Fifteen Years Ago Today, LeBron James Was Drafted First Overall By The Cavs 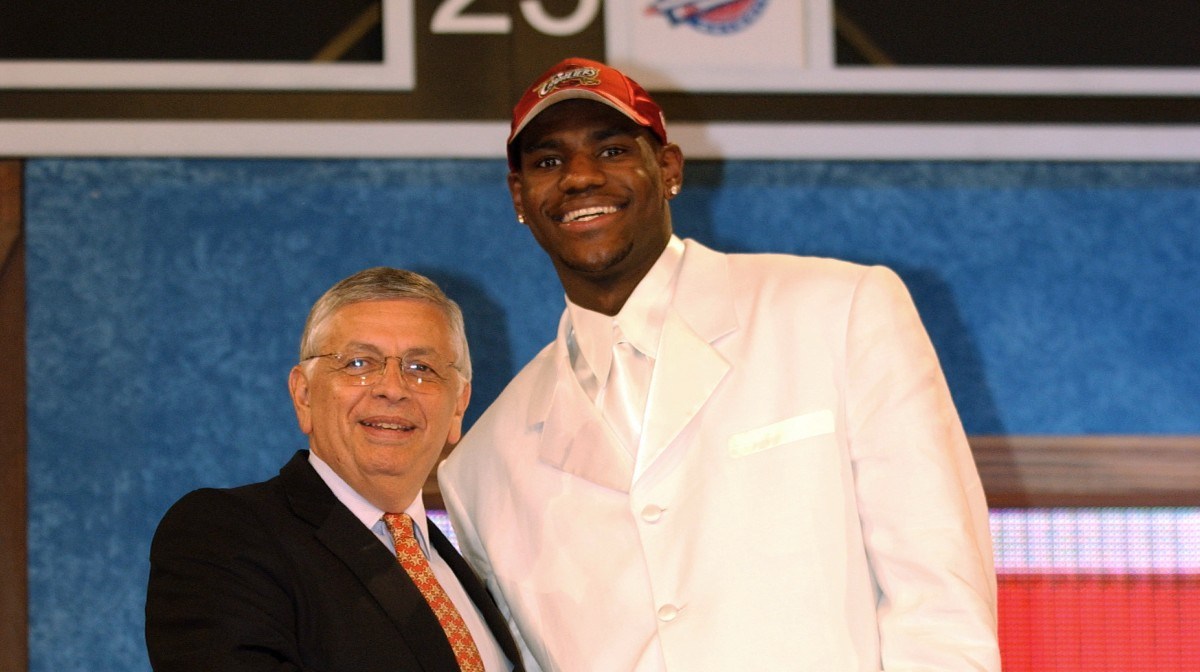 Today is a good day to look back on and remember if you are a Cavs fan. On this date fifteen years ago, Cleveland selected LeBron James with the first overall pick in the 2003 NBA Draft.

A lot has transpired since June 26, 2003, as we all know. But that day was the beginning of an era that has put the city of Cleveland on the sports map for the better part of a decade-and-a-half.

James was not the only star to come out of that particular draft. The 2003 draft class is highly-considered the best class of all-time. Aside from LeBron, the NBA welcomed Dwyane Wade, Carmelo Anthony, and Chris Bosh. It also produced current Cavaliers shooting guard Kyle Korver.

Relive the moment when LeBron was drafted by the Cavs with the video below:

And of course, who could forget all of the priceless comments made from that 2002-03 Cavaliers roster that netted the franchise the top pick in the draft that year?

"If he comes, he can just hop on our bandwagon."

15 years ago today, LeBron was drafted 1st overall to the Cavs. His teammates at the time weren't too impressed, though. pic.twitter.com/MjlPHGJRO2