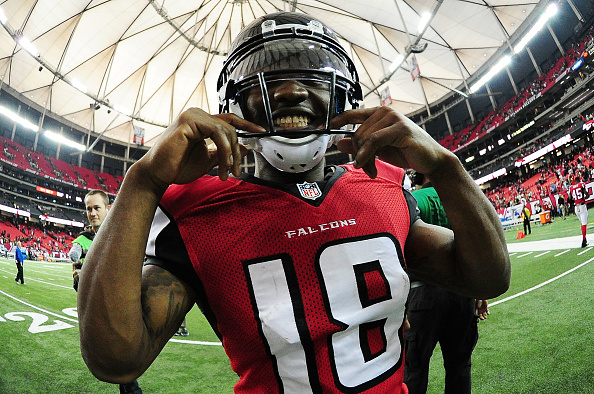 Former Browns wide out Taylor Gabriel has found new life down south in Atlanta, where he’s become a force for the first-place Atlanta Falcons.

Sunday Gabriel had a big game for Atlanta, scoring twice and catching four passes for 75 yards. The speedy wide out has 23 grabs this season for 303 yards with three total touchdowns, and seems to be getting more and more looks from Matt Ryan and the Falcons offense.

The Browns, who inked Gabriel as an undrafted player in 2014, released him back prior to the start of this season, and today the Falcons sent the Browns a tweet thanking them for the ability to pick him up.

Of course Gabriel isn’t alone in Atlanta, as another former Brown, center Alex Mack, is also on the Falcons roster enjoying being in first in the NFC South as the Browns undergo possibly their worst season in franchise history.