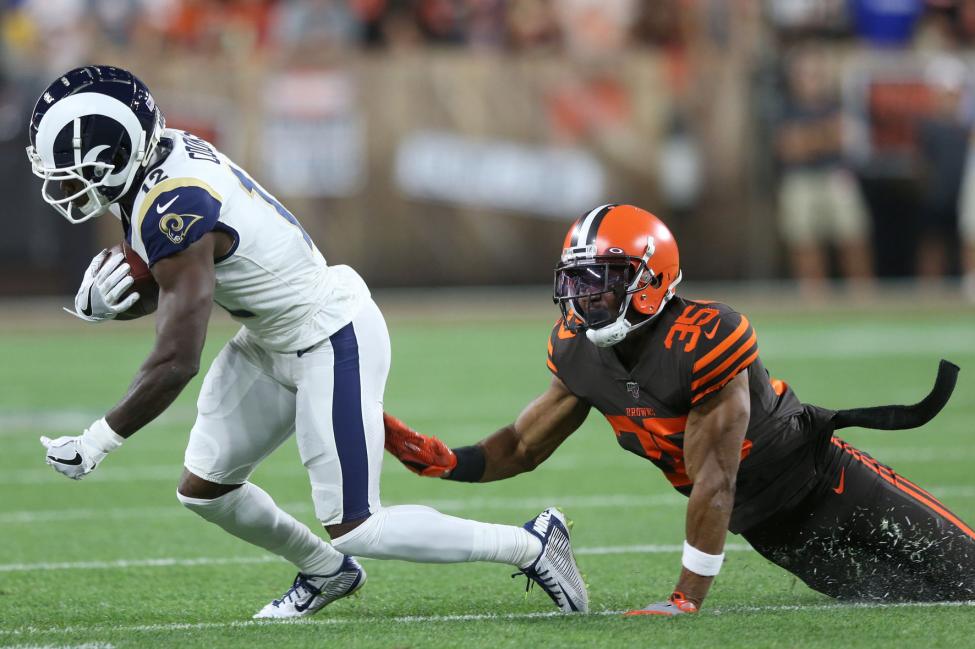 Realizing that he put his NFL career in serious jeopardy with his actions just after the loss to the Broncos on Sunday, ex-Browns safety Jermaine Whitehead apologized on his Instagram account Tuesday for going after both fans and media with threats of violence.

I would like to take this opportunity to apologize for my actions following our game with Denver. That was totally out of character for me. I do not justify my actions, but was extremely frustrated with the way I had played and our team losing because of it. I was playing with a broken hand, but that is no excuse for my actions, and I am deeply regretful.

The Browns didn’t waste time in waiving Whitehead early on Monday morning. Prior to that they put out a statement after Whitehead’s tirade stating that they did not condone his statements.

The 26-year-old is in his fourth NFL season after going undrafted out of Auburn in 2015.

He was claimed by the Browns in November 2018, a day after the Green Bay Packers released him following an ejection for slapping an opponent in the face mask.