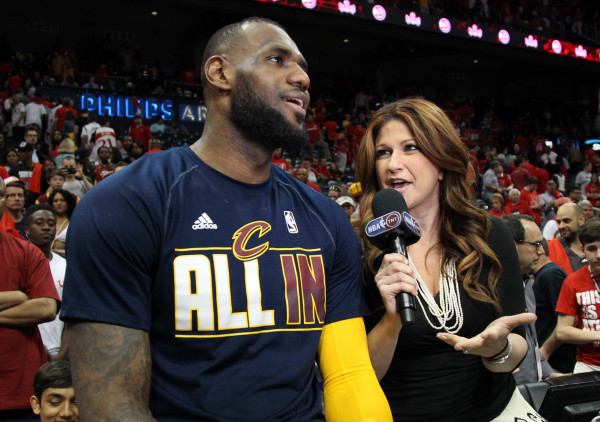 Count ESPN reporter Rachel Nichols as the latest to gives some love to the Cavaliers and the City of Cleveland.

In a TwitLong sent out earlier today, Nichols said for those that are calling the Cavs ‘lucky,’ it couldn’t be further than the truth.

Here’s what she said:

To all the people in my mentions saying the Cavaliers are “getting so lucky”…this is a city that has not seen any of its three pro sports teams win a championship in 50+ years.

This is a franchise that last postseason lost two of its three best players. This is an area of the country that is sometimes so thoroughly swarmed with tiny flying bugs that visitors wonder if the Ten Plagues have started.

Hard to say that just because both the Cavaliers’ potential Eastern Conference Finals opponents are being hit with injuries, the team and its fans are now in the ‘plus-column’ in the luck department.

Nichols has been to many Cavaliers big regular season as well as playoff games in the past, and there’s no doubt a comment like that above will endure her to the city for being on their side.

Video: Watch the Highlights of the Cavs Game Four Win Over the Hawks
NEOSI’s Six Pack of Random: Cavs, 30 for 30, and Cleveland Marathon