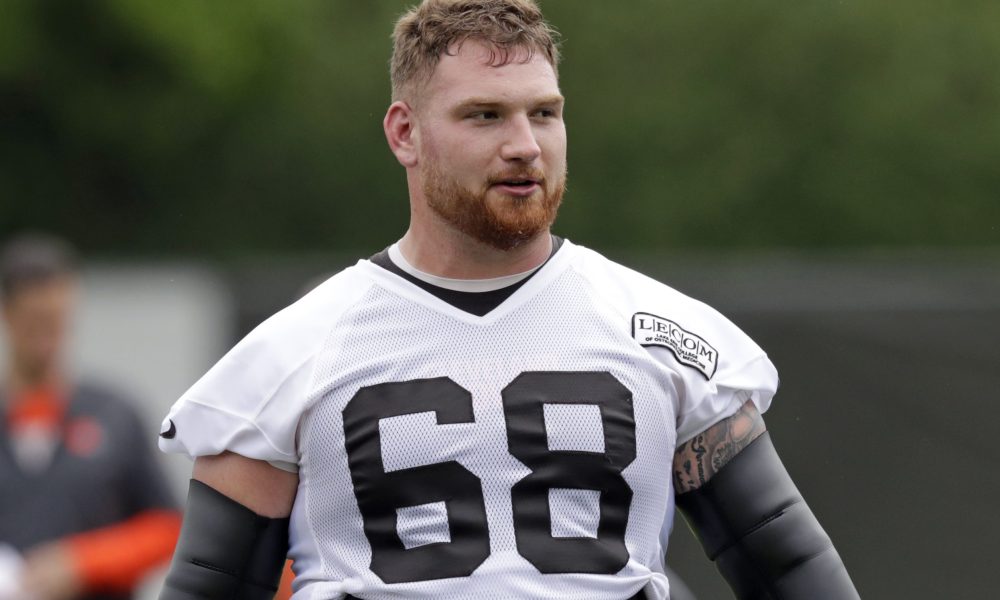 There’s a reason the Browns put out their first depth chart yesterday with the label “unofficial.

Despite the fact that it showed 2018 second-round pick Austin Corbett as the starter at right guard ahead of Thursday’s first preseason game, it was seven year veteran Eric Kush holding down the starting job on Day 11 of training camp. Tuesday marked the third consecutive practice where Kush was seen starting at RG during team drills.

While that may suggest that Kush is starting to take the lead in the on-going battle at the position, head coach Freddie Kitchens says Kush still has work to do.

“We like Kush, that’s why he’s here,” Kitchens said. “But again, he needs to string together days. Good days. Consistent days. I don’t mind not being the best at anything. I just wanna know what we’re getting when you go out on the field.”

Regardless of what Kitchens says, three straight sessions of work as the starting RG suggests that he likes what he’s getting from Kush more than what he’s seen from Corbett or Bryan Witzmann. Those three have been rotating at the position for most of camp.

“I don’t know that he gets the shot cause he has experience in the league, we judge off what we’ve seen,” Kitchens said of Kush. “That’s where it starts and it’s a fluid situation.”

Thursday’s preseason matchup with the Redskins should provide further evidence as to who has the inside track at right guard. If Kush is out there with the ones as he’s been at practice, it’s a safe bet that he is the current leader in the clubhouse to land the job. To Kitchens point though, the situation is still very fluid. A lot can change over the course of the next four weeks.