We all know how much Cleveland fans love to hear from people from the area and their love of the city and the sports teams. Add quarterback draft prospect Mitch Trubisky to that list of those that love Northeast Ohio and the Browns.

In a recent College Column in Monday Morning QB, Trubiksy was quoted in no uncertain terms stating that he roots ‘for Cleveland everything’ and that how no one knows about loving the city of Cleveland ‘unless you’re from there.’

Here’s a pic of the exact quote. 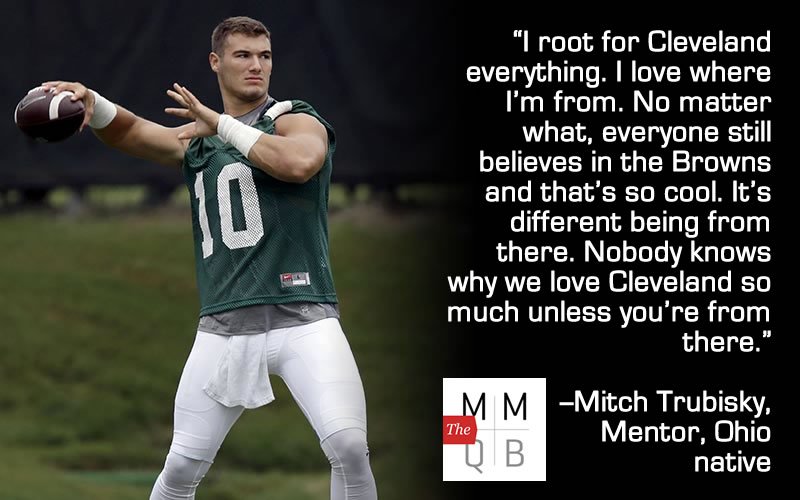 While it’s an endearing quote for Cleveland Browns fans that want the team to take the quarterback, it’s probably not going to change the game plan of the team to suddenly take Trubisky if they already have their minds made up on another player.

Then again, you never know.