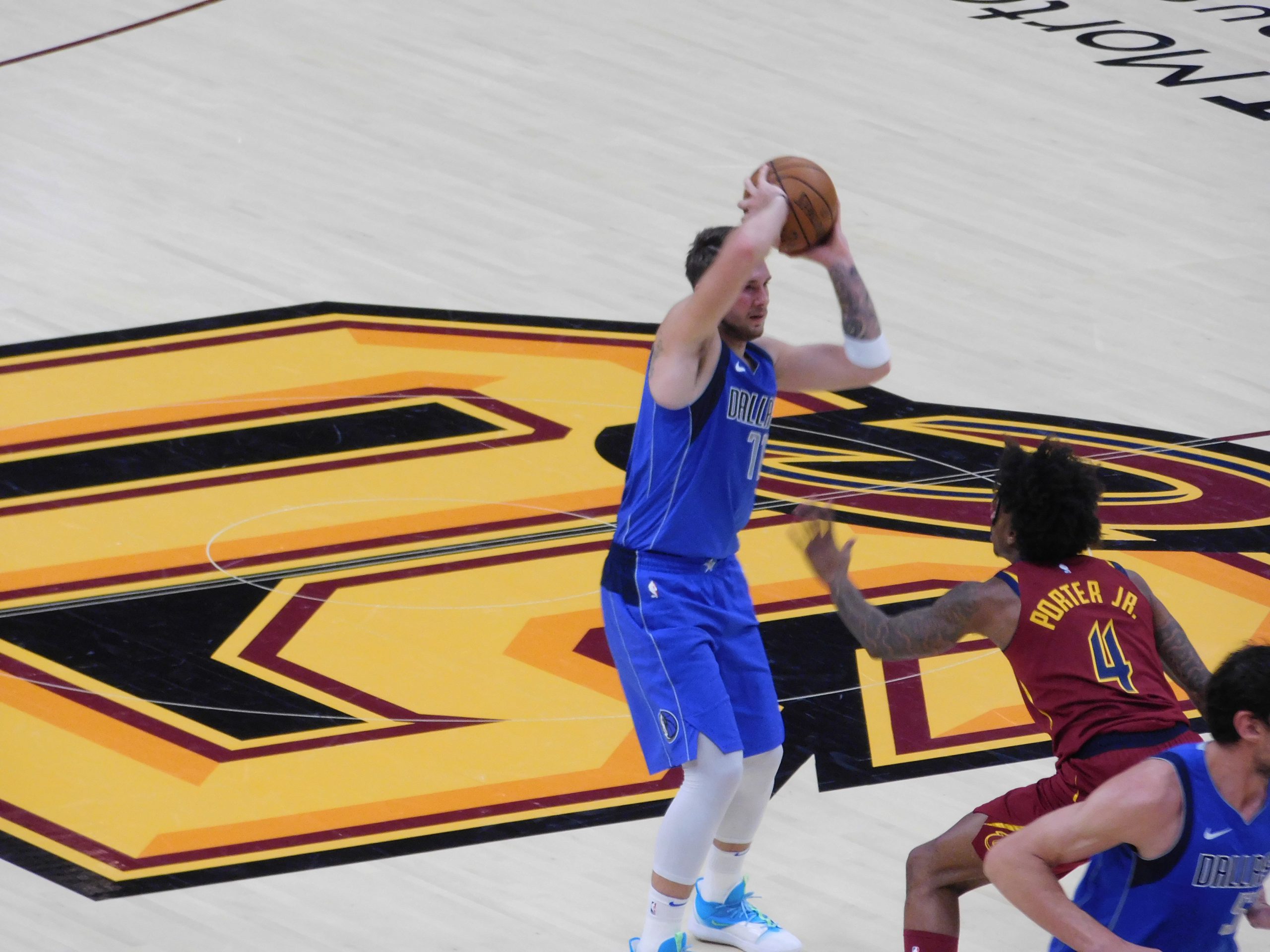 Cleveland- The Cleveland Cavaliers quest for perfection at Rocket Mortgage Fieldhouse came to an end Sunday night, when the Dallas Mavericks walked out with a 131-111 win.  The Cavaliers did their best to hang with the (3-2) Mavericks, but the talent of Luka Doncic was the difference as the game wore on.

It is no secret that Doncic is a special player, most of the NBA was put on notice by the Slovenian last season when he won the NBA’s rookie of the year. Unfortunately for the rest of the league, Doncic seems to be better this season, and Sunday night he made sure to entertain the Cleveland crowd. The city of Cleveland is home to one of the largest Slovenian populations in the world, and its become a special place for the Mavericks point forward.

Doncic finished the game with one the smoothest triple-double’s you’ll ever see, 29 points, 14 rebounds and 15 assists. For a city that had the pleasure of watching their own superstar for a long time, Doncic left his mark in Rocket Mortgage. Sunday was the second straight game in which Doncic recorded a triple-double, his 11th in his career, which is the most by a player under 21 in NBA history.

While Doncic was pushing the Mavericks forward, the Cavaliers Kevin Love did his best to keep the Cavaliers in the ball game. Love knocked down four three-pointers in the games first 12 minutes, the only problem was he’d make one in the remaining three quarters. The Cavs All-Star finished the game with 29 points and 8 rebounds, it was the first game of the season Love failed to record double-digit rebounds.

If the first quarter belonged to Kevin Love, then the second definitely was Jordan Clarkson’s. The Cavaliers guard has always been a spark plug for Cleveland off the bench, and Sunday he tried to do exactly that. Clarkson took notes from Love, as the Cavaliers guard knocked down four three-pointers of his own in the second. Just like Love, Clarkson only knocked one more down in the games other three quarters, finishing with 17 points off the bench.

Despite Love and Clarkson feeling it behind the arc, the rest of the Cavaliers offense could never find much of a rhythm.As a whole the Cavaliers finished just over 40-percent (39-96) from the field, while allowing Dallas to shoot over 53-percent. The two Cavalier guards Darius Garland and Collin Sexton did not have their most efficient games, but coach John Beilein was pleased with their control of the offense.

“They are running our team right and so it is really important that they get to know their role on the team. They’ll score a lot of points by just running our team both offensively and defensively. So it’s some great teaching moments for them and we put them back in the start of the fourth quarter. It didn’t go as well, but they will grow from it.”

Tristan Thompson continued his strong start to the season as the Cavaliers big man recorded his fifth straight double-double. Thompson finished with 11 points, 12 rebounds and four assists in 31 minutes. He was also tasked with defending the length of the Mavericks, something that makes Dallas difficult to guard.  After the game fellow Cavs forward Kevin Love talked extensively about the different challenges the Mavs presented the Cavaliers in the post.

“Oh my God, I mean Boban caught the ball one time and I thought he was going to pass it out when I checked him, but he just shot it over me. That was crazy. He’s super talented. He’s incredibly talented, and Carlisle is a master at fin din what you’re good at and finding your little thing you can do in this league or a couple of things you can do and getting the best out of it. So that’s what he’s done with Boban. But then you’ve got another guy who’s playing the four who can shoot it from 30 feet in Porzingis, who’s also 7’3 out there with Boban. The length is just incredible, so it’s really tough to test them in the paint. They shut it down in there. They converged down there. We need to be able spray out and hit some hockey assists and swing-swing passes. We just didn’t do that tonight.”

The Cavaliers return to action Tuesday night when they welcome the Boston Celtics. Boston comes to town (4-1) last playing Friday night against the Knicks, winning 104-102. The Celtics are lead by former Charlotte Hornet, Kemba Walker who is averaging 26 points and 5 rebounds per-game.