Did Former Browns Exec Joe Banner Slam Jimmy Haslam In a Tweet Today? He Says No 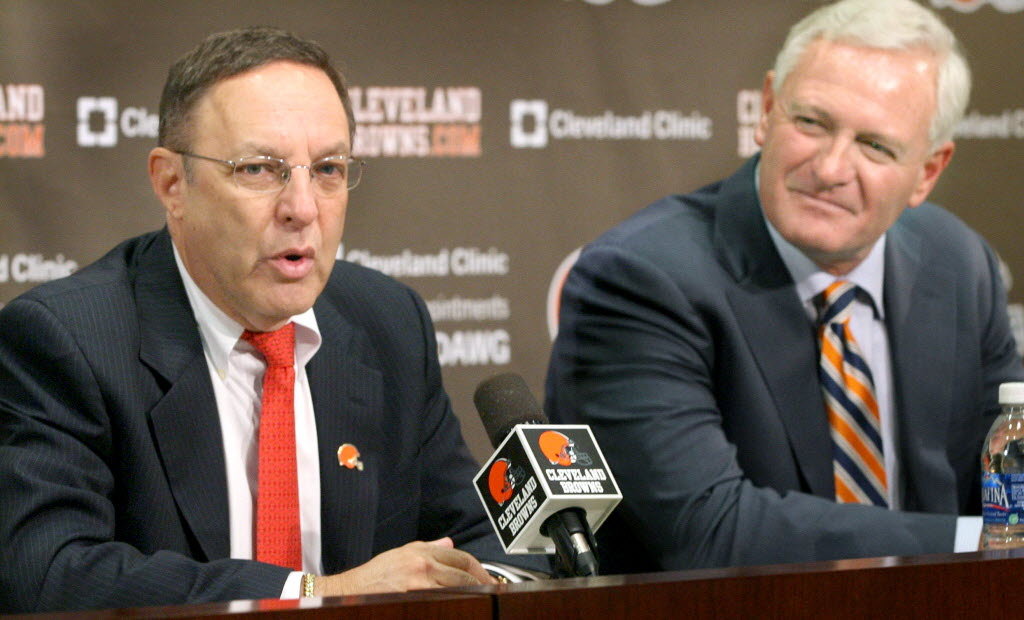 Call is ‘As the World Turns,’ or yet another day, another wild story coming out about everyone’s favorite hometown team – the Cleveland Browns.

A story out today on Pro Football Talk details a situation involving former Browns executive Joe Banner, and a tweet that was sent out earlier today that appeared to take a rather hard shot at Browns current owner Jimmy Haslam.

The tweet, which went out to his 27.3 thousand followers from his verified account @JoeBanner13, seemed to be more of a direct message. Here’s what the full tweet read. 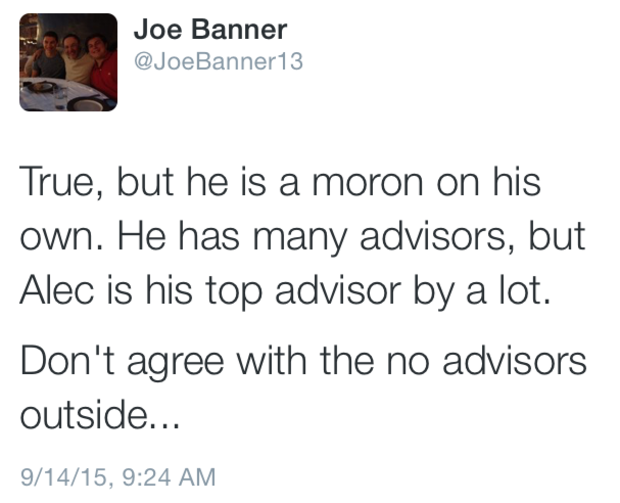 The way the tweet reads, it only seems to point to one thing – that being Banner was taking a shot at Haslam, and the ‘Alec’ in the tweet being Alec Scheiner, the Browns president who was hired during Banner’s time with the Browns.

Banner was fired by Haslam in early 2014, and since has made waves on twitter a number of times with comments, and also is helping out over at ESPN.

The former Eagles and Browns executive didn’t seem to enjoy people assuming who he was talking about, and since has gone into damage control over the situation, throwing out a tweet which stated he wasn’t chatting about Haslam.

My deleted message was absolutely not about Jimmy, so stop trying to create something where there is nothing.

If that’s the case so be it, then why delete the tweet and why not explain who in fact you were talking about to clear up the matter?

Yet another day with the Browns.