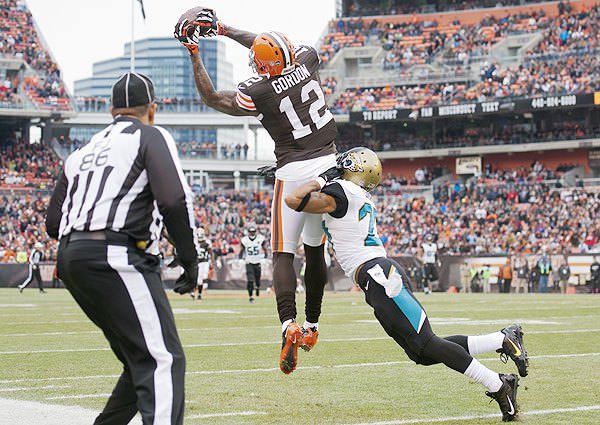 “He’s made a few mistakes in his career,” Whitner said, “and when you hit rock bottom the way he did, there’s nowhere else to go but up.”

“Over the last couple months, just watching him, watching Instagram and the hard work that he put in, the transformation that he made with his body, I remember seeing him at the 9 downtown and him being like 255 pounds, and then going on down to four or five or sixth months later, shedding 20, 25, 30 pounds and looking like he did before the suspension started,” he said. “I understand that he’s very dedicated. I understand that he can go out there and do anything he wants to do on the football field.”

Gordon has applied for reinstatement and according to Mary Kay Cabot, he will likely hear something from the league by mid-March.

It’s not a guarantee the league allows him back on the field and there are plenty of question marks about who will be quarterback of the Browns in 2016. Travis Benjamin is reportedly going to test free-agency and it could be crucial for Gordon to get back on the field and be close to the player he was before his career spiraled downwards.

Hopefully for the Browns’ sake they have at least one more playmaker to go along with Duke Johnson Jr., Gary Barnidge, and maybe Isaiah Crowell can play more consistently.