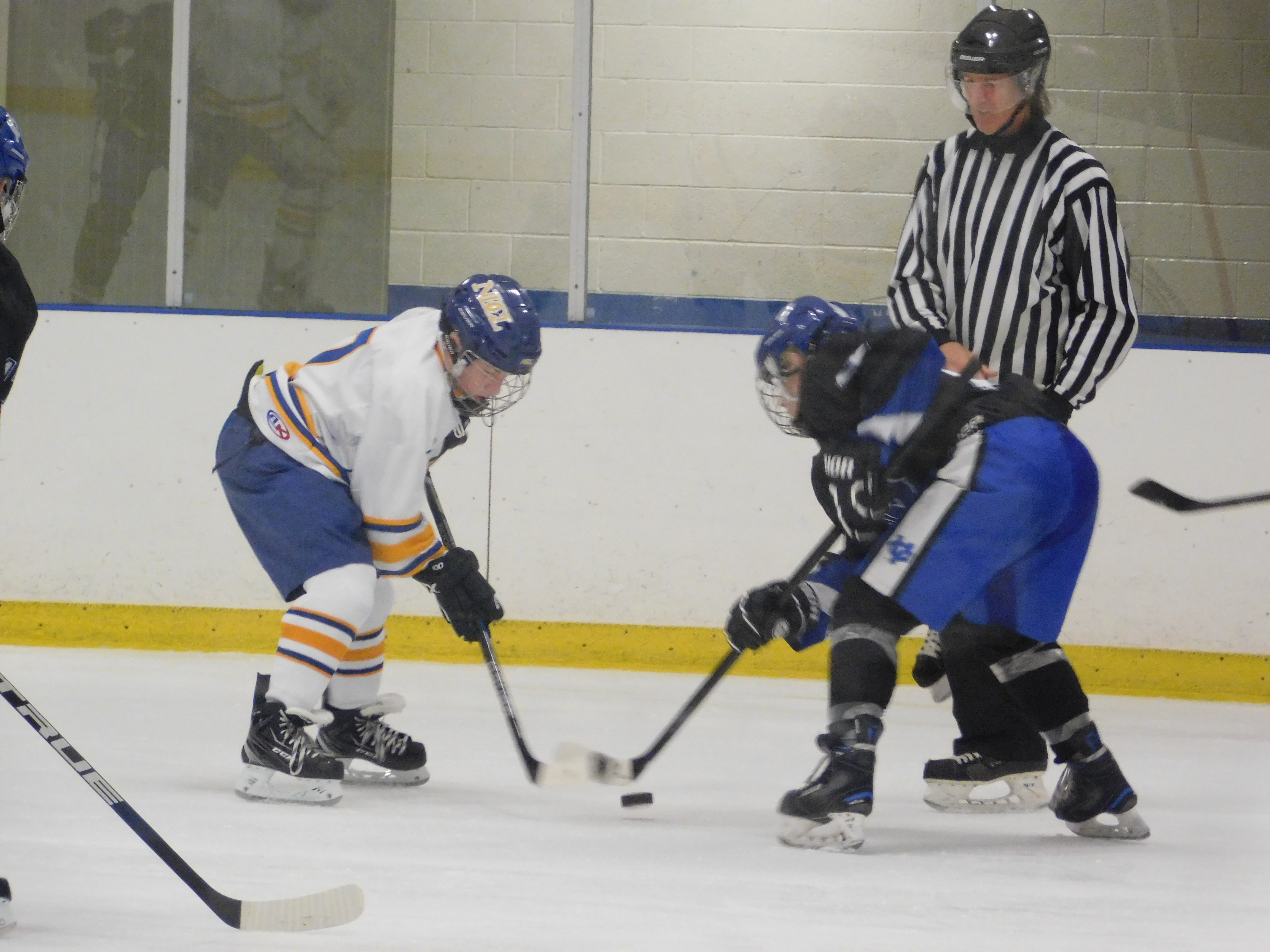 PARMA, OHIO – The NDCL Lions got off to a quick start Friday in the fourth game of the annual Bruce Anderson Normandy Holiday Hockey Tournament, but then the CVCA Royals took over, skating to a 11-1 win in Parma.

The Royals outshot the Lions 33-13 in the huge win, as CVCA looks to build off a 12-14-1 record from last season in play in the Blue North Division of the GCHSHL.

CVCA’s 11-goal performance was spread around, as eight different players found the net, with just junior forward Christian Beckett seeing the net more than once, as he scored three times, twice in the first and once in the second in the win.

JT Nichols got the start in net for CVCA, and he pushed back five NDCL shots before leaving the game in the second period. Gabe Hernandez got some time in the net in the final two periods, stopping eight Lions shots.

NDCL scored first to open things up, as 1:39 into the game Alex Stafford got one past Nichols to give the Lions a quick 1-0 lead. Brendan Boland was on the assist for NDCL on the goal.

The Royals responded quickly, as with 10:39 to play in the first Beckett scored the first of his three goals to tie the game at one. 1:05 later it was junior defensemen Jack Perrotta scoring to make it a 2-1 Royals lead.

CVCA kept the flurry up, as Beckett put the Royals up 3-1 after the first period with another goal, this time coming with 4:57 left to play in the first.

The Royals outshot NDCL 12-2 in the opening 15 minutes.

Things didn’t get any better for the Lions, as CVCA put up four goals in the second period to take a 7-1 lead after two periods, again outshooting the Lions 12-5 for a game total at the time of 24-7.

Dylan Ferrari, Beckett, Jaxson Bernkopf and Luke Perrotta all found the back of the net to give the Royals a six-goal edge after the second period.

They didn’t stop, as they again put together solid play on offense in the third period, and lit the lamp three more times, taking home the easy 11-1 win.

In the final period it was Gabe Dearden, Zach Miller, and Michael Raymer all scoring goals to send the Royals to the big tourney victory.

The Royals will be back on the ice on Saturday at 6:35pm as they will take on the Canfield Cardinals, who won a hard fought game Friday 4-2 over North Olmsted.

The Lions will be back in action on Saturday, as they will battle the Bay Rockets at 8:15pm.

Click the Pages for Pictures of the matchup between NDCL and CVCA!