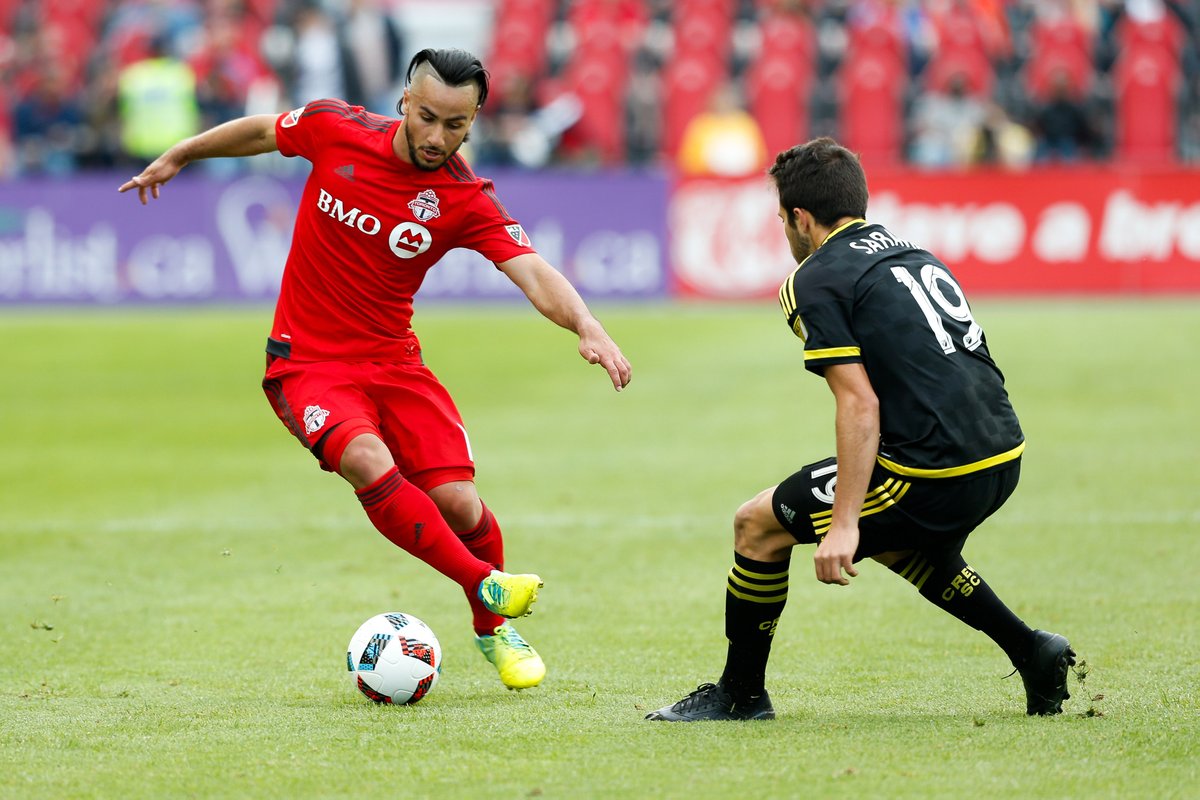 The Crew SC season can be summed up into one word; hangover. Granted they did not win the title last year, but they clearly had plenty of success last year making it to the finals. So why wouldn’t you come into this season with a hunger for the title since you were that close last year?

Columbus went down early in the 8’ when Toronto forced a turnover in the Crew SC defensive third and former league MVP Sebastian Giovinco hit a wonder strike from nearly 30 yards out which deflected off the back of his teammate Tsubasa Endoh and past Crew SC keeper Steve Clark.

And Toronto would score again in the 24’ with a contested strike in the box from none other than Giovinco weaved his way through the Crew SC defense with a nice one-two give and go pass from Jay Chapman. The First half would end Toronto up 2-0.

And then once again, the Crew SC finished the game in true season-like fashion. In the 87’ Jozy Altidore scored from close range, assisted by, once again, Sebastian Giovinco after Michael Parkhurst contested the shot and had it go right through his legs and into the net. The game would finish 3-0 Toronto.

Toronto in my opinion is the team to beat in the East. With Giovinco, Altidore paired nicely up front, complimented by Michael Bradley in the midfield when he comes back from injury in two weeks, they could be the most dangerous 2, 3, or 4 seed we have seen in the playoffs. But with that said, Crew SC did not give them much of a challenge. The Crew SC’s over all record is now 3 wins, 8 losses, and 10 draws and remain winless on the road.

Next on the schedule is a home match Saturday August 13th at 7:30 PM ET against New York City FC. New York City FC is the top team in the Eastern Conference by 4 points ahead of the New York Red Bulls, so needless to say the Crew SC wil have their work cut out for them in 2 weeks. Keep your heads up Crew SC fans, we just need to ride the rest of the season out and be there for each other.

Crew Cap: Columbus can’t keep it together for 90 minutes…again
The Crew Cap: Stoppage Time Craziness Results in a Draw