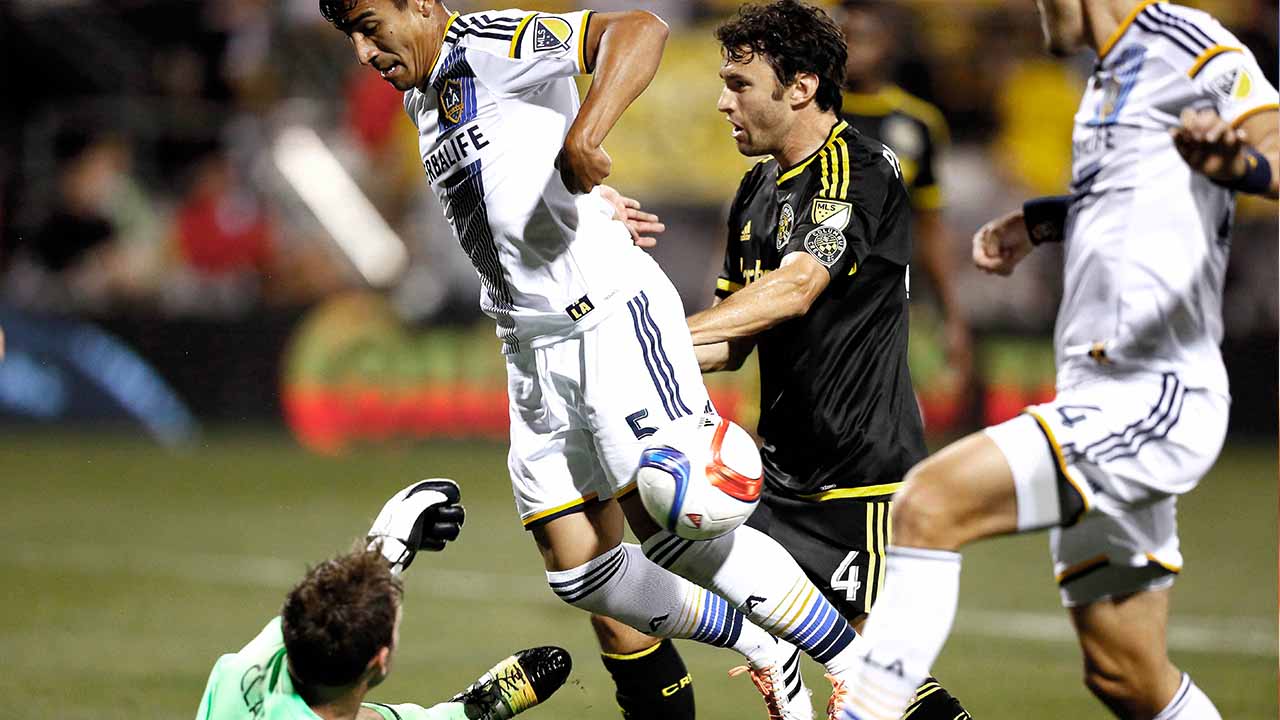 The Crew came into this match winning 2 of their last 3 matches and seemed as though they were gaining some momentum towards the playoffs. However, despite an energetic start and generating several scoring opportunities, Crew SC took the loss Saturday night 2-1 in a match that will certainly leave a bad taste in the mouth of all involved with Crew SC.

Columbus stood toe-to-toe with the L.A. Galaxy right up until the 78’ minute. With a simple uncontested pass from fellow Galaxy teammate Sebastian Lletget, Baggio Husidic would blast a shot from outside the box into the far upper 90-corner past Columbus net-minder Steve Clark with pin-point accuracy and fantastic velocity (truly one of the better goals/shots I have seen this season).

The Galaxy would extend their lead to 2 in the 82’ when Crew SC turned the ball over at midfield and left Giovani dos Santos with a break away. Dos Santos would finish off the break with a chip-sot finessed over the head of Clark.

The lone goal scored by the Crew SC would come off a blocked penalty kick 2 minutes into stoppage time, taken by Ola Kamara, but put into the back of the net by Adam Jahn who was able to maintain his pursuit and stay mentally engaged.

The match would end Los Angeles 2, Columbus 1. Crew SC not only generated more opportunities than the Galaxy, they looked like the better team tonight. But much like hockey, statistics can only account for so much when luck is or isn’t on your side.

Columbus has very little time left to get these things called “wins”. Despite the loss, and thanks to other teams losing, Crew SC is still within striking distance of the red line.

However, ties will not work, the team needs wins, especially against the upcoming opponents who are right on the red line and also looking to make a run at the playoffs. Teams such as Orlando, New England, Chicago and D.C. are going to be looking for the same thing Crew SC will, a playoff spot.

Next up for Crew SC is an unfamiliar foe. The Vancouver Whitecaps FC will make their way to MAPFRE Stadium for a 6:00 PM ET kick off on September 10th for the first and last time of the season. Only 8 regular season matches left, be sure to check out the Crew SC while you still can.