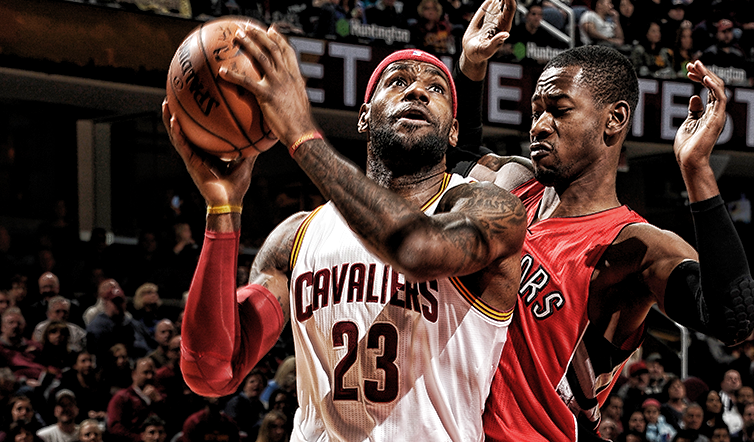 Less than 24 hours after leading his team (yet again) to the NBA Finals, the sports world remains abuzz about the outing for Cavs star LeBron James.

James is the talk of the sports world after putting the Cavs on his back in game seven of the Eastern Conference Finals in a win Sunday over the Celtics.

One Cleveland sports figure who was asked and spoke about James today is Indians manager Terry Francona, who was more than impressed with the effort by LBJ. 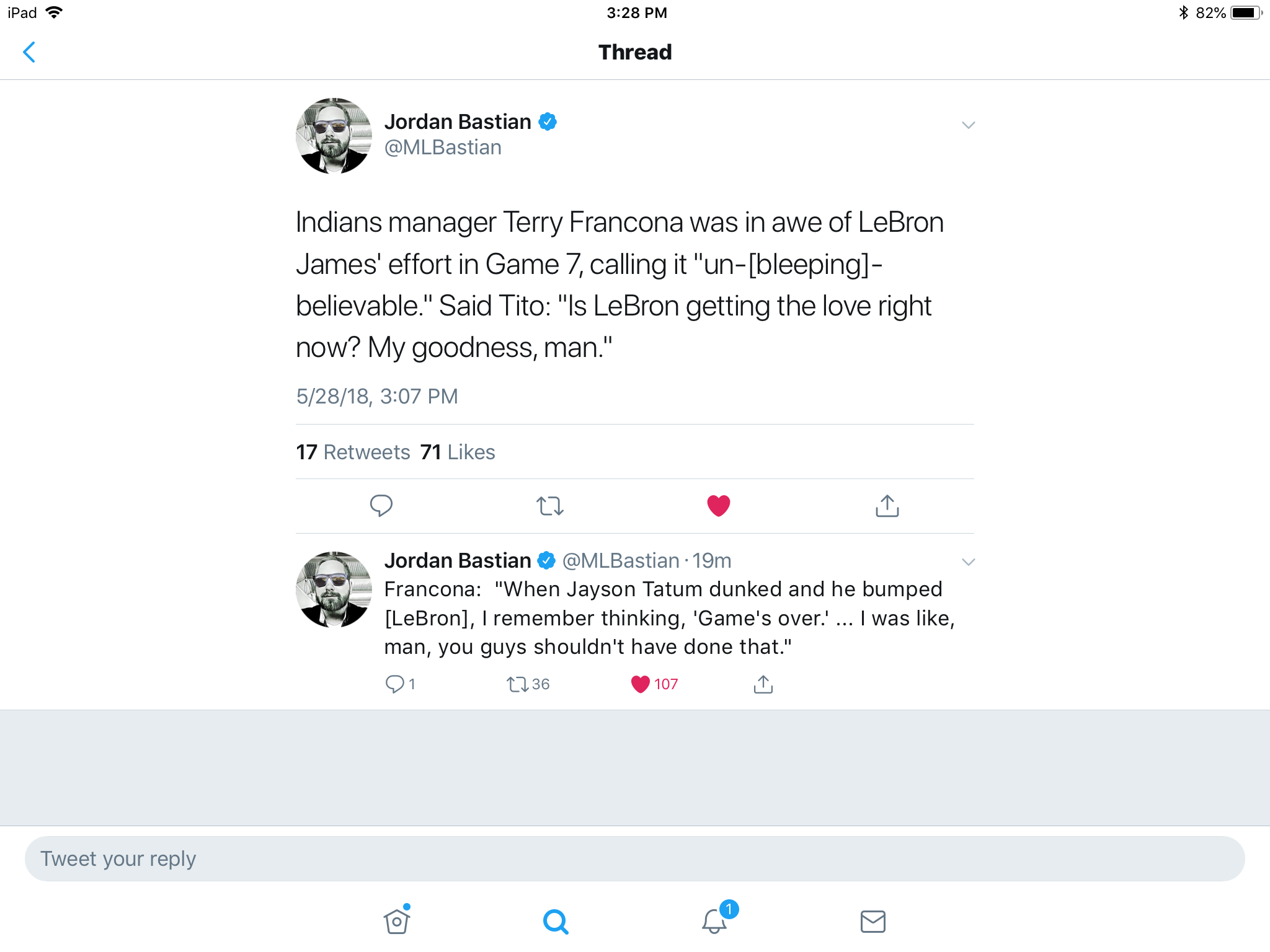 James and the Cavs will sit back and watch tonight to see who they will play in the NBA Finals, as the Warriors and Rockets go to battle in game seven in Houston.