Could Johnny Manziel Be Back at QB Next Week vs the 49ers? 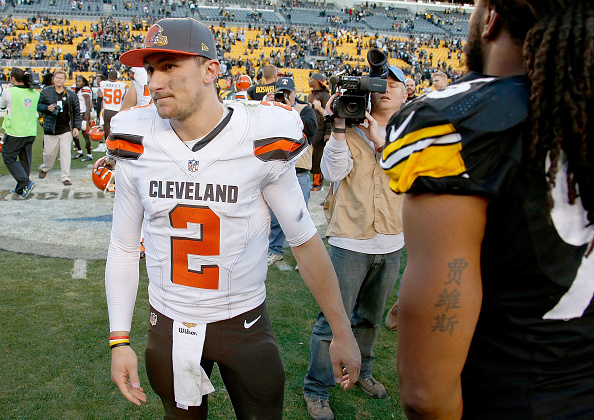 It seems there’s never a Sunday morning that the Browns are not in the NFL pregame news segments in some regard, and today it happened once again.

Today’s news is about backup QB Johnny Manziel and if he will ever be able to get back on the field, and if it will be in Cleveland.

NFL Media Insider Ian Rapoport on NFL Network’s GameDay First on Sunday morning stated that there’s a shot that Manziel will start again this season for Cleveland, and it could be as early as next week against the 49ers at home.

Rapoport says that Browns coach Mike Pettine is simply trying to “exert his presence” by keeping Manziel on the bench. If Pettine doesn’t start Manziel, it could be another wedge between he and the front office, and more signs he could be out the door at the end of the season.

If Johnny is back in the lineup could also come down to if Austin Davis plays well against the Bengals at First Energy Stadium.