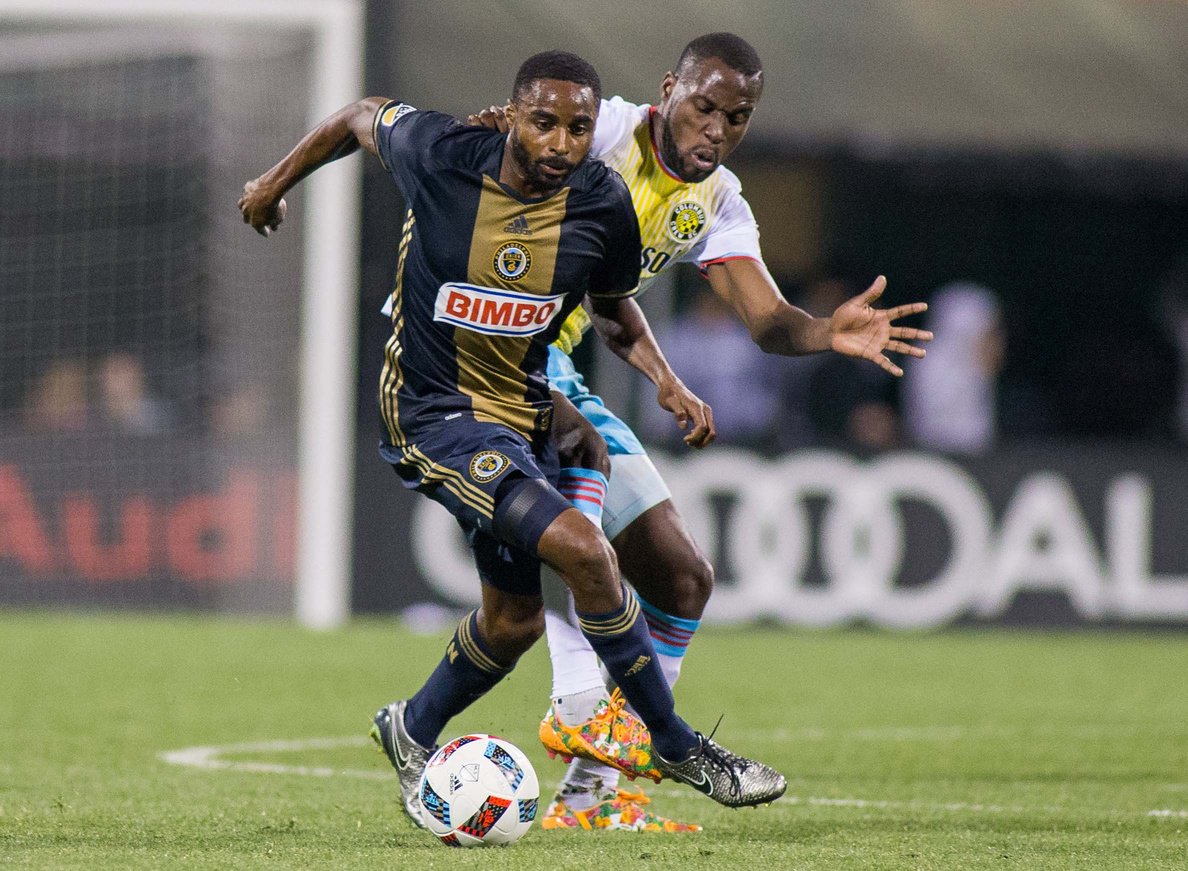 The Columbus Crew SC met the Philadelphia Union for the third time on Wednesday. Philadelphia won the first two matches in May and June, winning each by one goal. It was more of the same as the Crew fell 2-1.

The Crew SC ended their 10 game winless streak on the road against the New England Revolution which left the Columbus 5 points below the red line in the conference.

The Crew SC looked good throughout the first half. They did not look like a team who had lost twice already to their opponent. Despite the first half going scoreless, Columbus was still able to create some opportunities. Ethan Finlay was able to make contact and put a header on goal thanks to a cross from Justin Meram who was not shy and looked to be putting more effort into chasing down 50/50 balls, and his distributing.

As for he second half; at the hour mark, Philadelphia’s Fabian Herbers would put The Union on the board first from close range by taking a second bite at his own initial blocked shot.

Then in the 73’, helter skelter would ensue inside the penalty area of in front of the Union goal off a Fererico Higuain corner kick and a Toni Tchiani header off the cross bar for recent sub Adam Jahn to push just barely over the line for a score and a tie game.

But not seconds later, Philadelphia would go back on top with a goal from Keegan Rosenberry assisted by Tranquillo Barnetta in the 74’. That was classic Crew SC letting their guard down right after they score. It is the only scenario that can truly explain Crew SC’s season.

The Game would end 2-1 Philadelphia. The Crew SC’s overall record for the season is now 4 wins, 9 losses, and 11 draws.

Next up for the Crew SC is another home match on Saturday, August 27th at 7:30 PM ET against the San Jose Earthquakes. San Jose is just one point off the red line in the Western Conference so they will be looking to come out with an objective other than winning; which is simply to make the playoffs.

The regular season ends October 23rd and there only 10 more games left, so be sure to check out the games before they end and even consider making a trip down to Columbus and see the action in person.