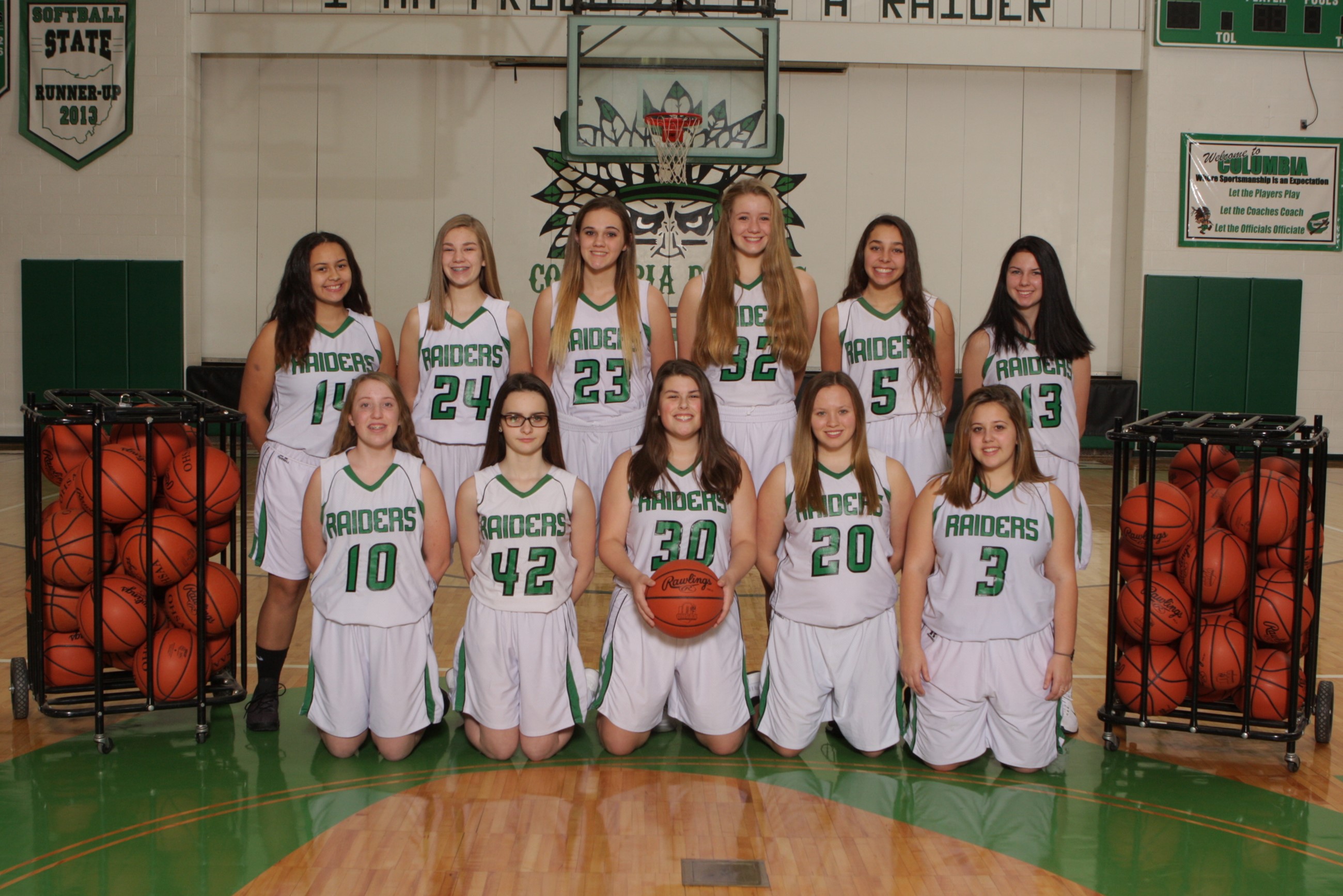 SHEFFIELD, OHIO – The Columbia Lady Raiders improved their record to 3-0 with 50-44 victory over the Brookside Lady Cardinals on Saturday afternoon.

Brookside (0-2), behind senior Katlynn Vanzant’s 19 second-half points, rallied to tie the game at 39 after scoring the first eight points of the fourth quarter.

But, the Raiders responded, taking advantage of the double bonus at the foul line to win going away.

Vanzant led all scorers in the game with 25. No other Cardinal was in double figures.

Columbia senior Danielle Matzelle was the Raiders’ high scorer with 20. She connected on 12 of 16 free throws—7 of 10 in the fourth quarter. Junior Serena Goode tallied 11, including a trio of 3-point shots in the first half to help establish the early lead for Columbia.

In the final totals, Brookside scored 18 baskets to Columbia’s 14, but a 17-4 advantage in free throws made was key to the Raiders’ victory.