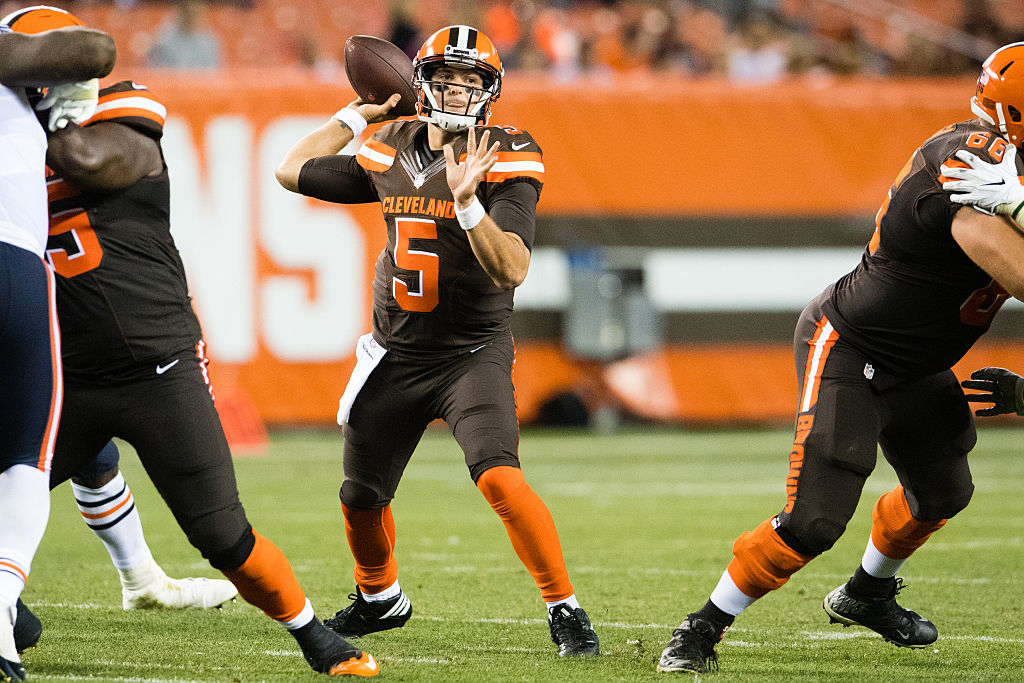 The Browns will look to end the 2016 season with a two-game win streak as they head to Heinz Field Sunday to take on the AFC North Champion Steelers with a 1pm kickoff.

Pittsburgh has nothing to play for after a thrilling 31-27 win on Sunday at home over the Ravens to clinch the division in a game that came down to the final nine seconds.

While it seems like they will rest nearly all of their starters for their wild card playoff game the following week, the Browns will do what they can to try and beat their rivals and end the year on a high note.

The team though looks like they will be going with Cody Kessler at quarterback, as Robert Griffin III is still in concussion protocol, and it looks like from today’s release of the depth chart Kessler will get the snaps on Sunday.

Griffin III left Saturday’s win over the Chargers with just under 11 minutes remaining in the game to get checked for a concussion, and Kessler finished up the teams’ first win of the season.

“There’s a possibility (Kessler) may have to (start),” Jackson said Monday, “but we’ll go through the week and see where Robert is and go from there and determine that decision.”

For now, Kessler is the starter, and he’ll have a chance to give Browns fans a happy memory heading into 2017.