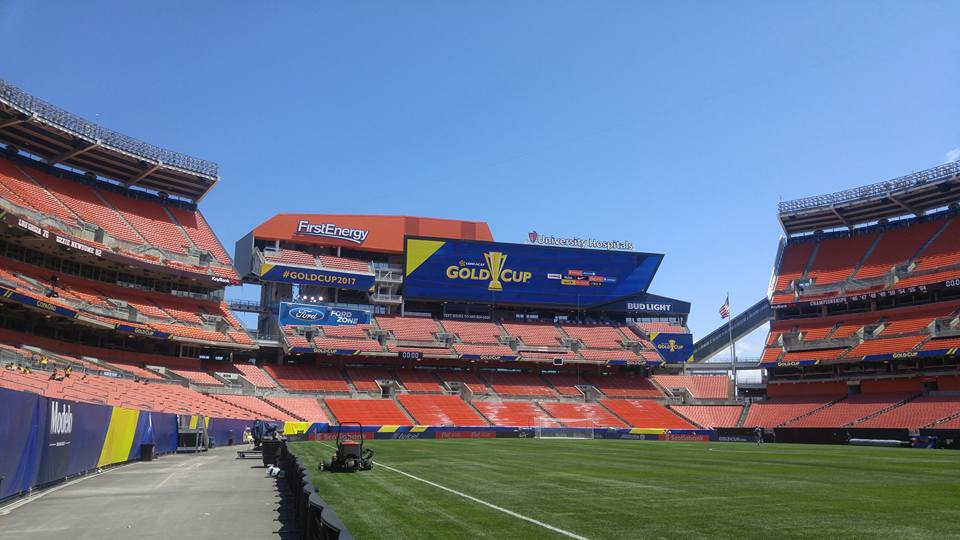 CLEVELAND – FirstEnergy Stadium, home of the Cleveland Browns, has been selected as a host venue for the 2019 CONCACAF Gold Cup, as announced today by the Confederation of North, Central America and Caribbean Association Football (CONCACAF).

It marks the second time the international men’s soccer tournament will have games in Northeast Ohio after Cleveland hosted a doubleheader featuring the U.S. Men’s National Team, Martinique, Nicaragua and Panama during the final leg of Group B play in 2017.

Through the partnership of the Browns, Greater Cleveland Sports Commission and City of Cleveland, Cleveland is one of 15 venues named as a host site for the 15th edition of the CONCACAF Gold Cup. More details – including dates, times and competing teams – will be announced at a later date after all qualifying teams are determined.

On June 12, the U.S. Women’s National Team will return to Northeast Ohio and face China in a friendly match at FirstEnergy Stadium. The team most recently competed at FirstEnergy Stadium during a rematch of the 2015 Women’s World Cup final and claimed a 2-0 victory against Japan in the second leg of a two-game friendly between the teams.

Prior to the 2017 CONCACAF Gold Cup, FirstEnergy Stadium also welcomed the U.S. Men’s National Team in 2013 for a game against Belgium, the first international soccer game at the stadium since 2006.

Taking place every two years, the CONCACAF Gold Cup is the official national team championship of the region, which includes North and Central America and the Caribbean. Drawing large crowds and millions of television viewers across the region, the Gold Cup is a celebration of soccer, sportsmanship, and culture.

In 2015, the Browns, with the City of Cleveland’s support, completed a two-year modernization project of FirstEnergy Stadium that began in 2013 to provide the team and its fans a top-tier facility for NFL games, as well as major events and concerts. More information about FirstEnergy Stadium is available on pages 419-421 of the 2017 Cleveland Browns Media Guide.

The 2019 CONCACAF Gold Cup is sponsored by Allstate Insurance Company, Cerveza Modelo, Nike, Scotiabank, and Toyota. The tournament will be broadcast across the U.S. on the Univision and FOX family of networks and transmitted on radio in Spanish by Fútbol de Primera Radio Network, as well as broadcast by television partners in countries around the world.

For more information on the tournament and host venues, visit www.GoldCup.org.