Cleveland Travels To Buffalo And Earns a 0-0 Draw 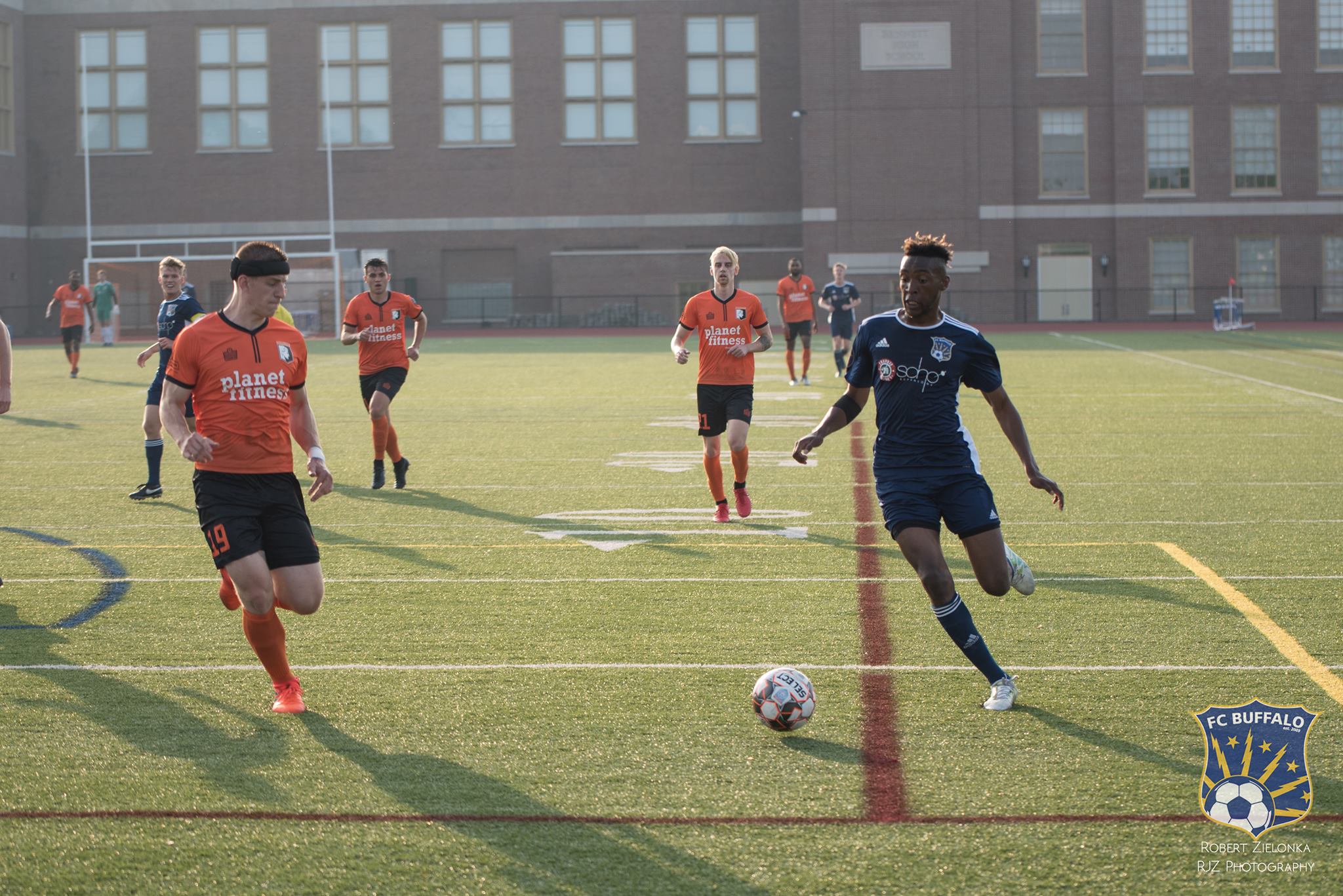 Cleveland SC dropped its first points of the season but kept its points and clean sheet streak alive with a 0-0 road draw in Buffalo Friday.

Cleveland SC and Head Coach Ryan Osborne knew FC Buffalo’s attack posed the biggest challenge to date for the visitors, and they proved to be up to the challenge by stifling Akean Shackleford, Bayley Winkel and the rest of the talented FC Buffalo offense.

Chances were aplenty for both sides in the back-and-forth contest between the two NPSL Midwest East Conference opponents. Forwards Riley Grant, Antonio Manfut and Vinny Bell each created great chances for Cleveland SC to go ahead in the first half that either just missed the goalframe or was saved by FC Buffalo goalkeeper Steven Casey.
Casey’s seven-save performance, including a miraculous save against a first-half shot redirected by Vinny Bell, stood out among many great performances by both teams Friday night.

Cleveland SC Man of the Match James Haupt, goalkeeper Mikal Outcalt and the rest of the Cleveland SC defense stopped an FC Buffalo team that had scored seven goals in its previous two matches.
“Not the result we wanted on the road,” said club captain Outcalt. “I felt like we deserved the win, but the other goalkeeper made some great saves. In the end, a point is a point and a clean sheet is a clean sheet, and so we’ll look to improve for next week.”

Man of the Match James Haupt spoke about the team’s performance in their first road trip, “Coming on the road in a tough environment is always hard to get points, so I was happy with the team’s performance. We created a lot of chances, if we put one away we’re talking about a different result.

Haupt added about the team playing on the road for the first time, “We started a lot of new guys so getting together as a team, getting used to some of the college guys coming in, we have a lot to work on before we play two games next weekend.”

Cleveland SC has a chance to repeat their dominant performance and earn the club’s first road win against Greater Binghamton FC Friday, June 8 and will return home Sunday, June 10 for a match with Fort Pitt Regiment.
Tickets for the June 10th match are now available at ClevelandSC.com. Kickoff is scheduled for 2:00 p.m.