Cleveland SC loses its Second in a Row 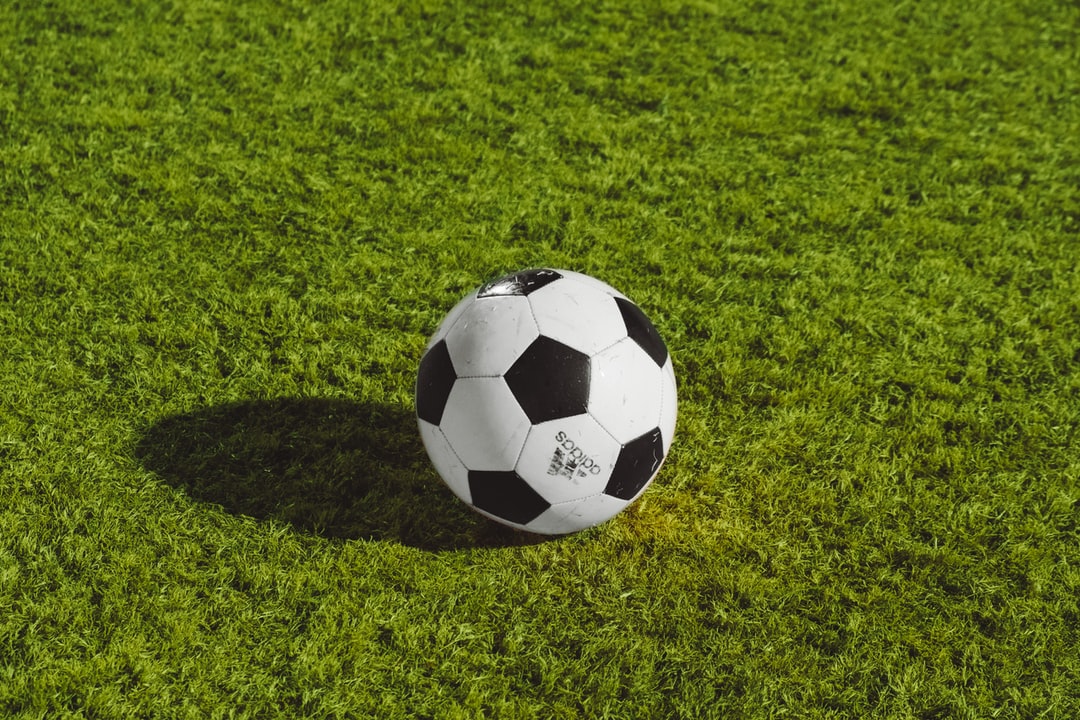 In 2019 Cleveland SC only lost three games the entire season. Last year, Cleveland’s only loss was in the National semifinal game when eventual champion Denton scored in extra time. So, if we include this season’s success heading into last weekend’s games, CSC had only lost four games in roughly four years. (NOTE: The 2020 season was canceled due to the pandemic.)

After last night’s game against Pittsburgh in George Finnie Stadium, Cleveland SC has now lost two consecutive games to the Hotspurs, both by a score of 2-1. Friday night’s loss is more painful since Pittsburgh (PHS) now takes sole possession of first over CSC in the NPSL Rustbelt Conference standings. Cleveland will travel to Akron on Wednesday while Pittsburgh will head home to take on third place FC Buffalo.

Cleveland, sporting the black tops and orange shorts, focused on not letting Pittsburgh, in their white tops and white shorts, do what they did last week, namely score in the very early stages of the game. Unfortunately, that would not be the case. 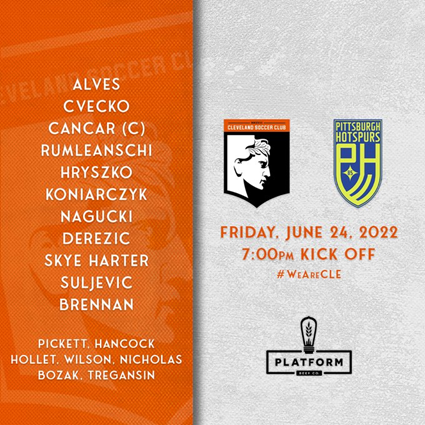 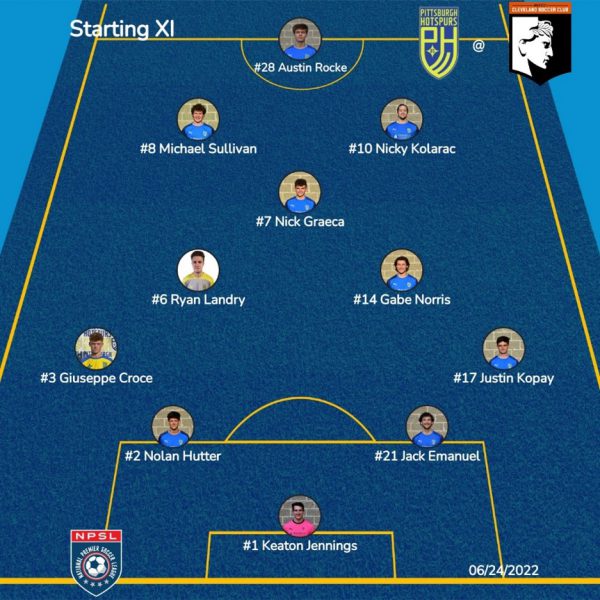 Nicholas Graeca, a midfielder from PHS, grabs a nice pass and finds space between the two Cleveland defenders, and slots a shot past goalie Pedro Alves for the first goal of the game. Cleveland looked to be playing higher defensively and Graeca found space from a nicely weighted pass to his feet by his teammate. 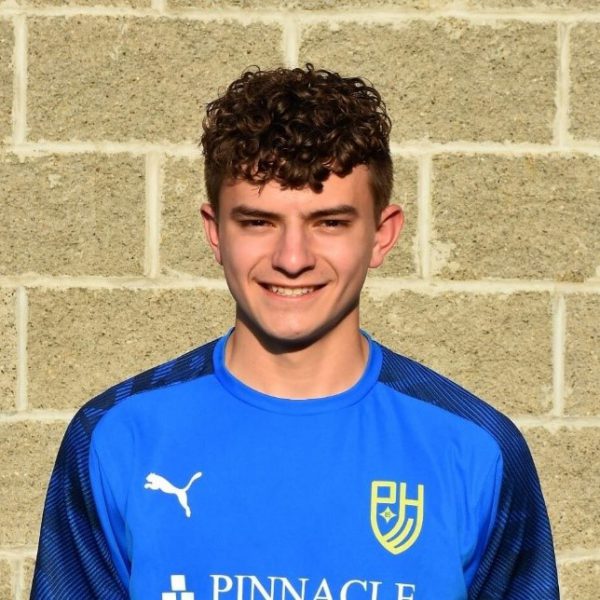 The game got very physical like last week. Austin Kolarac and Austin Rocke both were shown yellow cards early. Rocke’s was in the 28’ and Kolarac a short while later.

And again, like last week the men from The Land didn’t have much possession in the first part of the first half.

Cleveland got their first good look at the 30th minute as Chris Cvecko brought the ball into the right side of the box and appeared to be pushed in the box from behind. The referee didn’t give a penalty and Pittsburgh were happy with the goal kick. Soon after, Cleveland attacker, Chris Brennan, lost the ball and a Pittsburgh rush was on. Alves needed to make an amazing one-handed save one-on-one with Pittsburgh’s striker to knock it away and keep it at a one goal deficit. 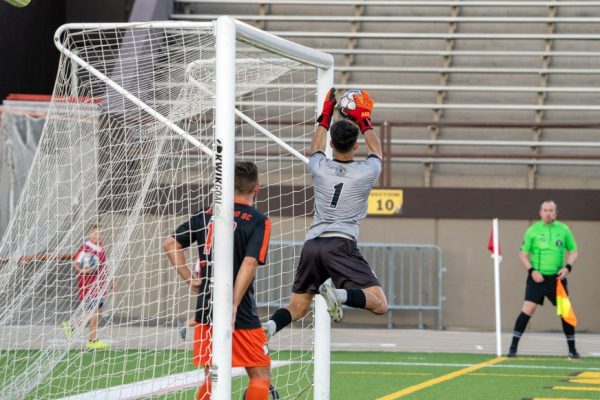 (Nice save by Alves. Photo by Josh Troche, @pedalstomper78)

Cleveland on the board!

Admir Suljevic, who had a solid game from box to box, had Cleveland’s first shot on goal at the 40th minute. Keaton Jennings, the PHS goalkeeper, made an excellent save to keep the clean sheet. But the resulting clearance led to a Cleveland corner.

Suljevic took the corner and passed it short to Chris Brennan. His shot appears to be headed by the PHS defender where it hits the top bar and comes back into the box. Cleveland defender, Alex Rumleanschi, was there to blast it into the net! All tied at 1-1! Pittsburgh wanted an offside call that was not given. The half ended with the score tied. 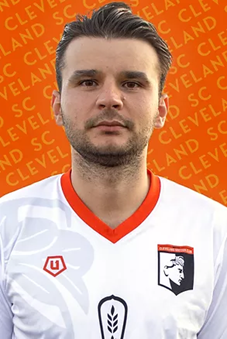 The first half saw much possession by Pittsburgh. They found a great deal of space between the CSC defense and the midfield and exploited that. Often, Mikey Derezic or Suljevic would be double teamed immediately upon collecting a pass, denying any attempt to set up the attack. The other problem for Cleveland is with Vinnie Bell out with injury, these attacks are hit and miss. Vinnie’s presence forces two defenders to always be aware of his location. Cleveland needs to find someone to dominate in that area of the pitch.

The first half saw much possession by Pittsburgh. They found a great deal of space between the CSC defense and the midfield and exploited that. Often, Mikey Derezic or Suljevic would be double teamed immediately upon collecting a pass, denying any attempt to set up the attack.

The other problem for Cleveland is with Vinnie Bell out with injury, these attacks are hit and miss. Vinnie’s presence forces two defenders to always be aware of his location. Cleveland needs to find someone to dominate in that area of the pitch.

Pittsburgh immediately subbed out Jack Emanuel for Bryan Akongo, and the quick, strong attacker changed the game from the kickoff to begin the second half. Akongo’s fresh legs and dominance were shown three separate times. 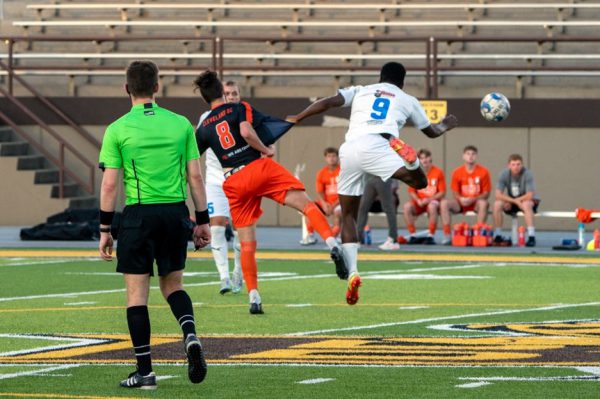 Akongo was finding space between Boban Cancar and Rumleanschi. Whether it was winning a corner in the 54’ or almost slotting a pass past a charging Alves 25 minutes later, Cleveland struggled with the coverage of the big forward.

In the 63rd minute, just subbed in Tate Mohney’s fresh legs again gave Cleveland fits. From a good pass by Akongo, Mohney got past his defender and Alves had to make a quick save to keep it level! Pittsburgh started to feel confident in their pressing, attacking style.

In the 75’ the men from Pennsylvania strike again. Charlie Lawrence gets around the CSC defense and sends a curling ball into the box that Alves clears away. But the ball bounces into space. Every Cleveland defender instead of moving to the ball, backed away as Nicky Kolarac, a Pittsburgh midfielder, drilled the loose ball in, making it 2-1, Hotspurs.

Pittsburgh seemed to be content with staying back, denying another goal for Cleveland. Cleveland had numerous chances with corners and breakaways, but missing that dominant Bell is hurting their scoring ability.

During the 72nd minute Cleveland is awarded their fifth corner. Rumleanschi, again in the right place to push it in, was denied by a super kick save from Jennings or a defender’s well-placed boot.

Pittsburgh nearly gave a huge gift to their Rustbelt competition. Shortly after the prior CSC corner, Cancar, Cleveland’s captain, sends a fifty-yard boot hoping to find an attacker at the end of it. A defender for Pittsburgh, thinking to head it back to Jennings, doesn’t see Jennings come forward for the ball! His header goes wide of the Pittsburgh goal! That own goal would have tied it up!

Cleveland had other chances late in the game with the best being Chris Cvecko’s 83rd minute pass to Derezic that was on point, but Mikey’s shot flailed just wide. As the whistle sounded, whomever the Pittsburgh coach that made the call on their substitutes (main coach Dan Brower did not make the trip) turned the game in favor of the visitors. It was an exciting last fifteen minutes of soccer as every chance for Cleveland was swept away by Pittsburgh.

These two teams will battle one more time on Friday, July 8th. This could be for the conference title and bye in the first round of the NPSL tournament.

Cleveland has a huge game this Wednesday against Akron City FC and cannot afford to lose points now that they are in second. Even with a game in hand, they are three behind Pittsburgh in the points column. Akron would like nothing better than to continue Cleveland’s losing streak.

Pittsburgh has a quick turnaround to play FC Buffalo at home in Cheswick, PA.

If you cannot get tickets or are on vacation, you can watch the livestream on elevensports.com. Cleveland and Akron start at 7:30 PM EST from beautiful St Vincent-St Mary High School Green Street Stadium.