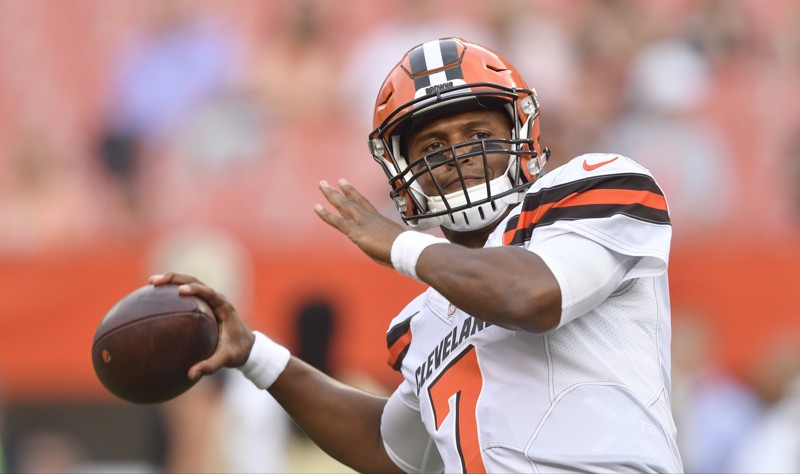 If you ask anyone in Cleveland about the Browns’ win/loss record last season, don’t be surprised to see a blank, expressionless face staring back at you. It’s no secret among football fans that the team went 0-16 in their last campaign and, while that means they had the worst season in the competition, it also means that no other organization has the potential to improve quite as much as them heading into 2018. Luckily for Cleveland, they own 12 picks in the 2018 NFL Draft, which they can use to get their team back on track.

What’s even more impressive about their haul of picks is that they aren’t a bunch of mediocre mid-round picks but premium slots including No. 1 and No. 4 in the first round, and three more in the second. That gives the Browns the opportunity to recruit at least five quality starters to add to their squad and an incredible chance to bring in some fresh talent to a team desperate to rebuild.

Fans understand that it’s going to be a long process for the team to get back to winning ways but the amount and type of draft picks they have is a hugely positive step in the right direction. It won’t happen overnight and the Browns will still go into next season as the biggest long shot in the competition, with some bookmakers offering a massive +15000 for them to win the Super Bowl. Although it’s a highly unlikely outcome, some passionate supporters may choose to take advantage of some of the free bet promotions found on tipping site Oddschecker if they really want to get behind their team.

The major interest is obviously in who they will draft with their number one pick. After their disastrous season, it’s not so much a matter of if they will pick a quarterback first, but rather which one will they choose.

The main chatter suggests that they will go for USC quarterback Sam Darnold but Wyoming’s Josh Allen, Oklahoma’s Baker Mayfield, and UCLA’s Josh Rosen are all still in the mix. Some feel that Rosen is unlikely due to his desire not to make the move to Cleveland; he will most likely be heading to the New York Giants with the second pick. Any way you look at it, they are going to be getting some amazing young talent and whoever is chosen will be the player that the coach structures their rebuild around.

What is great for Cleveland heading into the draft is that they now have former Green Bay and Kansas City frontman, John Dorsey as general manager, and he has a knack for making the correct decisions in these matters. For now, we just have to wait until the NFL Draft to see if the club can make the right decisions and hopefully make a push for the playoffs.

Which quarterback should the Browns take at No. 1?
Why Signing A.J. McCarron In Free Agency Isn’t The End Of The World For Browns Fans