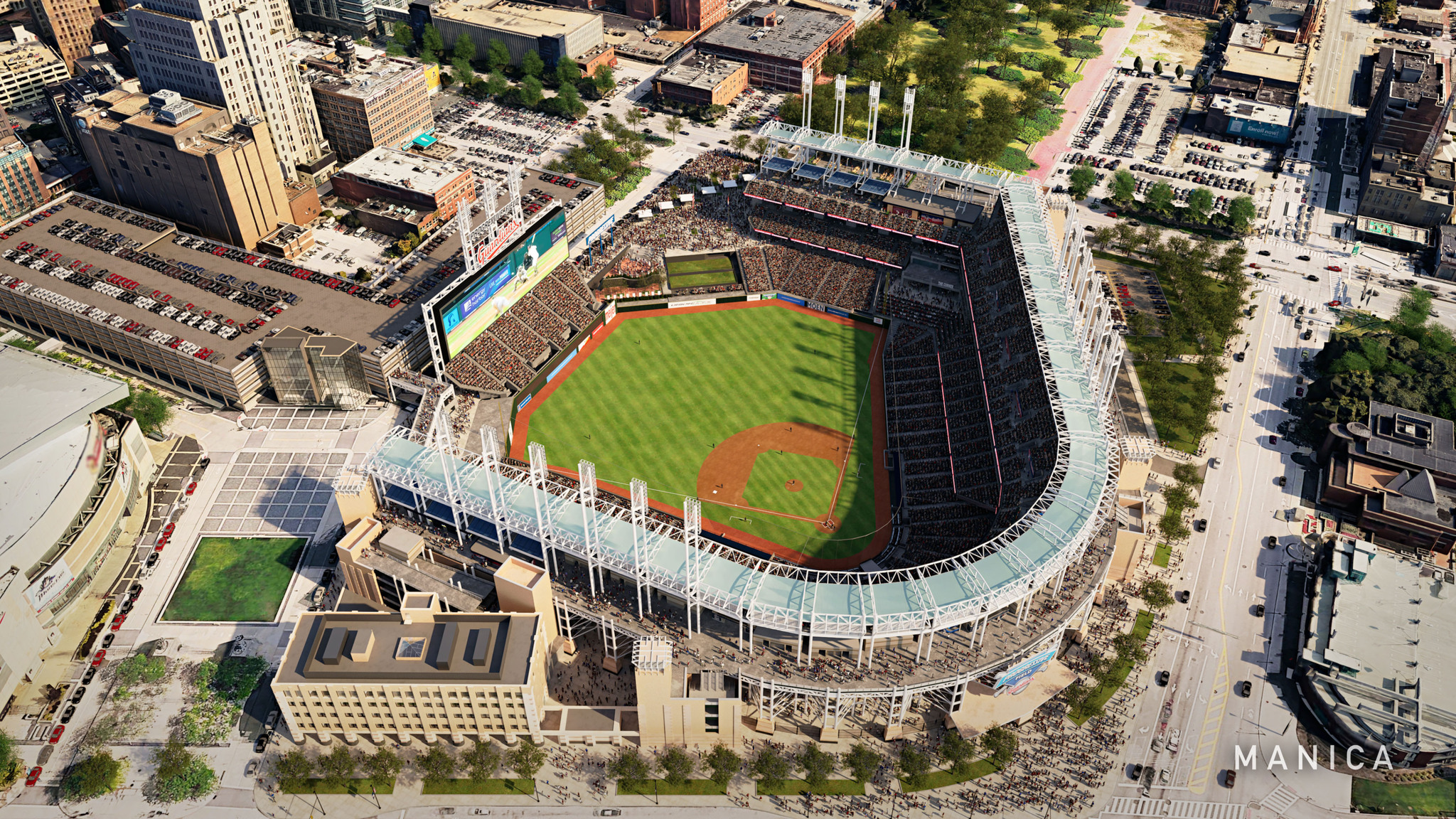 Progressive Field Reimagined will improve and extend the life of Progressive Field, which is the 11th-oldest ballpark in Major League Baseball, and will include renovations to the Upper Deck, Terrace Club, Dugout Club, home and visiting Clubhouses & Service Level, and the Guardians Administrative Offices.

“Progressive Field has been a fantastic home to Cleveland Baseball since it opened in 1994,” said Cleveland Guardians Owner, Chairman and Chief Executive Officer Paul Dolan. “We are excited to continue to call Progressive Field home for decades to come, and we look forward to providing new experiences and updated enhancements to our fans, players and staff through renovation projects that will continue to keep our ballpark competitive as one of the best venues in Major League Baseball.”

“The new fan-facing renovation projects have a heavy emphasis on social experiences at the ballpark,” said President of Business Operations Brian Barren. “As we surveyed our fans, we continuously heard feedback that aligned with the success we saw with the Corner Bar – a focus on more social spaces and compelling fan experiences in the ballpark offering unique ways to enjoy a game. We believe our renovation projects which include a revamped Upper Deck, a reimagined Terrace Club space (which will be renamed the Terrace Hub), and a new Dugout Club will deliver new unique experiences for fans at Progressive Field.”

“Year over year we are continuously striving to achieve our ultimate goal of winning a World Series Championship for the City of Cleveland,” said President of Baseball Operations Chris Antonetti. “To achieve that goal, we need to provide our players the adequate space and amenities to focus on training, recovery and rehabilitation, and those will be the biggest focus areas as we build out the renovated clubhouse space.”

The scheduled renovation projects will focus on the following areas: 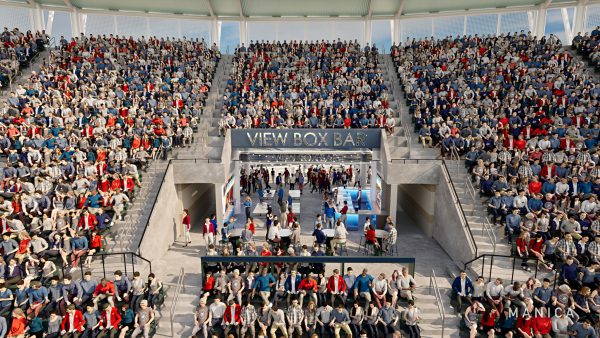 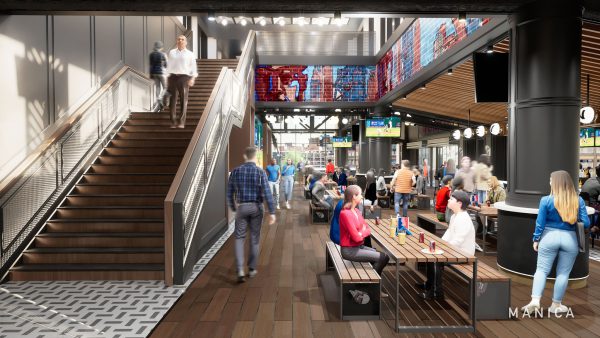 The current Terrace Club will be reimagined as an open-air hub with terraced-ticketed seating on the 200 and 300-levels, and a new expansive authentic-to-Cleveland Beer Hall food and beverage experience on the 400-level that will be open to all ticketed patrons at Progressive Field. The ticketed seating sections will have their own private club space on the 300-level. 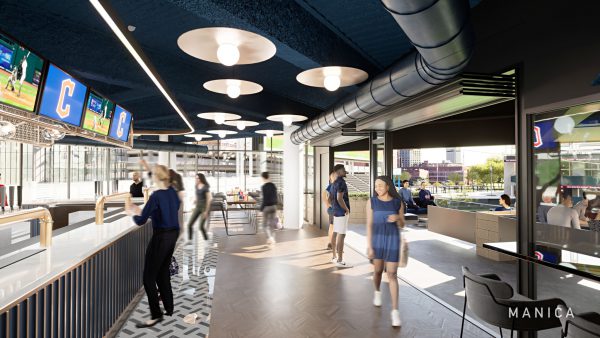 The new Dugout Club will combine the best of both worlds when it comes to premium seating, allowing for the same great field-level seats that currently exist while creating a new exclusive lounge behind home plate. The Club will also feature seven private lounges to allow for groups to enjoy an exclusive experience. 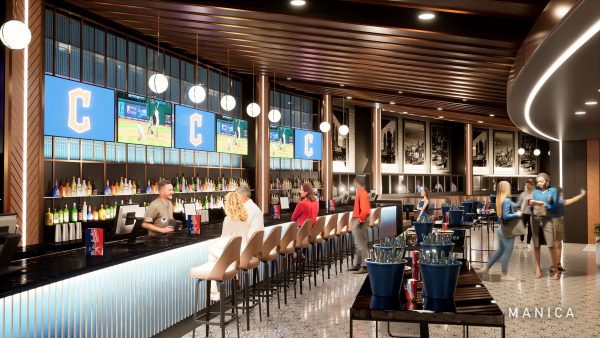 Both clubhouses, as well as the ballpark Service Level, will be updated for the first time since the ballpark opened in 1994. The new home clubhouse will be completely reimagined with a focus on player amenities in performance, training and recovery.

Through these renovations, we will significantly improve our ability to support player preparation, performance, and recovery through expanded and enhanced strength and conditioning and athletic training areas, improved kitchen facilities, more robust technological support for players, coaches, and staff members, among other improvements.

To allow for the clubhouse expansion, a new four-level E. 9th street building will be erected in right field to allow for a new kitchen and commissary for the Guardians concessionaire, as well as additional storage facilities for the ballpark. The rooftop of the new E. 9th street building will connect to the Upper Concourse and serve as a new group space at Progressive Field.

The Guardians Front Office will also be fully renovated for the first time since 1994. As part of the renovation, the Guardians will add a fifth floor to the current four-level structure.

The funding for the projects will be supported by the new lease agreement which extends the current lease to 2036 (with potential options to extent to 2046) and was agreed upon between the City of Cleveland, Cuyahoga County, State of Ohio, the Gateway Economic Development Corporation of Greater Cleveland and the Cleveland Guardians. The estimated total of the projects will be $202.5 million with $67.5 million coming from the Cleveland Guardians. The Guardians are also responsible to provide additional funds to cover cost overages, if any, that may result from the projects.

The Guardians expect all renovations to be completed by the 2025 season. The schematic design process is close to completion, and the majority of the 2023 season will focus on design development with the hope of starting construction at the end of the 2023 season. 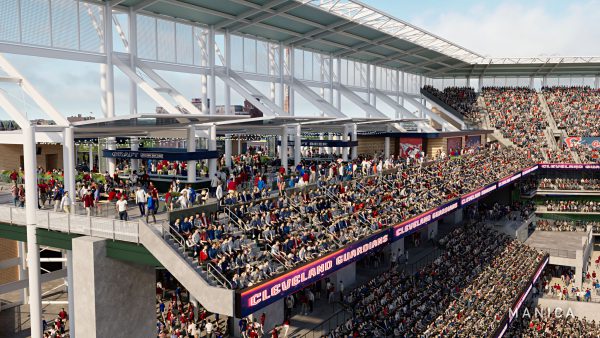 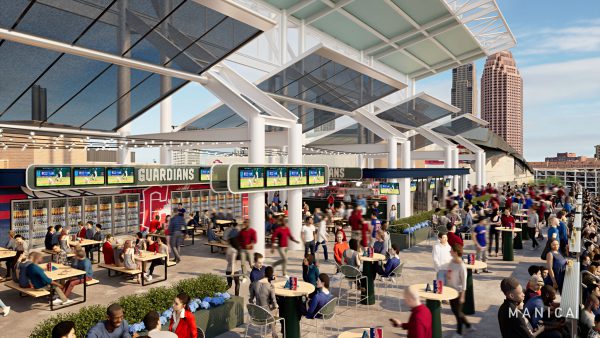 The Guardians and Gateway have made our Community Benefits Programs a priority to set project goals for contracting diverse businesses, hiring local and minority workforces, expanding training programs and studying best practices for improving diversity and inclusion in the construction, engineering and architecture industries. As another example of this focus, the Guardians recently announced the selection of a diverse small locally owned business, The AKA Team, to serve as an additional Associate Construction Manager for the project.  The AKA Team is a local minority and female-owned company and a certified Cleveland Small Business, that has been in business since 2009.  More details on the Guardians Community Benefits Program can be found at cleguardians.com/CBP.