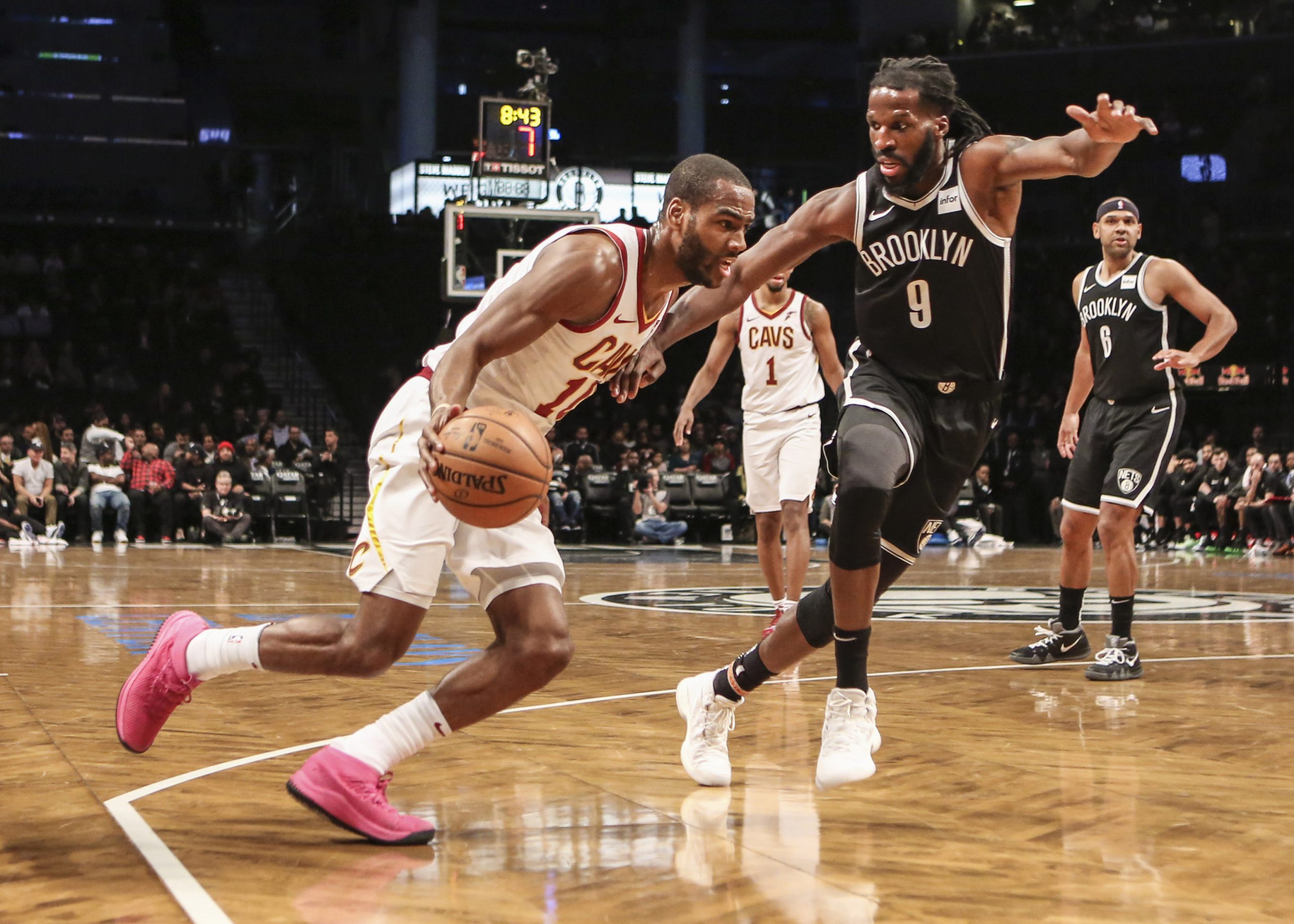 Cleveland Cavaliers shooting guard Alec Burks scored six of his 13 points against the Brooklyn Nets in the fourth quarter of Monday’s barnburner victory and while Cavaliers guard Jordan Clarkson led the way for Cleveland with 20 points, 11 rebounds, four assists and a steal, Burks will go down as the Player of the Game after sealing the Cavaliers’ victory in the closing seconds of the fourth quarter with a thunderous two-handed dunk that put the Wine and Gold up 99-97.

Alec Burks wins it for the @cavs with a HUGE dunk! ?#BeTheFight pic.twitter.com/44no9MfYN2

Like Clarkson, Burks has an ability to penetrate the lane and be a playmaker and was undeniably one of Cleveland’s most effective offensive options. However, both Clarkson and Burks also gave all-out effort on both ends Monday, taking a page out of veteran center Tristan Thompson’s book, who had a double-double with 19 points and 14 rebounds while adding two blocks to his statline.

Cavaliers rookie point guard Collin Sexton also had a solid performance on Monday with 15 points (on 7-16 shooting from the field) and two assists. However, while Sexton had a decent game, Cavaliers head coach Larry Drew opted to play Clarkson and veteran point guard George Hill — who had six points, five rebounds and two assists on 2-7 shooting from the field — in the backcourt to close out the fourth quarter.

Though he was on a minutes restriction in his return from a shoulder strain, Cavaliers head coach Larry Drew said he stuck with Hill — who played 35 minutes on Monday — because he was going along with the feel of the game.

#Cavs Larry Drew admitted after the game that he pushed George Hill way past his minute restriction. He ignored the restriction because of the feel for the game.

Going just 4-15 from three-point range and having three starters in Hill, Cedi Osman and Rodney Hood shooting a combined 6-22 from the field, Cleveland’s offense was far from stellar. Fortunately, the Nets’ offense, which was essentially D’Angelo Russell attacking the Cavaliers’ defense repeatedly en route to 30 point night, was far from impressive.

In their fifth win of the season, the Cavaliers looked increasingly like a team finding it’s identity. Burks, who has scored in double figures in all three games since joining Cleveland, has fit right in early in his time with the Cavaliers and his offense has enhanced Cleveland’s play on both ends.