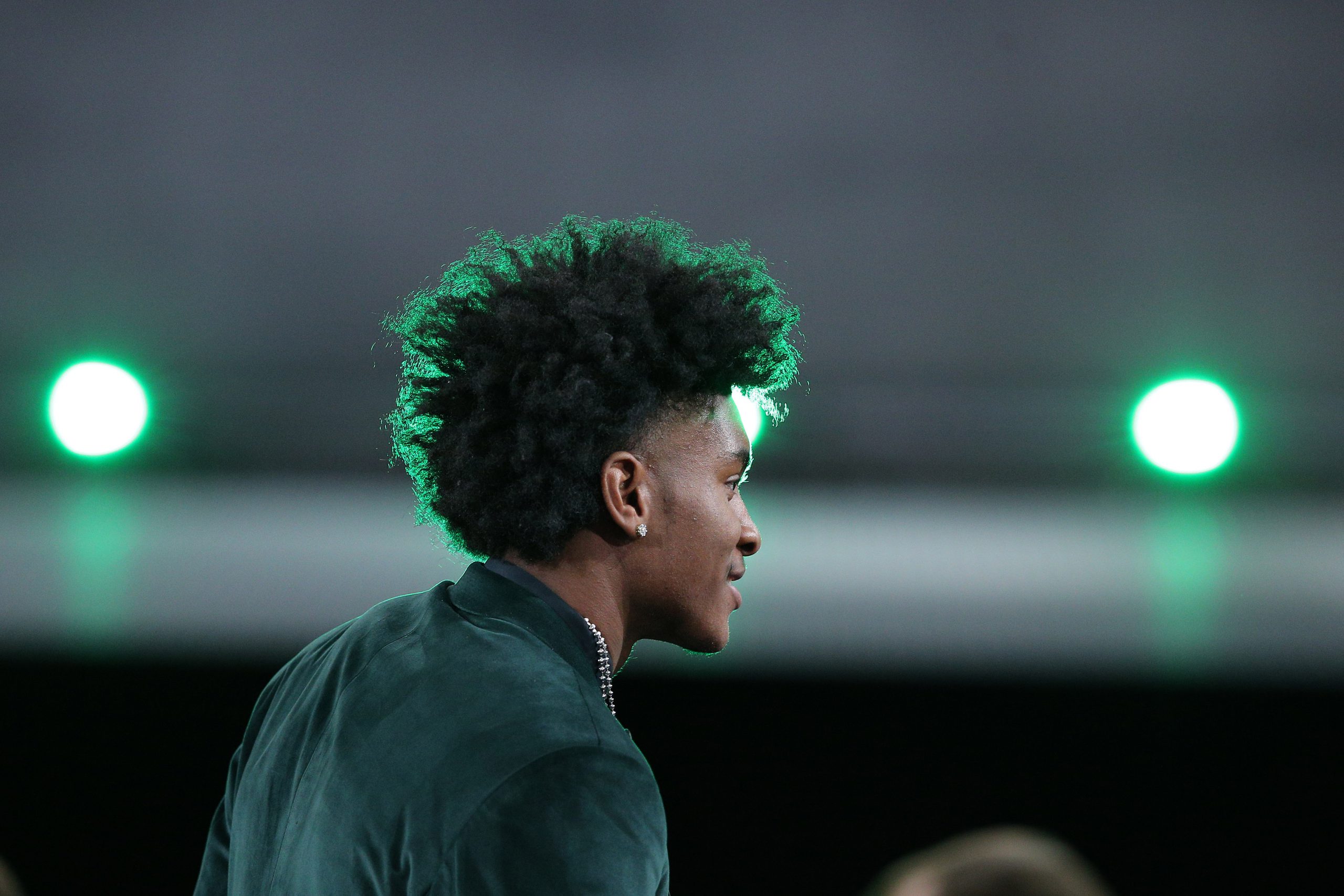 After agreeing to a draft night trade on Thursday to acquire shooting guard Kevin Porter Jr., the 30th overall pick in the 2019 NBA Draft, the Cleveland Cavaliers announced that they have officially made the deal with the Detroit Pistons on Wednesday.

Porter Jr., who couldn’t be introduced along with fellow rookies Darius Garland and Dylan Windler, is a player who Cleveland actually gave up to acquire.

Per reports, the Cavs traded four second-round picks and a record $5 million in cash considerations to get Porter on the team. Keep in mind that the cap hit on Garland — the fifth overall pick in the draft — is $6.4 million. Porter Jr.’s is $1.9 million.

In sum, Cleveland will have paid more to have Porter Jr. on the team more than Garland. That’s just how much potential they believe the Seattle native has.

Declaring for the draft after his lone season at USC, Porter Jr. tries to model his game after Houston Rockets superstar James Harden. That means he’ll dance with the ball, take tough shots but especially stepbacks and drive to the rim relentlessly. With his handle, silky shot, athleticism and natural scoring instincts, he’s quite capable of doing just that and being a scoring threat every time he touches the ball.

The questions for Porter Jr. will be if he’s a score-first player who has tunnel vision after averaging just 1.4 assists per game in college or one who will become a better facilitator with more experience and tutelage. There will also be those who question his emotional readiness to be a professional, with his attitude on and off the court having been brought up as red flags.

Still, at 19-years-old and coming from a troubled childhood, life in the NBA could be Porter Jr.’s saving grace; being around men, veterans and mental health professionals focused on helping the young wing reach his potential as both a player and a person. A client of Klutch Sports’ agent Rich Paul, who invests in young players and draft prospects like an older brother, will also be beneficial to him.

Porter Jr. will likely get the opportunity to battle Windler for minutes behind Cedi Osman at small forward though he’s a natural two-guard. That said, Cleveland has a deep backcourt and even when shooting guard J.R. Smith is inevitably moved or waived, he would be hard-pressed to find minutes at the two.

In an era of semi-positionless basketball though, that’s unlikely to matter too much though.

A player who many in the league believe is quite talented, the Cavs will hope Porter Jr. plays up to his potential but likely won’t rush his player development. There’s no major pressure on this ball club for the first time in a long time and that could lead to both the team and individual players surpassing expectations.