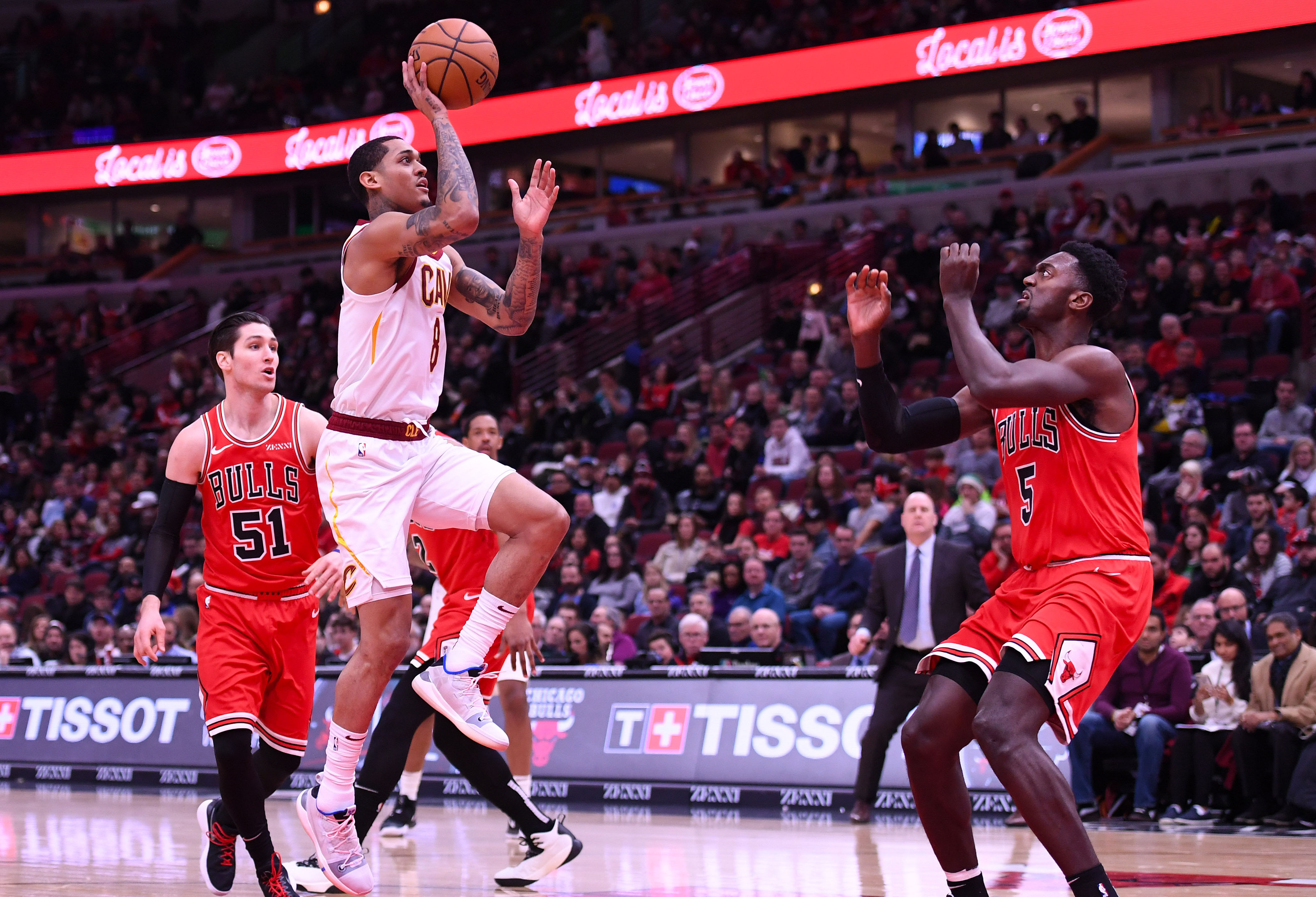 The Cleveland Cavaliers defeated the Chicago Bulls in a hard-fought game on Sunday, winning 104-101 after a Alec Burks go-ahead basket and a pair of free throws by Matthew Dellavedova allowed Cleveland to skate past the Bulls in the United Center.

Though the Cavs would have stretches of ineffective play on offense, they generally played better than they had during the last 20 games, not only running plays consistently but playing under a controlled but aggressive pace, searching for the best shot and looking for teammates consistently. They had 16 assists on their first 16 field goals and finished the game with 26 assists on 39 field goals while shooting 38.2 percent from three-point range (13-34).

The Bulls took advantage of their size advantage in the frontcourt, with second-year forward Lauri Markkanen managing a 21-point, 15-rebound double-double while matched up against smaller power forwards. Though Bulls wing Wayne Selden Jr. would have a great night, knocking down 6 of his 8 field goals (including three treys) on his way to 15 points and veteran center Robin Lopez would lock down the paint with four blocks, their lack of top-end talent kept them from capitalizing on opportunities to build a lead in a back-and-forth game.

In the end, the Cavs just made more plays.

Cleveland’s next game will be on Tuesday against the Washington Wizards at Quicken Loans Arena. It’s the third meeting of the season for these two teams but will be the first without Washington Wizards point guard John Wall, who’s out for the rest of the year after undergoing season-ending heel surgery.