Cleveland Browns WR Rannell Hall Out For The Season With Broken Leg; Pryor Has X-rays done 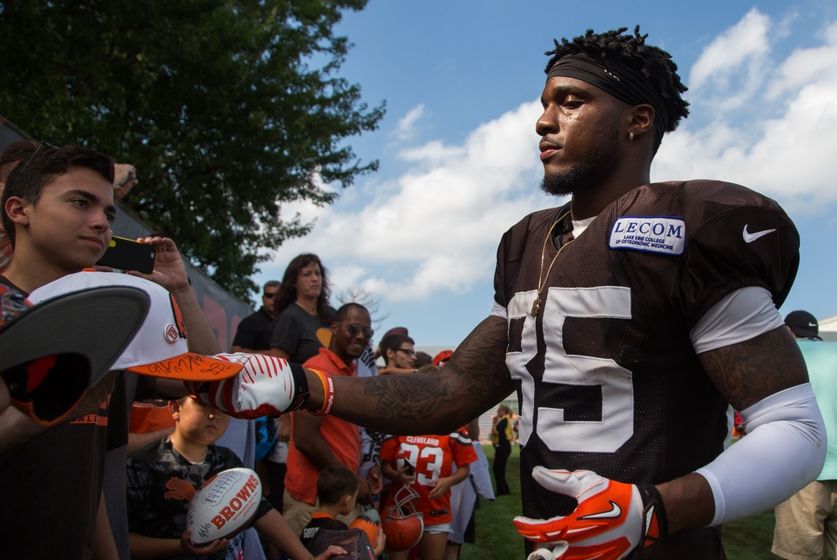 The Cleveland Browns lost a wide receiver trying to fight to make the 53-man roster. Receiver Rannell Hall suffered a fractured fibula (broken leg) in the Browns 17-11 preseason loss to the Green Bay Packers on Friday night. Hall caught a 19-yard pass from quarterback Austin Davis, but couldn’t get up after the play.

Speaking of Austin Davis. The young signal-caller is currently in concussion protocol after being destroyed by two Packer defenders.

While injuries are never a good thing, this is somewhat better news than a starter getting hurt. Quarterback Robert Griffin III came out of the game perfectly healthy and that is all that matters.

Another athlete that had an injury checked out was wide receiver Terrelle Pryor, who had X-rays done on his left hand. The results of his test came back negative, which is excellent news.

The Browns will face the Atlanta Falcons in a week two preseason matchup this Thursday. Expect quarterback Austin Davis to sit out and for third-round draft pick Cody Kessler to experience more playing time.