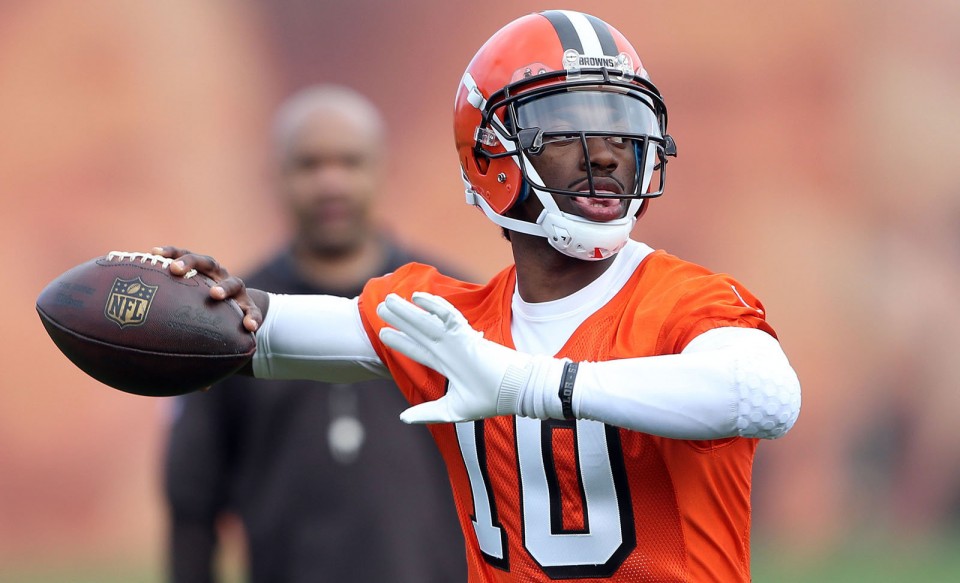 CLEVELAND, Ohio – It was a very busy weekend in Cleveland sports as all three big teams made news in major ways, and so the minor league teams as well. Let’s get right to it.

The Cavs inked a 3 year deal with the current NBA Finals MVP LeBron James. This ends what was a very non dramatic offseason for once, for the King and the Cavs. This contract for James will make him the highest paid play in the NBA and also give him the player option to opt out after year two.

In cool and mildly shocking news, the Lake Eries Monsters franchise announced that they will no longer be known as “Lake Erie” and instead, now be known as the Cleveland Monsters. They are coming off of a IHL Calder Cup Championship season.

The Browns lost 17-11 to the Green Bay Packers in pre-season action on Friday in Green Bay. It was a wild first few series for RGIII as it saw him throw a beautiful 49 yard bomb completion to Terrell Pryor on the opening drive. Sadly for Griffin the same drive would see him also fumble it and throw an interception. It may be a very long season.

The Browns pre-season will continue this Thursday night as they return home to take on the Tampa Bay Buccaneers. Don’t miss out on the exciting preseason action. You can pick up your tickets right now by visiting https://www.neosportsinsiders.com/sponsors/.

Type in the promo code of NEO Sports and you will get 10% off your purchase.

Finally in CLE sports news, we shall end on a winning note as the Cleveland Indians swept the visiting LA Angels over the weekend in a four game set that began Thursday night. The series saw plenty of rain, but also plenty of offense. The Indians scored a total of 37 runs in the 4 game set. The offensive explosion helped them build their lead in the AL Central Division to 5 games over Detroit.

Now that the pennant chase has officially begun, you will want to get down to Progressive Field as much as possible to catch all the action. The best way to pick up your tickets so you won’t be shut out is by stopping over to
Amazing Tickets at https://www.neosportsinsiders.com/sponsors/

Type in NEO Sports as your promo code, and you will get 10% off.