Cleveland Browns Unveil New Uniforms; “Pay Homage to the Past” 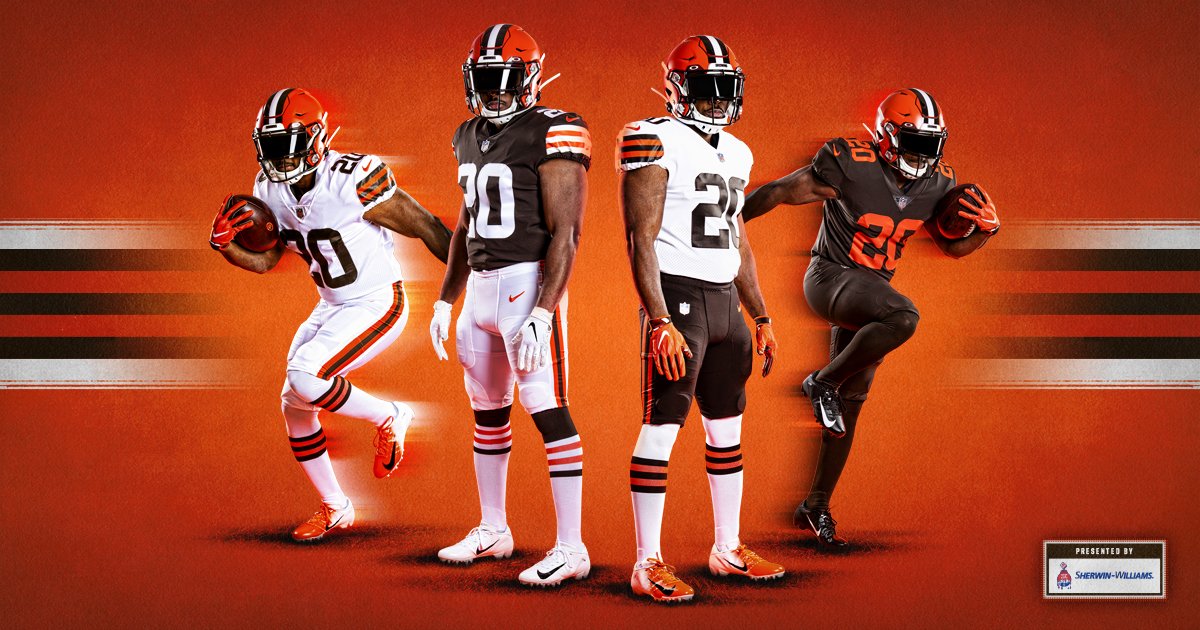 Browns fans who have been waiting by the hour for the team to roll out their new uniforms can now take a breath, as right at noon today the team released their 2020 unis.

The Browns sent out a release touting that they are paying “homage to the past” with their new look for this season and beyond.

The Browns on Wednesday debuted their new uniforms for 2020 and beyond, evoking the best memories of the storied franchise’s past with a modern twist. Inspired by the AAFC and NFL champion squads of the 40s, 50s and 60s, the Kardiac Kids, the team’s memorable run through the mid-80s and even some of the best memories in recent years, the Browns’ updated look pays homage to the past while incorporating all of the modern technology of the Nike Vapor Untouchable Uniform, which provides the kind of wear-ability and comfort players expect in the modern NFL.

“As you look at iconic franchises like the Browns, the Bears, the Packers, the Cowboys — they’re true to who they are. They’re not doing a lot of changes and trying to make a lot of flashy moves with their uniforms. I think when we went through the process, it just felt right that we got back to who we are and who we’ll always be.”

Here’s a couple of pics of the new uniforms:

Are the Cleveland Browns Chatting with the Vikings About a Potential Deal for Odell Beckham?
Browns to Bring Back RB Kareem Hunt After Signing His RFA Tender