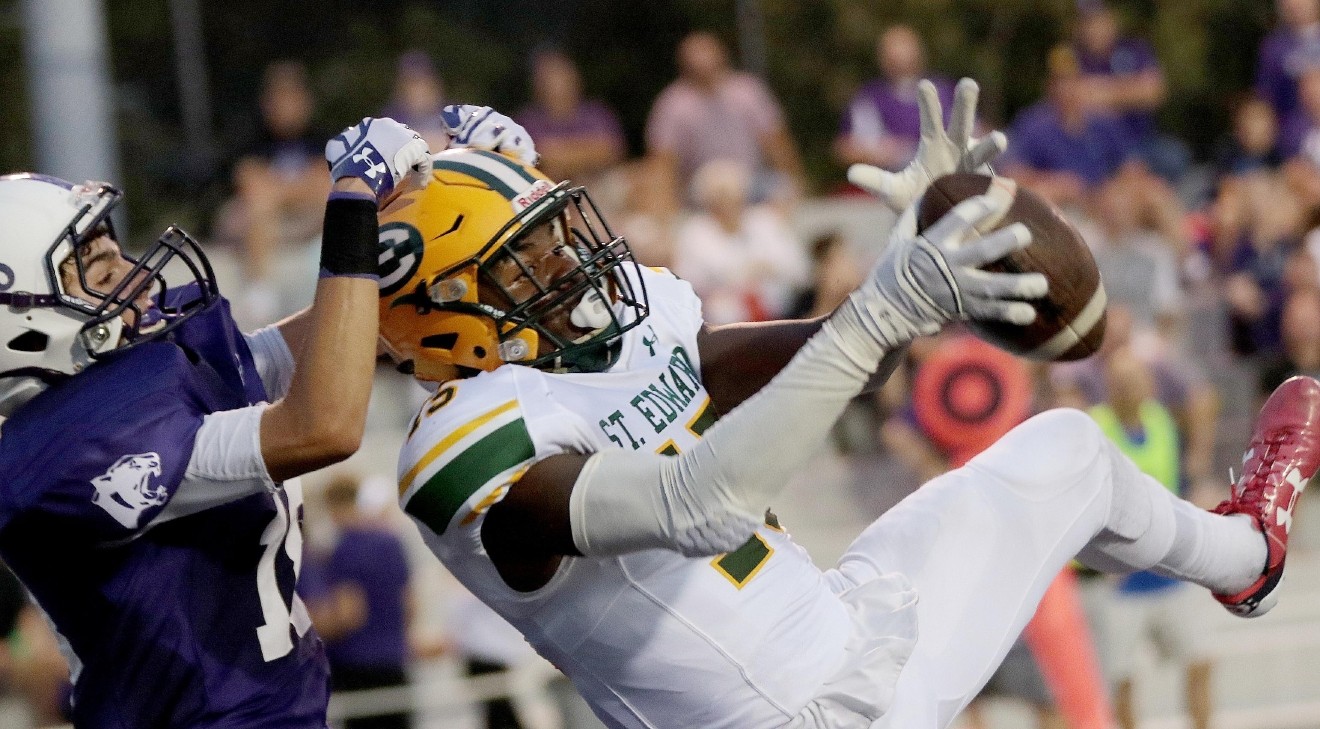 Cincinnati Elder comes to the town Saturday Night to take on the St. Edward Eagles in the biggest game of the weekend.  They are both ranked in the AP Top 10 in the State of Ohio for Division One Football and are both MAJOR threats to win it all this season.

Elder comes in at 3-0 and fresh off of a thrilling 27-23 win against Gahanna Lincoln. Meanwhile St. Edwards, also 3-0, had their way with HD Woodson 45-20.  This weekend’s big clash will take place from KIA of Bedford Stadium.

This is the 15th time in the school’s history that they have met.  The 15 meetings consist of 14 regular season games and one state championship matchup.  Elder holds the most recent victory as they won last year 15-9 at “The Pit”.

It will be a tale of St. Edwards powerful offense that is averaging a whopping 42 points a game against what has been a shaky Elder defense allowing 29 points a contest, despite the 3-0 record.  The Eagles rushing attack has been a big reason for the high point totals as they average 242.2 yards a game.  Elder has made their hay in the passing game, averaging 192 a contest.

The Eagles will need to come out fast and build on the lead if they hope to win.  They have been stout in the second half all season when leading.  They have been able to get up on teams and then salt away the clock with that powerful running game.

Both teams come in with an unblemished record, both teams have a ton of weapons.  Something has to give and we will find out this Saturday night from Bedford.