Chicago Runs Into Brick Wall, Monsters Win 2-1 In Shootout To Make It Three In A Row 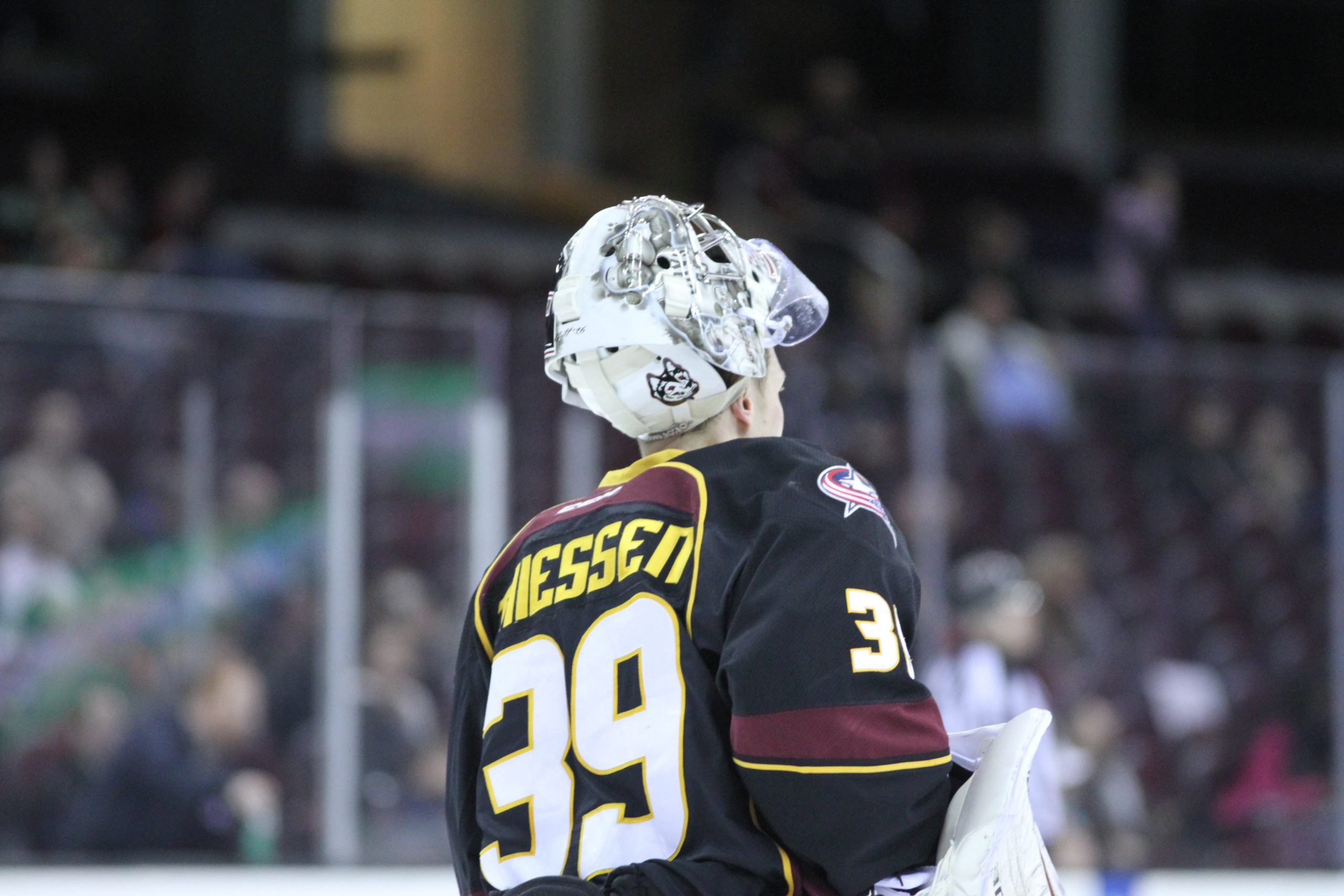 CLEVELAND, Ohio- The Cleveland Monsters took on the Chicago Wolves for the second time in two nights. Cleveland would look to gain significant ground on either Charlotte or Iowa with a win, as the Checkers and Wild competed against each other for a second straight day as well.

Chicago fired off ten shots in the opening frame, but the best opportunity for the Wolves came on a rebound attempt off of goaltender Brad Thiessen’s stick. Brett Sterling would put the Wolves up first in the game, as Chicago would hold a 1-0 lead going into the middle stanza for consecutive nights. Cleveland had some good looks in the frame, the best potentially coming off of a Nick Moutrey breakaway. Unfortunately, Moutrey couldn’t shake Jordan Binnington out of his position to score. The Monsters would head into the break down by one, but would seem to find a way to climb back in the game again.

“You just kinda close your eyes and hope for the best.” joked Dalpe. “Coming down with speed. I like to go low blocker. so I gave her a try and the hockey gods took over from there.”

The Monsters, who have started to become an unstoppable force in the second period of games as of late, would fire off eighteen shots in the frame while limiting Chicago to twelve. The Monsters would have to kill a tripping penalty called on Miles Koules for a little over a minute into the third, as the teams headed into the break tied at one apiece.

The third period truly tested the grit of the Monsters, especially the back line. The Cleveland defenders did an excellent job of deflecting pucks at the point of attack and defending the crease of Thiessen for not only the third, but the entirety of tonight’s game. Coach Madden really enjoyed what he saw out of his back line:

“We were doing a good job in the blue paint battles. Our team did a great job letting Thiessen seeing the puck. Real happy in that area.”

Thiessen himself had a highlight-reel of saves after tonight, doing everything he could to make sure the Monsters skated off of the ice the victors. The teams would need an overtime period to settle the score. However, even that couldn’t resolve the score. The teams prepared for a shootout.

Both teams had excellent opportunities in the overtime period but couldn’t produce the game-winner. The teams prepared for a shootout.

Markus Hannikainen and Zac Dalpe would beat Binnington to score for Cleveland, as “Brick Wall” Brad Thiessen capped off a night that truly felt special in The Q. Thiessen shut down Kenny Agostino and Andrew Agozzino for the victory, completing a 47-save masterpiece.

Madden was speechless after the game: “All I can say is Thiessen.”

Thiessen admited there was some nerves tonight before the game got going. “Definitely a little nervous at the beginning. Just hadn’t been in (the game) in awhile. Once the game gets going and pucks start firing and what not, you kinda settle into the flow of the game and I was able to do that pretty early.” This was Thiessen’s first start in between the pipes since March 4th against Chicago. Thiessen was pulled for Michael Houser in that game, so this seems like sweet justice for Cleveland and the netminder.

“Big week for us. They’re a good team. We need every point we can get and we squeaked one out and then got one in the shootout. Shows a lot of character.” added Dalpe, who had two points tonight and is on a three-game point streak.

Cleveland moves to  30-27-3-4 and awaits Iowa, who will make the trek to The Q for a super important two-game set starting Friday.