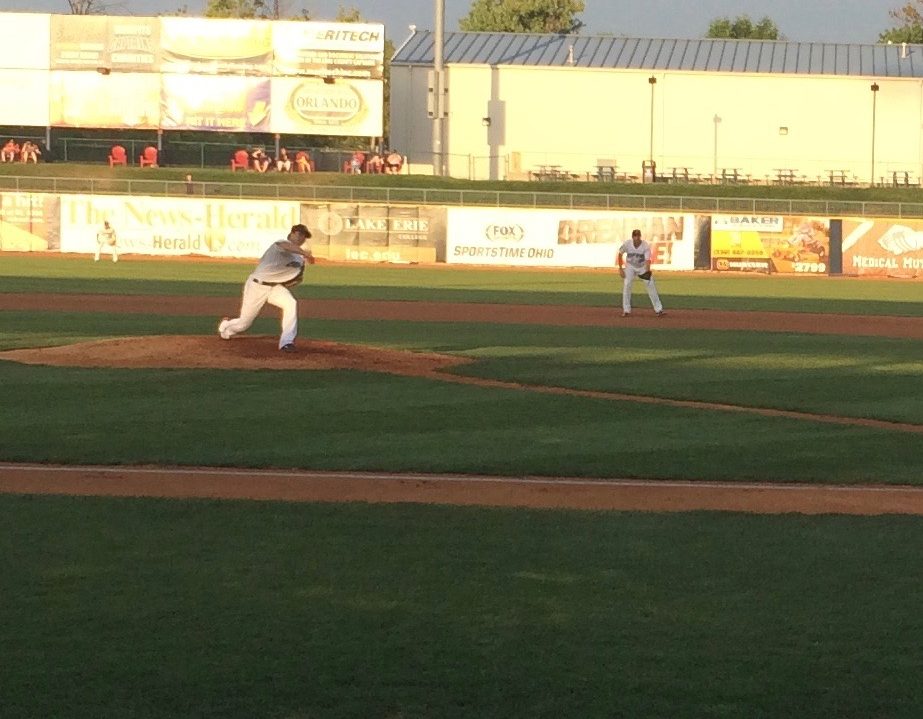 South Bend had a chance in the 1st after a leadoff double by Carlos Sepulveda, but the Cubs were unable to take advantage of a runner on third with 1 out situation.  Chiang struck out Alberto Mineo and induced an Eloy Jimenez ground out to get out of the inning unscathed.

The Captains could not figure out Kellogg all night.  They mustered just four hits against the lefty, all singles.  He ended the night by retiring the last 7 batters he faced and finished with 6 innings pitched, 0 runs allowed, 4 hits, and 6 strikeouts en route to his fourth win of the season.

“We just didn’t have it,” Manager Tony Mansolino said. “We hit a couple balls hard early in the game and they didn’t go through. We just couldn’t get anything going.”

After Chiang set down 13 in a row, the Cubs finally got to him in the 7th. Jimenez hit a ball just past centerfielder Bobby Ison‘s diving attempt in deep centerfield for a triple, then Eddy Julio Martinez singled him home.  Martinez’s single glanced off of Chiang and second baseman Sam Haggerty‘s glove before it found its way into centerfield and gave South Bend the 1-0 lead.

Chiang took the tough luck loss, going 7 innings and giving up just the 1 run.  He gave up 5 hits, struck out 3, and did not walk a batter.  Mansolino said he’s seen Chiang grow in his confidence as the season has progressed.

“I think the biggest thing that we’re noticing is he’s so much more confident than when he started the year,” Mansolino said. “I mean it when I say in this league he’s probably one of the tougher guys to face.”

The Cubs added some insurance without the benefit of a base hit in the 9th thanks to the wildness of reliever Kieran Lovegrove.  Lovegrove walked the bases loaded, then beaned Connor Myers in the head to bring home Mineo.  Roberto Caro hit a sac fly to extend the Cubs lead to 3-0 against Erick Algarin, who relieved Lovegrove.

Kellogg and relievers John Williamson and Dillon Maples combined to retire the last 16 Lake County batters in order.  Maples picked up the save, his fourth.

The Captains will try to win their fourth straight series in the rubber match against South Bend tomorrow at 7.  Kyle Miller will start for the Cubs and Casey Shane gets the nod for Lake County.