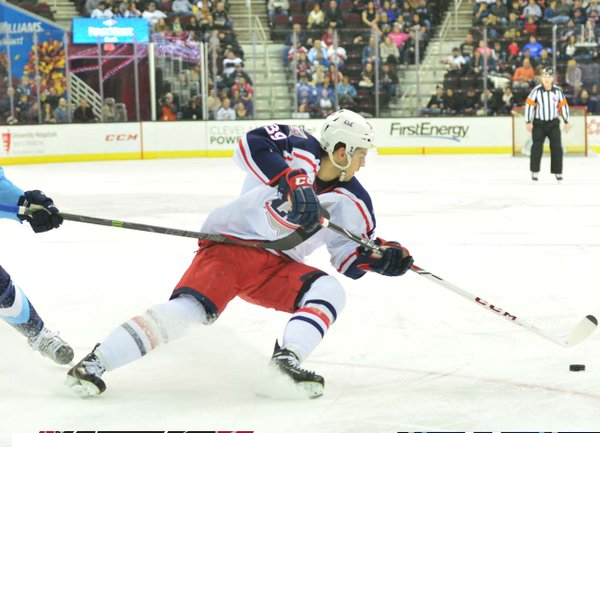 The Lake Erie Monsters hosted the Milwaukee Admirals on Friday night at Quicken Loans Arena. It was a back and forth contest, but the Monsters prevailed, winning 2-1 thanks to an overtime game-winning goal by Michael Chaput.

Admirals defenseman Stefan Elliot scored his first goal of the season at the 9:01 mark of the first period to put Milwaukee on top 1-0. Vladislav Kamenev and Cory Hodgson assisted on the power play goal.

The score would stay 1-0 until the Monsters struck back with eight seconds remaining in the second period, as defenseman Steve Eminger netted his first goal of the season with a slapshot off a beautiful feed from T.J. Tynan. Michael Paliotta was in on the assist as well, and the Monsters and Admirals would enter the third period tied at one.

It was Tynan’s 23rd assist of the season, which puts him at 10th in the AHL in that category.

It was a scoreless third period, sending the game to overtime tied at one.

The Monsters and Admirals fought hard for nearly four minutes in the three-on-three overtime, until Chaput scored the game-winning goal off a beautiful assist from Markus Hannikainen, who was just recalled from Columbus.

It was Chaput’s ninth goal of the season. The Monsters improve to 21-14-4-3 on the season and have a rematch with the Admirals on Saturday afternoon. Face-off is set for 1 PM.

“Frankly, Pretty Good is Not What We’re Here For.” David Griffin Speaks on Firing of David Blatt
Monsters Fall To Milwaukee in Afternoon Affair 1-0