How Changing Goalies Changed the Dynamic of a Series; Monsters 3-0 Lead Over Griffins Evaporates 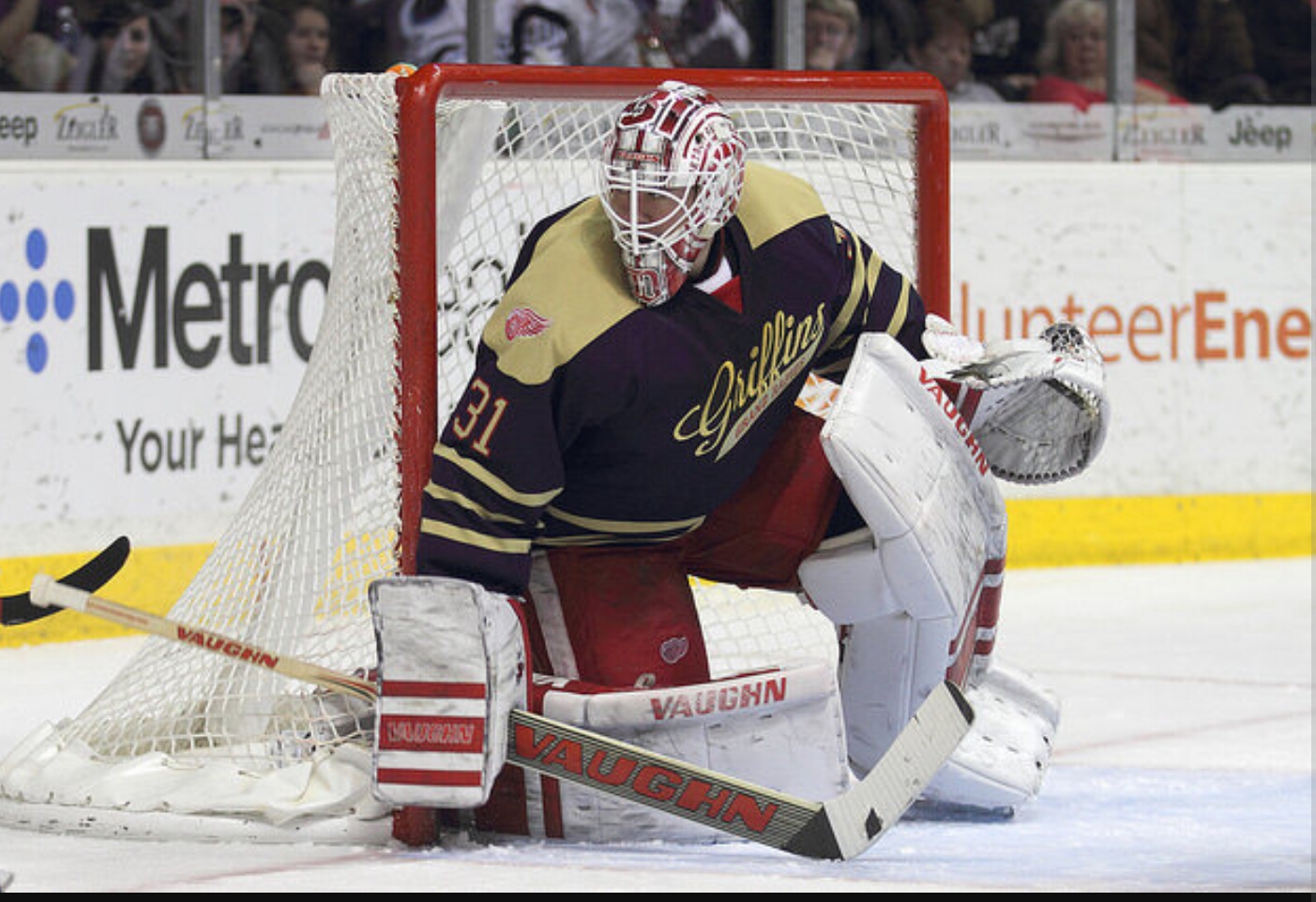 The Lake Erie Monsters began their Calder Cup playoff run on a streak only rivaled in sports by the Cleveland Cavaliers, with whom they share a building. The Monsters won their first six playoff games, sweeping the Rockford IceHogs in the first round, and going up 3 games to none against the Grand Rapids Griffins in the Central Division Final.

The Monsters had a sweep right in their clutches in Game 4 of the series on the road in Grand Rapids.

Lake Erie was leading 4-1 with 6:29 remaining in the second period. Griffins Head Coach Todd Nelson made a big move at that point, knowing his team was less than 27 minutes away from elimination, and pulled his goaltender Tom McCollum, inserting the backup, Jared Coreau.

Before we go any further, it’s worth pointing out that McCollum was one of the best goaltenders in the AHL in the regular season and in the first round of the playoffs.

However, Coreau was not far behind him in the regular season, allowing just 2.43 goals per game, in a virtual tie with McCollum.

Coreau actually started more games in the regular season, but McCollum started all seven playoff games up to that point and 22 straight playoff games for the Griffins dating back to last Spring.

McCollum allowed just three goals in three games in the first round against Milwaukee, in which the Griffins swept the Admirals.

His first four games of the second round were rough, to say the least, as he allowed nine goals in the first three games, and those four in the first two periods of the elimination game.

So it was a bold move to pull McCollum, but his track record against Lake Erie had spoken for itself.

Coreau enters the game for the Griffins, trailing 4-1.

The Griffins cut into the deficit in the final minute of the second period and cut it to a 4-2 game.

Grand Rapids pulls off three goals in the third period, while Coreau saves all 16 shot attempts in the final 26 minutes of action. The Griffins survive elimination and force a Game 5 in Cleveland.

The series heads back to Cleveland and Griffins Head Coach Nelson decides to give Coreau his first start of the playoffs. After riding McCollum for the first seven games of the playoffs, he hands the keys over to the 24-year-old, who logged only 2 playoff games in his career prior to the Game 5 match in Cleveland.

It was a bit of a gamble, but given McCollum’s struggles, it didn’t hurt to try.

However much of a gamble it was, the end result could not have turned out better for Grand Rapids.

The Griffins gave the Monsters a beat down on their own ice, blowing out Lake Erie by a score of 6-1.

Coreau made 35 saves on 36 shot attempts, allowing just one goal. So through four and a half periods of play, he only allowed one goal and earned the win in both games, extending the series to a Game 6 in Grand Rapids.

The Monsters and Griffins face off at 7 PM on Monday night, and there’s no question who earned the start for the Griffins.

Whether his appearance in Game 4 gave the team a spark, or the Monsters let off the gas pedal late in Game 4, or whether Coreau really is the best goaltender on the ice, the only thing we know for sure is that since his appearance, the series has changed dramatically.

On the Monsters side of the ice, Joonas Korpisalo had been phenomenal for six playoff games and all of the AHL regular season, even playing at a high level during his time in Columbus.

In his first six playoff games, he allowed 12 total goals, winning all six games. It was that Game 4 in Grand Rapids where it all started to go south.

Korpisalo allowed four goals in the final 21 minutes of action in game 4. He then allowed five goals in Game 5 in Cleveland.

Korpisalo was great all season, but he and Anton Forsberg made up a “two-headed Monster” goalie tandem at times in the season. Brad Thiessen turned it into a three-headed monster when Korpisalo was in Columbus.

Korpisalo was pulled late in Game 5 in Cleveland, and Forsberg played the final 5:44 of the game, allowing one goal, while saving 5-of-6 shots.

Monsters Head Coach Jared Bednar was asked after the game if he would consider a goalie switch for Game 6 in Grand Rapids and revealed that he would think about it, but did not say one way or the other if he is leaning towards either.

Bednar did not blame Game 5 solely on Korpisalo, saying “Our goalie play mirrored the play of our whole team.”

Bednar has started Korpisalo in all seven playoff games leading up to Monday’s Game 6, but could a goalie change for Lake Erie lead to a similar result as it has for Grand Rapids?

Anyone who has followed the Monsters this season knows Korpisalo has been an amazing prospect to watch and the Blue Jackets have high hopes for him. He has the promise of being a great NHL goaltender for years to come.

But based on Bednar’s answers and tone at the post-game press conference after Game 5, it’s clear he does not have an easy decision to make.

Forsberg was great this season, as well, owning a save percentage of .914, allowing just 2.4 goals per game.

It would be his first playoff start of this postseason.

Whether Bednar starts Forsberg or Korpisalo, the Monsters net will be in good hands, but it will be interesting to see if another goalie change can turn the tables on this series yet again.

Before closing this article, it’s important to point out that the Griffins outplayed the Monsters on both ends for the last four periods of these two games.

It does not all fall on the shoulders of the goaltender, but there’s a clear correlation between the turning point of the series and the goalie switch.

The Monsters will need everyone in uniform to step it up if they’re going to win a difficult close out game on the road.

If the Griffins defend home ice and force a Game 7, the win-or-go-home game will be Wednesday night at Nationwide Arena in Columbus.

Let’s hope it doesn’t come to that for the Monsters’ sake, but if it does, we’ll have much more information regarding the prospects of that matchup and all the circumstances surrounding it.