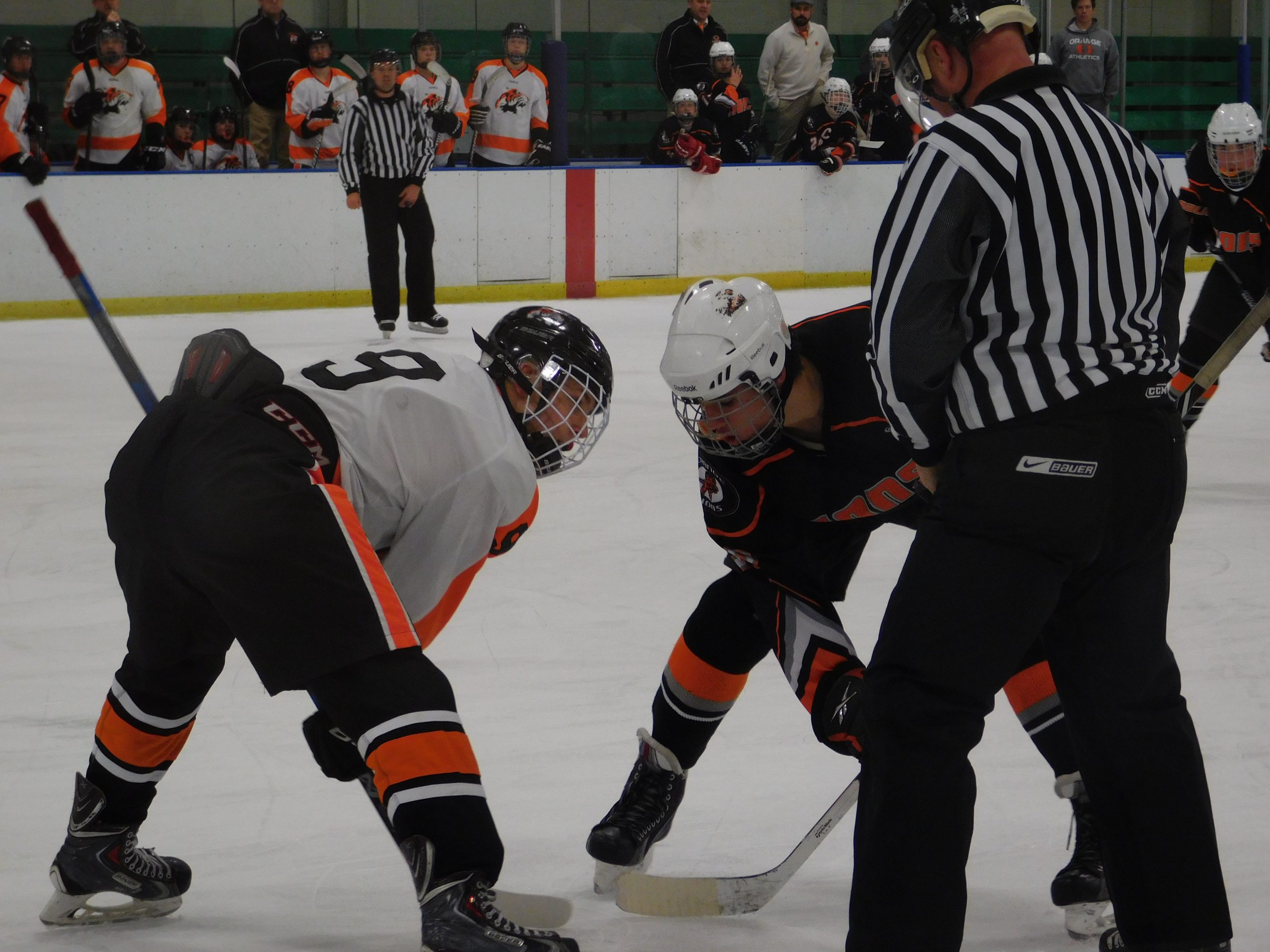 BROOKLYN, OHIO – The Chagrin Falls Tigers took awhile to get going in their first game of the Baron Cup Tuesday night, but their offense finally got on track taking care of business in a 5-2 win over the number four seed Orange Lions.

With the win the Tigers will move on to play on semi-finals on Friday night at 7:30pm against the winner of the game between Parma and Olmsted Falls which will be played Tuesday at 6:30pm.

The number one seed in Baron Cup II Division B were able to overcome a 1-0 deficit, and eventually with a big game from Tommy Mallak with a goal and two assists were able to build a 4-1 lead and seal the win.

The Lions had their chances, putting 47 shots on net, but were only able to find the back of the net twice on the night.

Chagrin Falls made the most of their 43 shots on net, scoring five times in the three-goal win.

The first goal of the night was scored by Orange, as they took a 1-0 lead with 8:47 to play in the first period. The goal was scored by sophomore defender Hadden Kyle.

Chagrin Falls came back to tie it at one, scoring with 2:43 to play in the opening period. Freshman Ted Aerni got the goal on a scrum in front of the net.

The assist on the Tigers goal went to Joe Conway. 8:03

The Tigers took their first lead of the night 8:03 into the second period after peppering a number of shots on net to start the second.

The goal ended up going to sophomore forward Matt McCuskey, with assists being credited to Mallak and junior Matt Witalec.

Chagrin Falls extended their lead to two in the final minute of the period after a number of great chances on each side, with McCuskey coming up big again.

The sophomore scored his second goal of the night, with the assist going to Mallak again with just :34 seconds left in the period to make it 3-1.

The final period saw the Tigers extended the lead to three, this time with a goal coming from Mallak, who had already helped out with a pair of assists.

The Mallak goal came 3:04 into the third period to give the Tigers their biggest lead of the night.

The Lions cut the lead back to two, as Junior forward Scott Hill got the goal to make it a 4-2 Tigers lead with still
8:55 left in the game.

The game got chippy with 3:53 left, as there was offsetting penalties on each side for a hard check against the board that turned into a bit of a scuffle.

Justin Beachler went into the box for Orange, while David Herpst was handed two minutes for the Tigers.

Matthew Rice ended the scoring at 13:49 of the final period, hitting an empty netter to make it a 5-2 Tigers lead, sealing the win and advancing to play on Friday.

Click Page 2 to See More Pictures From the matchup of Chagrin Falls and Orange!

Baron Cup II First Seed Avon Eagles Skate to 4-2 Victory Over Bay Rockets
Day Two of Baron Cup In Brooklyn Today: Listen to All the Games LIVE as They Happen!