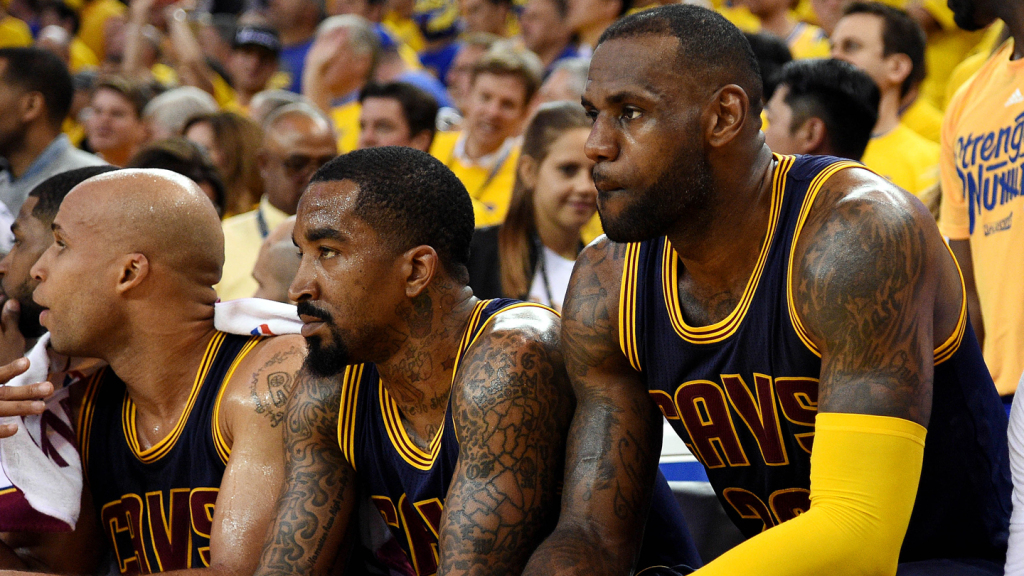 Last Wednesday, Cleveland Cavaliers head coach Ty Lue compared the rivalry between his team and the Golden State Warriors to the classic playoff battles waged between the Boston Celtics and Los Angeles Lakers. That might be a bit of a stretch; the Celtics and Lakers have met 12 times in the NBA Finals, dating back to the days of the Minneapolis Lakers in 1959. But there’s no question that Cleveland and Golden State are the alpha teams in today’s NBA.

They’re probably going to meet again in next month’s Finals, too. Take a look at some of the odds out there: Heading into the Conference round, the Cavaliers were available at –750 to win the East, and the Warriors were fat –900 favorites to win the West. Before you consider placing some action, you should review this list of the most trusted betting sites to make sure you’re getting a fair deal, but if these odds are correct, there’s about an 80-percent chance we’ll see the Cavs and Dubs get it on for the third straight year.

No Delaying the Inevitable

It seems like fate is bringing these two burgeoning rivals together. Look at what’s happened to all the teams trying to get in the way: Both the Cavaliers and the Warriors swept through the first two rounds, as key opposing players like Kyle Lowry, Allen Crabbe and George Hill fell victim to injury. It’s the first time ever that two teams have started the playoffs 8-0.

The Warriors caught another massive break in Sunday’s opening game against the one team that has any realistic shot of spoiling this party: the San Antonio Spurs. The Spurs got an early jump on Golden State and led 78-55 in the third quarter when MVP candidate Kawhi Leonard sprained his left ankle and had to leave the game. The Dubs immediately went on an 18-0 run and ended up winning the game 113-111. Leonard was due for an MRI after the game and may not be able to suit up for Game 2, or the rest of the series for that matter.

Of course, the Cavs have endured more than their share of bad health in recent years. After brining LeBron James back to town, their 2015 championship drive was curtailed by injuries to Kyrie Irving and Kevin Love, allowing the Warriors to prevail in their first NBA Finals encounter. Last year, it was Golden State’s turn, as Stephen Curry never was the same following the knee injury he suffered in the first round against the Houston Rockets.

Health isn’t much of a problem for Cleveland right now. After a somewhat difficult regular season, the Cavs are at full capacity for the Eastern finals, and the midseason addition of Kyle Korver (48.5 percent from downtown) has paid huge dividends thus far. As for the Warriors, they did lose Andre Iguodala for the second half of Sunday’s game against the Spurs; he was also expected to have an MRI on his sore left knee, and might have to miss Game 2 as well.

At some point, the NBA will have to do more to address the way their players are falling apart after a long and punishing campaign. Nobody in Cleveland will be shedding any tears for the Spurs and Warriors, Good thing Cleveland doesn’t have to face the Celtics next, and everyone remembers what happened the last time these two teams met in the playoffs: Kelly Olynyk yanked on Love’s left arm and dislocated his shoulder. Another injury like that might not be enough to keep the Cavs out of the NBA Finals, but it sure would make it harder to keep the Warriors from taking that title back to Oakland.