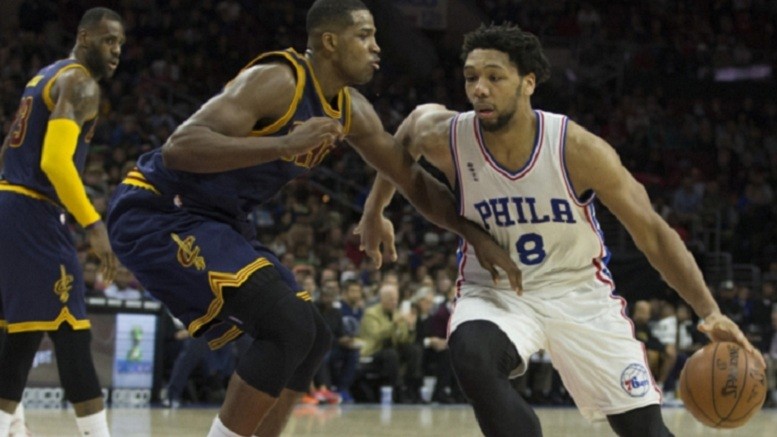 Cleveland led by as many as 20 points in their grind-out win over Boston. The Cavs were certainly feeling good about their three-point shooting capabilities through the first two quarters of play, as they drilled 11 of their 18 first-half attempts.

With a 17-point lead at halftime and a 20-point third quarter from James, it seemed like the Cavs were cruising to their 5th straight win of the season. However, the Celtics hung around down the stretch, just within striking distance.

As the final quarter waned, the Cavs ramped up their offensive intensity. After resting for the first few minutes of the fourth quarter, James reentered the game to rebut Cleveland’s dwindling lead. In the end, Boston wasn’t able to erase their first-half deficit.

In Thursday’s win over the Celtics, Kevin Love turned in a season-high 26 points (12 of 13 from the free-throw line), eight rebounds, and two blocks in 33 minutes of play.

– LeBron James is now within two points of Hakeem Olajuwon (26,946) for 10th place on the NBA’s all-time scoring list.

The Cavs have a 5-0 record for the first time in forty years (1976-77). Can the Cavs keep this train on the tracks? A focused LeBron James spoke with TNT after Thursday night’s win, saying:

“We’re off to a good start, but we have to continue to learn and continue the process.”

– Sixers (0-4, 5th in Atlantic): Tonight, Philadelphia will be seeking their first win of the 2016-17 NBA season. After dropping a tough one to the Charlotte Hornets on Wednesday night (109-93), the Sixers find themselves adrift on the seas of a four-game losing streak.

Philadelphia recently acquired 6″-10″ forward Ersan Ilyasova, along with a first-round pick, from the Oklahoma City Thunder. In his debut with the Sixers on Wednesday night, Ilyasova turned in a team-high 14 points , three rebounds, and two assists in just 23 minutes of playing time. Philadelphia Head Coach Brett Brown has suggested that the smooth-shooting big man from Turkey could see his role with the team elevated to starter-status going forward.

Whether it be due to the “injury bug” or attempts at landing a high draft pick, the Sixers have turned in a 47-203 record over their previous three-plus seasons. That’s an obvious disappointment for Philly fans. However, despite their 0-and-4 start to this year’s campaign, Coach Brown has stated that the Sixers are, in fact, not “tanking” this season.