Cavs Runaway in the Second Half; Have More Than Enough to Top Magic 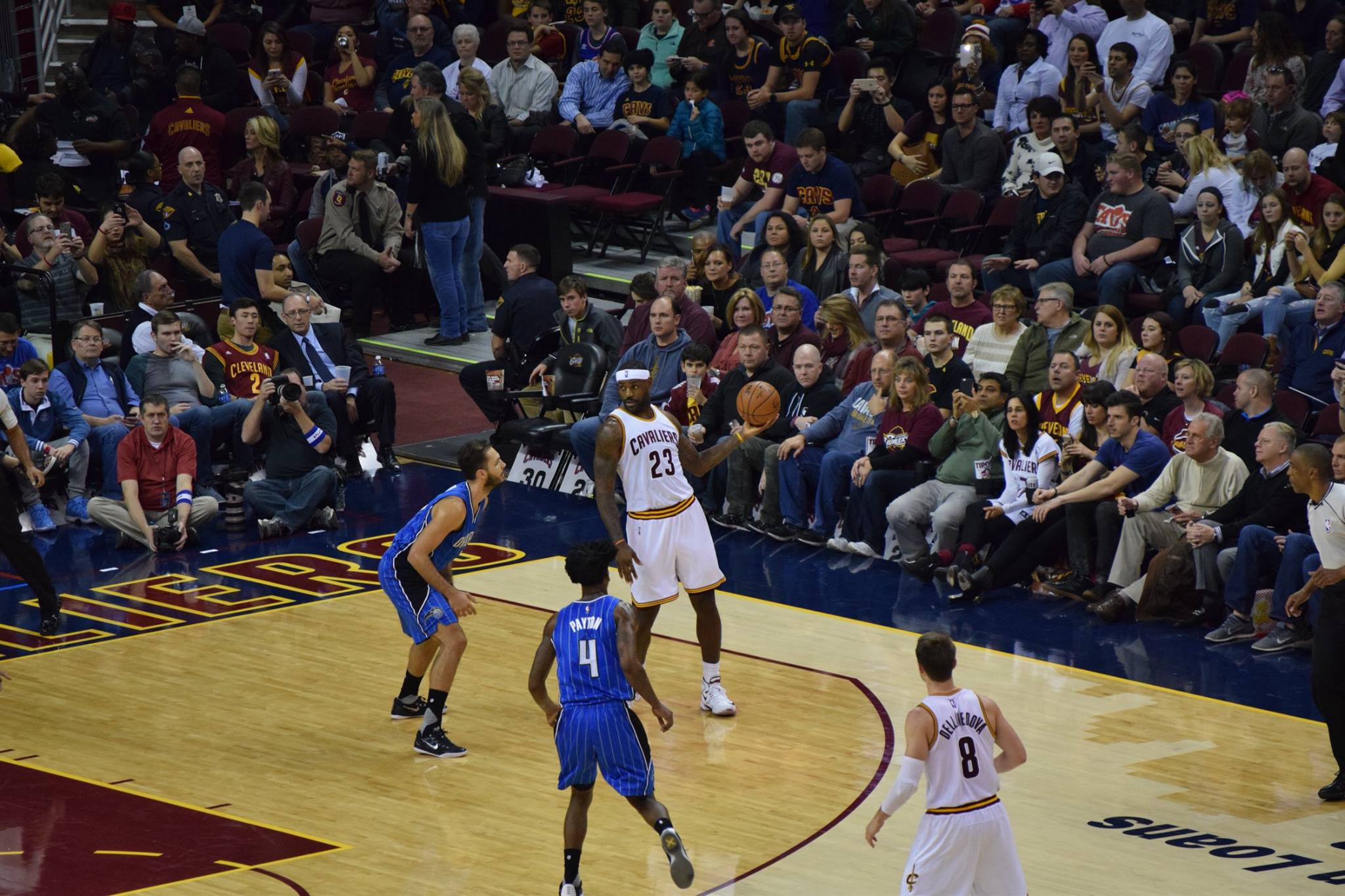 CLEVELAND – The Cavs improve to 11-3 on the season after a 117-103 victory over the Orlando Magic. The game was filled with storylines starting with LeBron James joining Oscar Robertson as the only players in NBA history ranking in the top twenty-five in both points and assists.

After the game, LeBron seemed very humbled to be in the same ranks as him, something he takes very seriously and near to him. However, he concluded with at the end of the day, those are just stats and it’s all about winning and win the Cavs did.

The Cavs were led by Kevin Love, who scored 34 points tonight, a new Cavalier high for him. Also joining him in the ranks, were JR Smith with 26 and Matthew Dellavedova with 15. Both are season highs for those guys as well.

In the second run of the game, the Cavs found ended up playing from behind, as Andrew Nicholson recorded his season high in points just two minutes into the second quarter.

He finished with 15 in the half and 18 for the game. The turning point for the Cavs came when LeBron checked back in the game around halfway through the second. After he came in, Kevin Love went off for 20 in the second quarter including 17 straight for the Cavs and five of six from three for the half.

The team continued this momentum through the third quarter, only allowing 21 points and starting to put the game in check. As a team, the Cavs made a season high 18 3 pointers shooting 51% from downtown.

They were also able to win the battle of the boards, outrebounding the Magic 41 to 39 who came into tonight third in the NBA in rebounding. The difference in starting lineups was the real killer for the Magic. Every one of the Magic starters went negative in the +/- department, with Vucevic, the low man, going -34.

The Cavs starters saw three go for season highs, LeBron have a double double, and Matthew Dellavedova falling one assist short with nine assists to zero turnovers. Tristan Thompson also fell one point short of a double double to go along with his thirteen rebounds.

This game was truly a battle of two halves with the Cavs pulling away in the second. The Cavs were efficient at moving the ball to everybody on the floor and being able to find the hot hand.

Their main struggles came early in the game, where they miss Timofey Mozgov by giving up some easy baskets right by the hoop. They tightened up their defense in the second half which led to a completely different game. The other area of concern tonight for the Cavs, is from the free throw line.

Video: NEOSI Cavaliers Post-Game From The Q After the Win over Orlando
Write Down Euclid: Deep in the Q