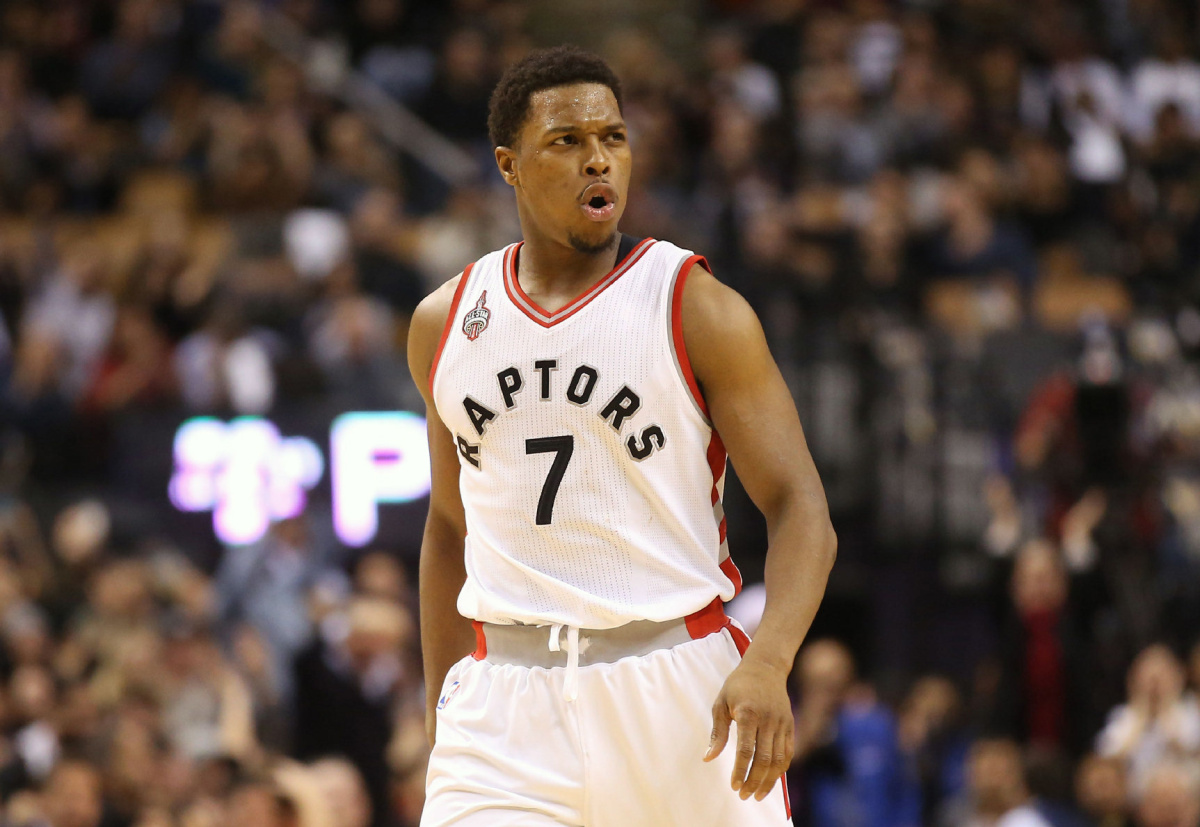 The Cavaliers took on the Toronto Raptors north of the border for a showdown between the two best teams in the Eastern Conference on Friday night.

The game did not disappoint, as each team took turns trading runs, but the Cavs blew a nine-point lead in the fourth quarter to fall 99-97.

Cleveland got out to a great start, leading 31-21 at the end of one quarter, but the Raptors clawed back in the second quarter to make it a four-point game at halftime.

The Cavs came out of the gate to start the second half on a good note, extending their lead to as many as 14, and would enter the fourth quarter ahead 77-68.

Lowry carried a heavy load for Toronto in the first three quarters, scoring 27 points heading into the final period.

DeMar DeRozan had his worst offensive performance of the season, going 0-for-10 from the field in the first three quarters, with just four points, all of which came at the free throw line.

DeRozan’s season-low in scoring coming into Friday night was 13 points. His off night was attributed to flu-like symptoms, as Toronto pulled him from the game at the start of the fourth quarter.

The Raptors came out on fire to start the fourth quarter, as Lowry and Terrence Ross hit back-to-back threes in the first 90 seconds to make it 77-74 in favor of Cleveland with 10:29 to play.

The Cavs responded to the run, getting the lead back up to nine with 5:38 to play, but Toronto would not go away.

Lowry would not let his team slip, getting it to a four-point game with four minutes to play.

DeRozan came back with less than four minutes to play and made his first field goal of the game to cut it to a two-point game.

Jonas Valanciunas knocked down a pair of free throws to tie it at 91 with three minutes to play.

LeBron James ended the 9-0 run by splitting a pair of free throws to put the Cavs back in front with 2:43 to go.

Ross gave the Raptors the lead on the next possession.

Kevin Love drained a clutch three from the corner to tie it on the other end.

Lowry backed down Matthew Dellavedova for an easy layup to tie the game with 51 seconds on the clock.

The Cavs tried to get something going, but Toronto’s defense was lockdown, forcing J.R. Smith to take a deep three as the shot clock expired. The shot was no good and Bismack Biyombo hauled in the rebound, prompting Raptors Head Coach Dwane Casey to take a timeout with 27 seconds to play.

Lowry dribbled the clock down, took a step-back deep two-pointer and knocked it down with Delly in his face. The Cavs would have 3.8 seconds to try to make something happen.

Love would try to inbound the ball, but was deflected by Biyombo and the referees called it out on Toronto, but would review the call.

The Cavs maintained possession, but 0.5 seconds ticked off the clock, giving the Cavs 3.3 seconds to work with.

LeBron airballed a three at the buzzer and the Cavs lost 99-97.

The Raptors role players made a big impact in the game, as Ross scored 15 points off the bench, Biyombo and Valanciunas each scored 11, and Valanciunas grabbed nine rebounds.

The Cavs fall to 41-16 with the loss and Toronto is now just two games behind Cleveland in the standings.

The Cavs travel to Washington D.C. to take on the Wizards on Sunday afternoon at 3 PM.

Joe Johnson Commits to Signing with Miami Heat
Cavs “Big Three” Not All It’s Cracked Up to Be; The East Now Has Two Beasts