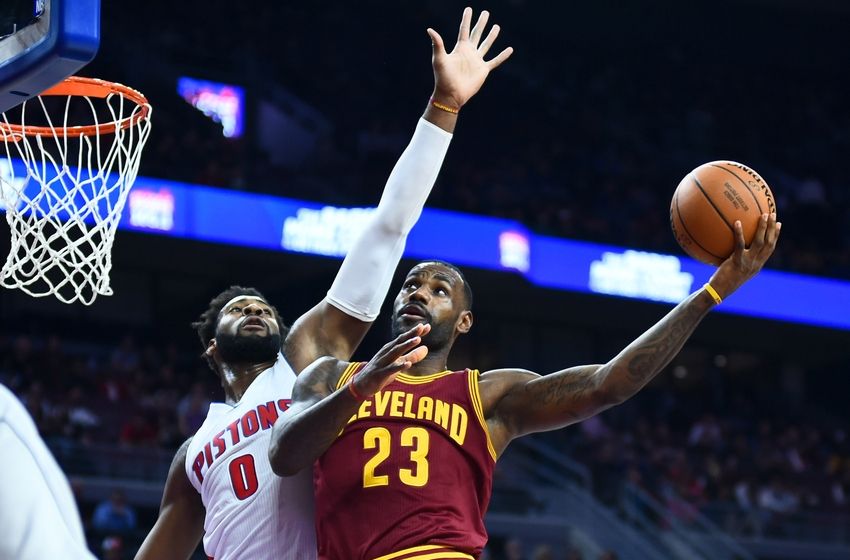 The Cavs returned from Oklahoma to take on the Detroit Pistons at Quicken Loans Arena on Monday night.

It was a horrible way to come back from one of their best wins of the season, as Detroit was in control all night and the Cavs fell 96-88.

Kevin Love followed up an impressive 29-point performance on Sunday by scoring 14 points in the first quarter against Detroit. Not much else was going offensively for the Cavs in that quarter, as Reggie Jackson scored 12 to help Detroit lead 33-28 after one.

Detroit maintained control in the second quarter, entering halftime with a 56-49 lead. Andre Drummond, Kentavious Caldwell-Pope, and Jackson combined for 40 points in the half.

Kyrie Irving and Love scored a combined 33 points in the half.

Detroit opened up the second half on an 8-0 run and would increase their lead to as many as 16, as some of the Cavs’ third quarter woes showed up again.

The Cavs made a bit of a comeback late in the third quarter, cutting the deficit to seven, as the Pistons would enter the fourth quarter on top 75-68.

Detroit opened up the fourth quarter on an 11-0 run to get the lead up to 18 with seven minutes to play.

Cleveland would not go down without a fight, however, making it an eight-point game with 3:22 to go.

Detroit wouldn’t let the Cavs get back in it, though, and the Pistons cruised to a 96-88 win.

All five of Detroit’s starters scored at least 14 points.

The top rebounder in the league, Drummond finished with 16 points and 14 boards.

Caldwell-Pope ended up with 19 points on 8-of-10 shooting.

It was one of LeBron James’ worst games of the season, if not his career, shooting 5-for-18 with six turnovers. He scored 12 points, which was tied for his lowest scoring game of the season.

The Cavs fall to 40-15 with the loss and are off Tuesday before hosting the Charlotte Hornets Wednesday night at 7 PM.