Cavs Pay Homage to Anderson Varejao After Dealing Him to Portland 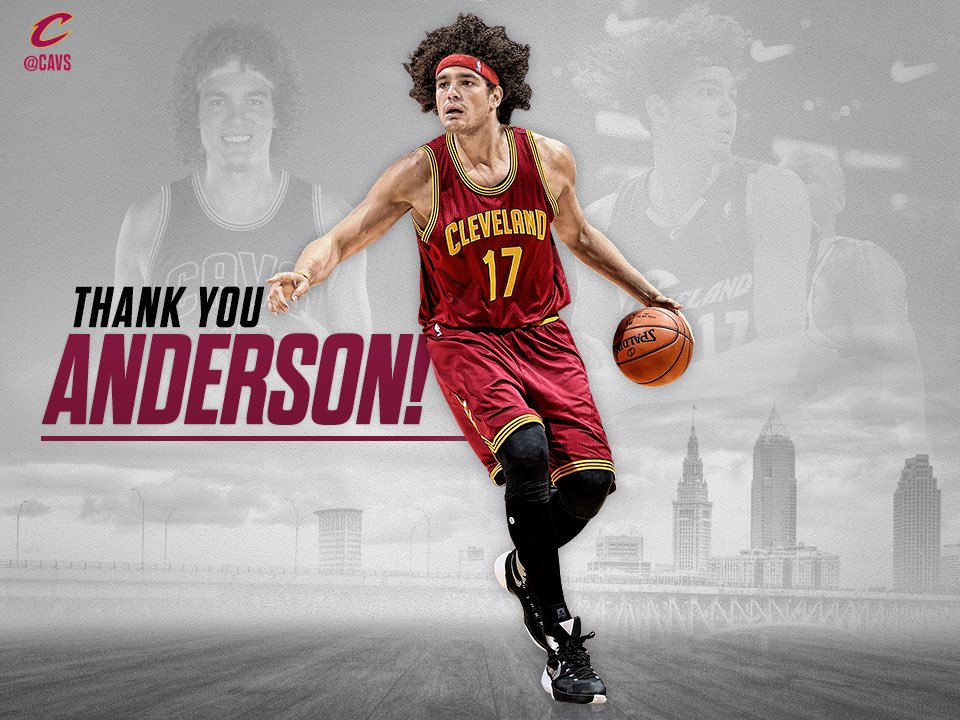 The Cavaliers paid a classy move to just traded forward/center Andy Varejao, sending out a tweet hours after he was traded to Portland as part of a three-team trade that brought Channing Frye to the Cavs.

Goodbye, thanks and best wishes to @VAREJAOANDERSON, a true pro and even better person! #ThankYouAndy pic.twitter.com/KdY2xYJmvA

Varejao played in just 31 games this season, averaging 2.6 points and 2.9 rebounds for the Cavaliers, who are in action tonight at home against the Chicago Bulls.