Cavs Look to Head to Toronto with More Focus than 2016 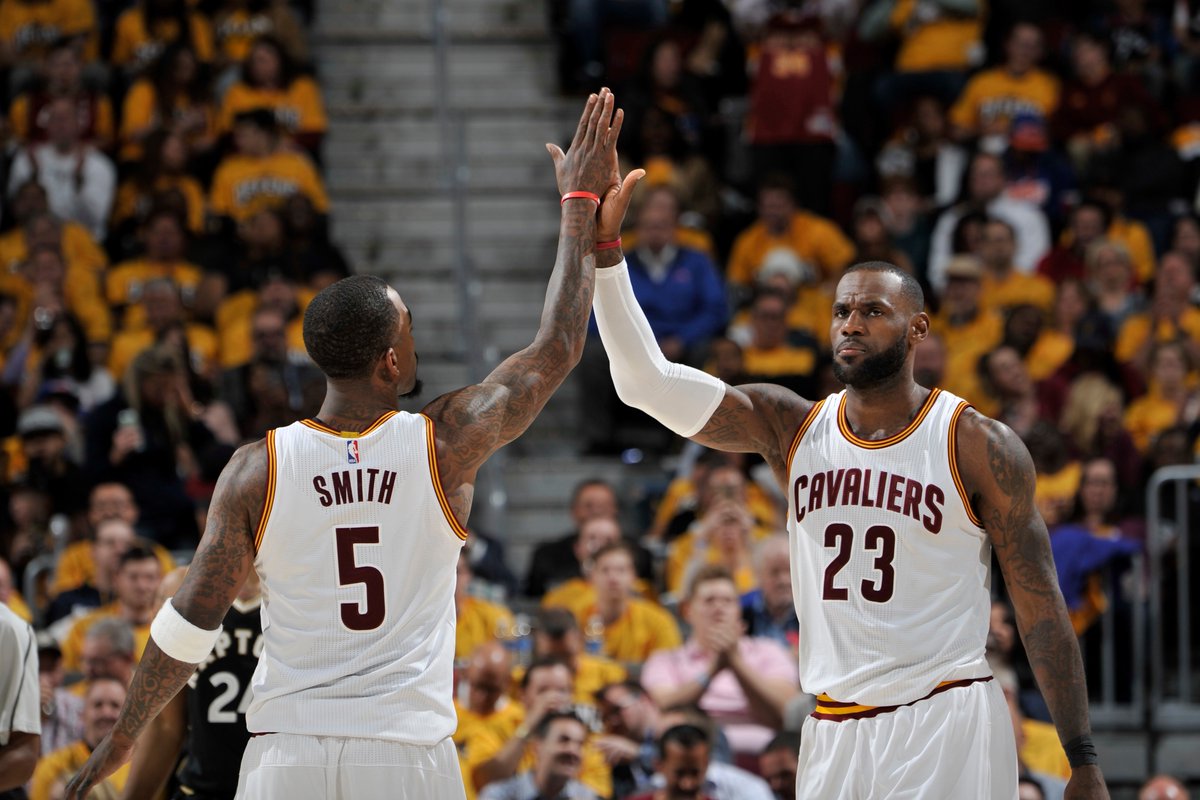 The Cleveland Cavaliers dominated the Toronto Raptors in each of the first two games of the Eastern Conference Semifinals, taking a 2-0 series lead before they head North of the Border.

Not much was different about how this series started compared to the 2016 Eastern Conference Finals, but the Cavs are hoping their response to the 2-0 lead is better than last year, when they lost the next two games on the road and the series went on to last six games.

“Last year, I don’t think we had the right mindset going into Toronto for Games 3 and 4,” Kyrie Irving said after Game 2.

“They really handed it to us, got the crowd involved and it’s just really loud in there. For us, we’ve just got to maintain our focus, maintain our wits about us and we’ll be fine.”

For Toronto, despite trailing, 2-0, and losing both games in dominant fashion, the team is not as disheartened as one might imagine, considering they faced this same situation one year ago.

“Now what are we going to do about it? We’ve talked about it for a week… We take our butt whooping and go home.”

Raptors point guard Kyle Lowry tipped his cap to LeBron James and the Cavs, but is more confident heading back home than he was during the two games in Quicken Loans Arena.

“They’re the defending champs and that’s what they look like right now,” he said.

“They’re playing extremely well, but I’m still confident in what we can do.”

We’ll see if the Cavs come out with more energy in Game 3 than they did in the 2016 Conference Finals or if Toronto can make a stand on their home floor.