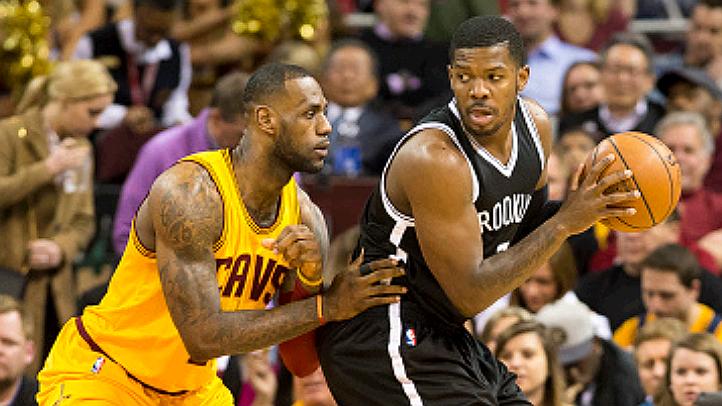 The Brooklyn Nets have waived Joe Johnson and the Cavs are one of several teams pursuing the veteran swingman.

The Cavs have two open roster spots because of the recent Anderson Varejao/Jared Cunningham trade and a trade that dealt Joe Harris in January.

According to Sam Amico of Fox Sports Ohio, Cleveland is the favorite to land Johnson.

Cavs reportedly would be favorites to land Nets' Joe Johnson after buyout. https://t.co/R4RfnRzJAx

We’ll keep you updated as the story progresses.

Cavs G Mo Williams To Remain Back from Road Trip to Get Treatment on Knee
Lue Says He Expects Shumpert To Play Vs Raptors; Guard Says He’s Not So Sure