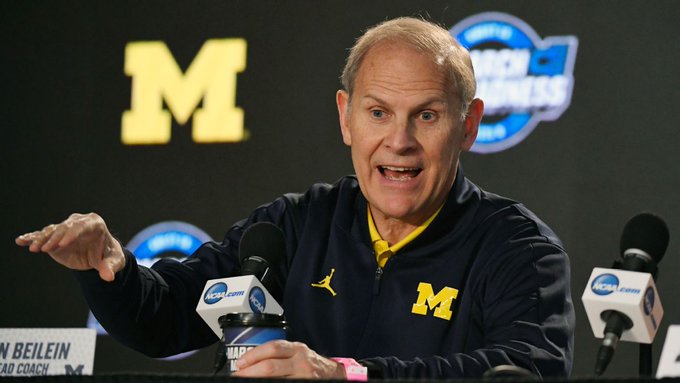 Since it was announced that Larry Drew would not return to the Cavs once the season ends, the team has been on the lookout for a new coach, and it appears they have found their man.

ESPN’s Adrian Wojnarowski is reporting that the team has come to terms on a five-year deal with University of Michigan coach John Beilein.

Wojnarowski states that Beilein told Michigan on Sunday that he was not coming back to the University this upcoming season.

The Cavaliers have been using the term “culture-driver” internally when discussing the possibility of hiring Beilein. He’s considered one of the elite offensive tacticians and teachers in basketball, a coach who has never been an assistant and climbed almost every level of basketball — coaching high school, junior college, Division III, II and 1. The final step in an odyssey that’s brought him an 829-468 college record has been the NBA — and now Beilein makes the leap.

Beilein, 66, has been entertaining thoughts about the NBA for several years and had detailed discussions with two franchises a year ago — Orlando and Detroit — before deciding to return to Michigan.

Beilein didn’t want to move his wife that far from Michigan, and the Pistons borderline playoff roster with little financial flexibility to make changes made staying in-state less appealing. Cleveland’s rebuild status, based on point guard Collin Sexton and a 14 percent chance — along with New York and Phoenix — to earn the No. 1 pick in Tuesday’s NBA draft lottery were appealing to Beilein.

He is expected to join the front office and ownership in Chicago for the lottery and draft combine this week.

The Cavs have a 14 percent chance at the first overall pick in Tuesday’s NBA Draft Lottery.