Cavs defeat Celtics 102-95, reports of their demise were greatly exaggerated 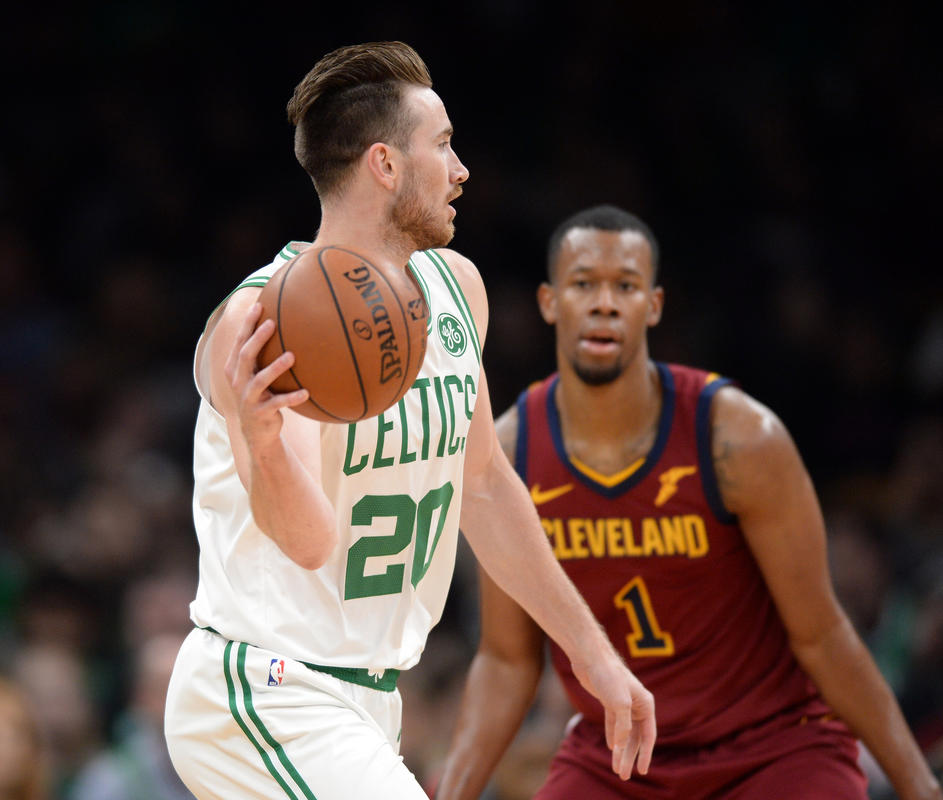 The Cleveland Cavaliers starters played fast. They played together.

They jumped out to a 32-19 lead against the Boston Celtics in the first quarter of their preseason opener and never looked back.

It might have been just one preseason game but from the whooping they put on the Celtics starters (sans Kyrie Irving), reports of the Cavs demise have been greatly exaggerated.

They no longer employ the best player in the NBA (or franchise history) in LeBron James, so they’re rightly not considered championship-contenders until proven otherwise. The likelihood of the Cavaliers exceeding expectations to the point of reaching the NBA Finals for the fifth consecutive year are slim and you didn’t need me to tell you that.

However, if Tuesday’s night drubbing was a sign of things to come, the Cavs should be a playoff team if they can continue to get balanced contributions and aggressive scoring from their starting lineup. Five-time All-Star Kevin Love (17 points), second-year small forward Cedi Osman (11 points) and fifth-year shooting guard Rodney Hood (10 points) led the charge for the starters, likely catching everyone by surprise with their pace and pressure on defense.

Poetically, Love knocked down the first shot of the game for the Cavs. A contested midrange jumper over the outstretched arms of Celtics All-Star Gordon Hayward, Love was found early and often, clearly comfortable being the first option for a team for the first time since 2013-14.

Hood wasn’t just more aggressive but looked to be faster, more athletic, more decisive and much-improved as a ball-handler. Osman was dynamic, his four assists a team-high, dropping off pocket passes as has become one of his specialties over the offseason. He also attacked the boards, gathering seven rebounds (tied for a team-high) and made his usual impact on defense.

Though Hill nearly went scoreless, missing all five of his field goal attempts, he was aggressive and his veteran savvy was useful in getting Love the entry passes he needed to make plays from the pinch post. He also added two-steals, which was tied for a team-high with rookie Billy Preston.

Collin Sexton, the eighth overall pick in the 2018 NBA Draft, has had his fair share of detractors since being selected as the franchise point guard. However, his gritty attitude, ability to improve as the game goes along and attack were on display in his debut. He scored 15 points and, despite three-point shooting not being his strength, went 2-3 from three-point range.

It took him and the second unit a bit of time to get their shots to fall but once Jordan Clarkson went off for seven quick points (he finished with 12), Sexton seemed to get it going soon after.

The biggest question the Cavs have really isn’t whether or not they can make the playoffs but how long it will take the team to start running like a well-oiled machine. If they’re able to play fast and instinctively, they’re not just going to dominate teams with sheer talent but they will be able to make it difficult for even the best teams to defeat them.

Mustangs Grind Out a 1-0 win over Mentor
Challenge Accepted; Indians Ready for the Postseason