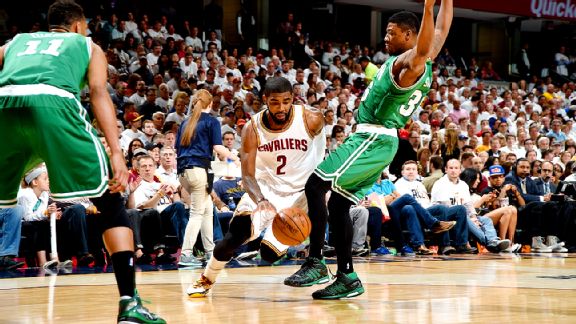 The Cavaliers played their second game in two nights at Quicken Loans Arena on Saturday night, hosting the Boston Celtics.

The Cavs started out terribly, trailing by as many as 18 in the first quarter, but picked up the pace in the second quarter, and pulled away in the fourth to trounce Boston 120-103.

The Celtics came to town riding a five-game win-streak, and stayed hot to start the game.

The Cavs turned it on in the second quarter, rallying back to take the lead before halftime, and Cleveland would enter the break on top 55-54. 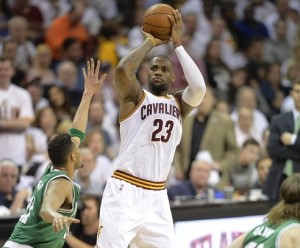 It was back and forth for most of the third quarter, but the Cavs ended the quarter on 14-4 run to enter the fourth leading 91-83.

Cleveland kept the run going to start the fourth, stretching their lead to 15.

The Cavs would not allow Boston back in striking distance and Cleveland cruised to a 120-103 victory.

LeBron finished with 28 points, 20 of which came in the second half. He also grabbed 11 rebounds and dished out eight assists.

Irving scored 20 points, doing most of his damage in the first half. 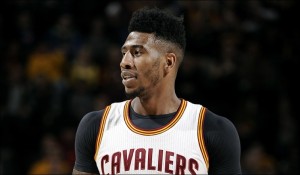 Iman Shumpert had one of his best games of the season, scoring 12 points with a career-high 16 rebounds off the bench.

Kevin Love had a rough night, shooting 1-for-6 from the field, but went 8-for-9 at the free throw line to finish with ten points.

Jared Sullinger put up a double-double with 17 points and 13 boards.

The Cavs improve to 44-17, winning their third-straight game, and now have a day off to rest before the Memphis Grizzlies (37-24) come to town.

5 Notes From Tribe’s 6-2 Loss to Giants
Audio: Matt Loede Chats with Bob Frantz of 106.5 The Ticket on the LeBron/Steven A. Smith Saga