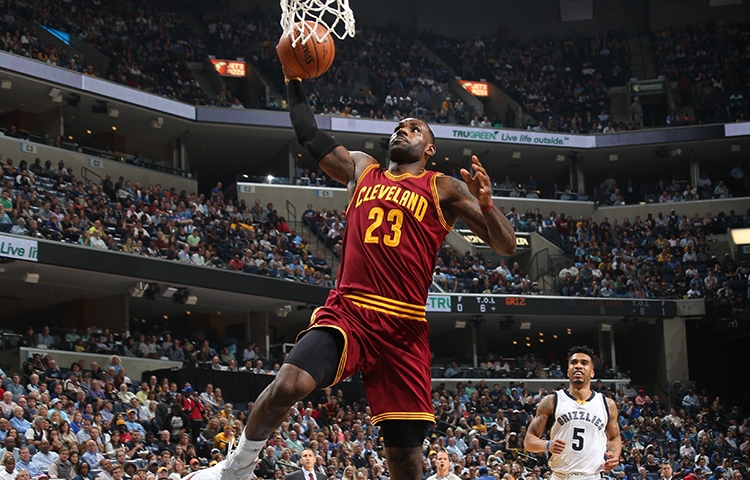 The Cavaliers bounced back after losing Tuesday night in Chicago and dominated the Memphis Grizzlies 106-76 to improve to 1-1 on the season.

The Cavs came out hot and Memphis could not have started any colder, shooting just 4 of 21 in the first quarter, in which Cleveland went on a 19-2 run.

Memphis would go on to finish the game shooting 35 percent from the field, making just 29 of 82 shots attempted.

The Cavs’ ball movement was a thing of beauty as Cleveland assisted on 15 of 21 field goals in the first half. The Cavs ended the night with 29 total assists led by J.R. Smith with seven.

LeBron James was fortunate to have a stress-free night, playing in the second game of a back to back and only had to play 31 minutes, but was still in the game with just over seven minutes to go in the fourth quarter and the Cavaliers ahead by 29 points.

Kevin Love had an outstanding night rebounding, grabbing eight boards in the first eight minutes of the game, finishing the night with 13 rebounds to go with 17 points.

After the game Love said, “We felt like we needed to play more physical…so we came out and set the tone early.”

Cleveland hit 13 three-pointers on 29 attempts, an improvement from Tuesday night in Chicago where they made 9 of 29 attempts.

The Cavs head home and have the night off tomorrow to get ready for the home opener Friday night at “The Q” to take on the Miami Heat.