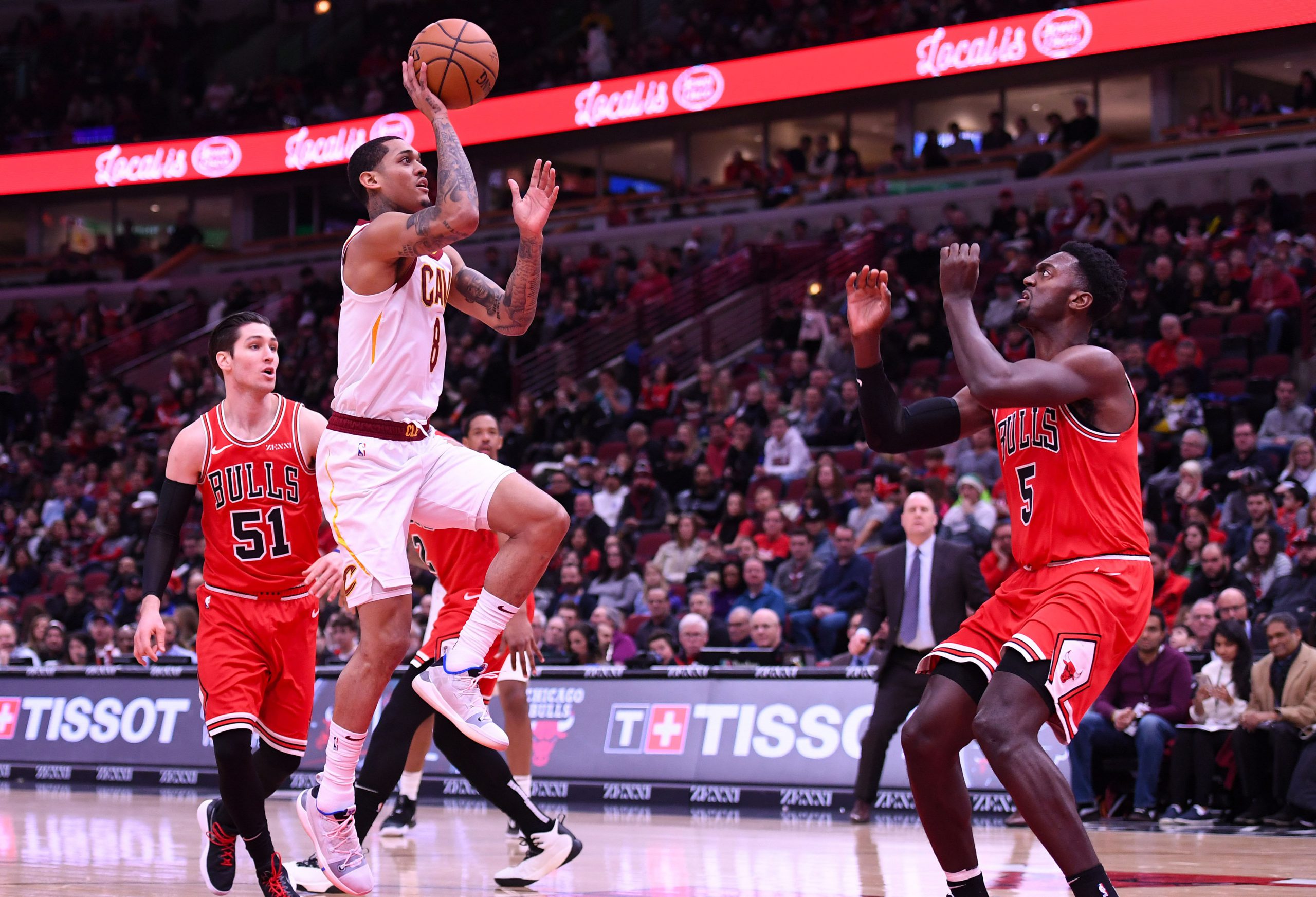 The Cavs are back at home for the first time since a win over the Orlando back on March 3rd, topping the Magic 107-93.

Since then the team has lost the last two games, losing on the road to the Brooklyn Nets and Friday night falling in Miami to the Heat, allowing 126 points in a 126-110 setback.

Overall the Cavs are playing .500 hoops since the All-Star break at 4-4, and were showing signs of improvement on both sides of the ball before the two setbacks on the road.

In the loss to the Heat one positive was the teams’ outside shooting, as the Cavs made a season-high 19 3-pointers, staying in the game but just not having enough offense to match Miami.

The Cavs are hitting from the outside as well as they have all season as of late, as they made at least 10 threes in 12 consecutive games, helping out their offense and also keeping them in games.

The team will be shorthanded tonight as they take on the Raptors, as Tristan Thompson (foot), Larry Nance Jr. (chest) and Matthew Dellavedova (concussion) are all listed out.

One player that is playing well this season against the Raptors is that of Jordan Clarkson, who enters the game tonight averaging 17.7 points, 3.0 rebounds and 2.0 assists in 28.3 minutes on three meetings with the Raptors.

The Cavs have yet to beat the Raptors this season, losing all three matchups to date, and Toronto has already cliched a playoff spot in the Eastern Conference.

Toronto has been on a roll, winning 10 of their last 13 games, which includes a seven-game winning streak in early to late February.

The Raptors beat up the New Orleans Pelicans, 127-104 on Friday night on the road, as All-Star Kawhi Leonard put in 31 points in the win for the Raptors.

Leonard is playing well against Cleveland this season, putting up 31.7 points and 9.0 rebounds against the Cavs in three meetings.

Sunday in Miami, Toronto again played well, topping the Heat 125-104. They tied a team record in the win over the Heat with 21 made 3-pointers, and that was without Leonard, who the team is 14-5 without this season.

After tonight’s showdown with the Raptors, the Cavs will head to the city of Brotherly Love to take on Philadelphia on Tuesday night.

Podcast: CLE Sports Talk with Casey Drottar – 3.11.19
Cavs vs Raptors Game Has All Out Brawl Break Out Between Serge Ibaka and Marquese Chriss