Cavs to ask Celtics for Brown, Tatum in trade 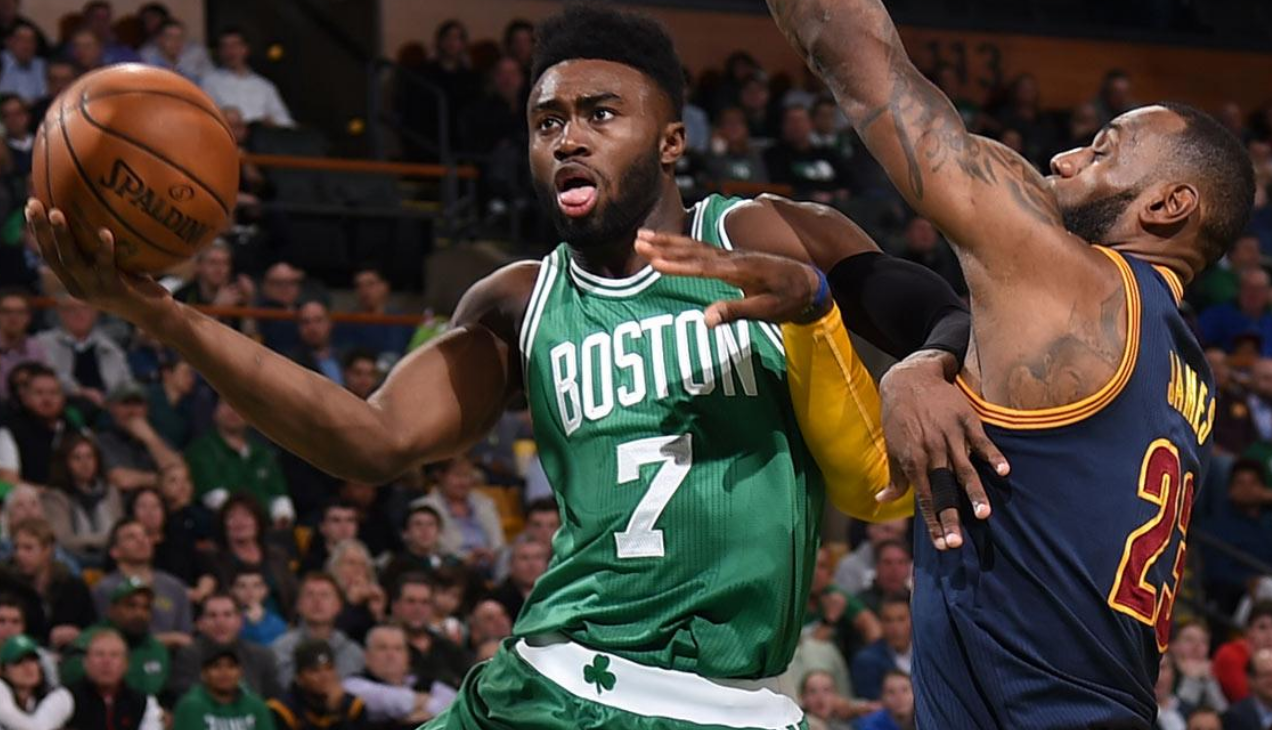 Late Friday night, news broke that the Cavaliers were going to ask the Celtics for further assets in the trade that sent Kyrie Irving to Boston, due to Isaiah Thomas’ hip injury.

The Cavs now have their asking price, and it is a steep one. Reportedly, the Cavs are going to ask the Celtics to include Jaylen Brown or Jayson Tatum in the deal that already included Thomas, Jae Crowder, Ante Zizic and the Brooklyn Nets unprotected 2018 first-round draft pick.

“Cleveland is going to try to inquire about a couple of the Celtics’ young players, Jaylen Brown, Jayson Tatum, who they tried to get in the original trade, that is very unlikely,” NBA insider Adrian Wojnarowski said during an appearance on SportsCenter.

“But Boston still has a war chest of future first-round picks of their own, and some picks they control from other teams, and Cleveland is going to try to get one more of those to finalize this deal.”

Brown averaged 6.6 points and 2.8 rebounds last year. The Celtics drafted Tatum with the third overall pick in the 2017 NBA Draft. As Wojnarowski said, however, the deal will likely be in a stalemate this week, but both teams have a lot to lose and would likely want to see a solution to the deal rather than see the trade vetoed.

“Boston is resisting, and will initially at least, resist this idea,” Wojnarowski said.

“Boston believes that it was completely transparent with Cleveland about where Thomas was physically, his rehab. Cleveland’s version of this is that they didn’t realize how long Thomas could potentially be out this season, he’s in the final year of his contract, and obviously, that matches up with what will likely be the final year of LeBron James’ current deal, and so there’s going to be a showdown between these two teams that may last a couple more days.”

Just when we thought the saga was over, it appears as though it’s just heating up.

Why “Pro Wrestler” John Cena, May Be Your Child’s Last Chance At A Sports Hero!
Indians pitching matchups vs. Yankees