Cavs are reportedly not shopping Kevin Love ahead of draft 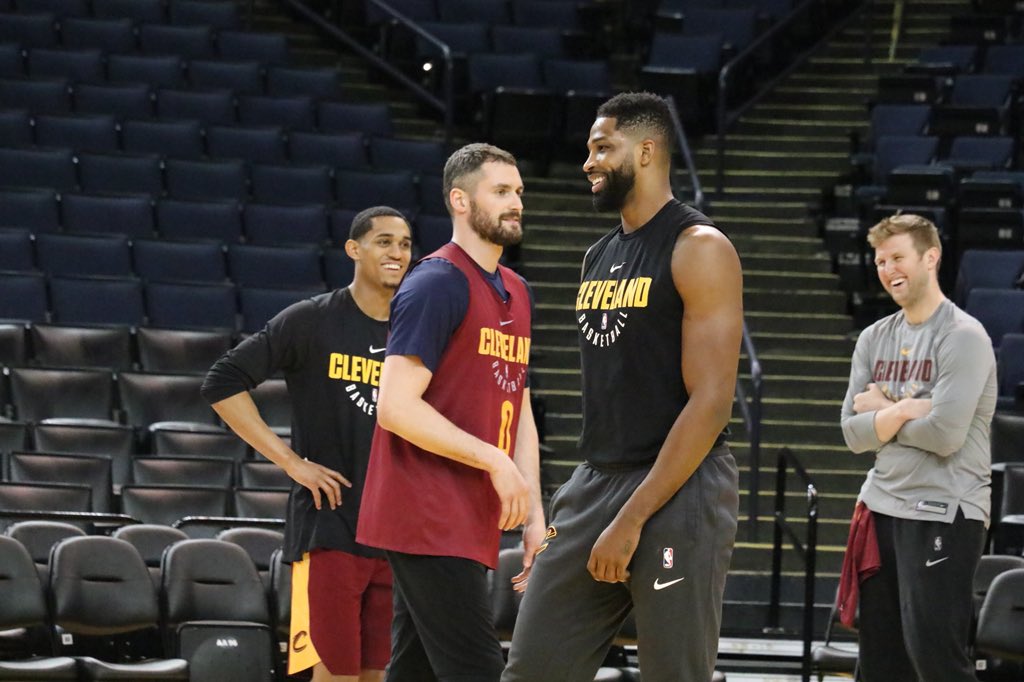 CLEVELAND– The Cavaliers reportedly have no interest in shopping Kevin Love ahead of the NBA Draft on Thursday night.

The news was first reported by ESPN’s Dave McMenamin. But maybe even more notably, the team is reportedly interested in keeping Love next season regardless of whether LeBron James stays or goes.

Love averaged 17.6 points and 9.3 rebounds in 59 regular season games. While his numbers remained down from when he was in Minnesota, in the beginning of the year Love settled in nicely to his role as a second option. His averages dipped from his initial 20-10 numbers as the Cavs tried to integrate Isaiah Thomas, and after Love missed significant time with a broken hand in January.

The report is interesting considering it has been a widely-held belief that Love would be used as a trade asset were James to leave in free agency so that the Cavs could begin a rebuild. It’s also worth noting that there likely aren’t many better assets on the trade market than Love.

Love has two years remaining on his contract, with a player option for the 2019-20 season. So if James leaves and the Cavs choose not to deal him, they could risk Love walking for nothing.

According to McMenamin’s reporting, Cleveland is also “entering the draft with the intention of selecting a player they will keep on their team next season.”

That means the team has leaked that they are unwilling to part with arguably their two best trade assets. So is this all just a negotiation tactic? It certainly wouldn’t be surprising.

Report: Cavs Among Teams Interested In Trading Up In 2018 NBA Draft
The Staff Of NEOSI Gives Their Draft Night Predictions For The Cavaliers