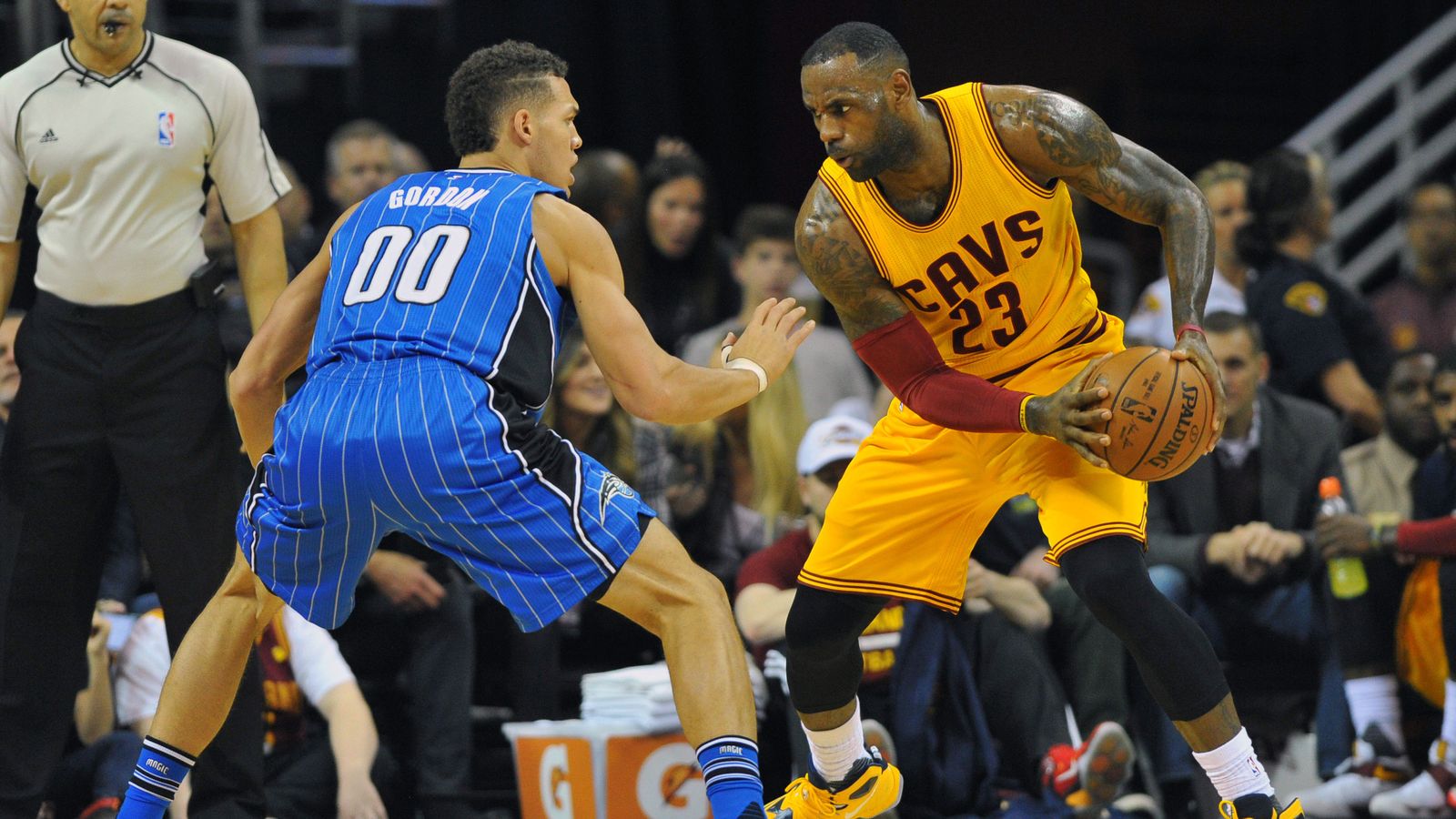 The Cavaliers returned to Quicken Loans Arena after a three day layoff, which followed a four-game road trip, and hosted the Orlando Magic Saturday night. It was never even close, as the Cavs were in control the whole way, en route to a 104-79 victory, improving to 14-1 at home on the season, and 22-9 overall.

The Cavs led 13-2 in the first five minutes of the game, and it was total domination the rest of the quarter, as Cleveland owned a 29-13 lead at the end of the first. The Cavs had already won handily over the Magic the first two times they met, once in Cleveland and once in Orlando.

It was more of the same in the second quarter, as Cleveland jumped out to a 29-point lead with six minutes to play in the first half.

The Cavs would enter halftime leading 55-32. LeBron scored 20 in the first half.

Orlando had their first solid quarter of the night in the third, but could not stop LeBron, who added nine points to his total in the quarter. The Magic would enter the fourth quarter trailing 81-53.

The Cavs’ stars were able to rest in the fourth quarter and the second unit did the job, closing out Orlando to win 104-79. Orlando’s leading scorer was Aaron Gordon, off the bench, with just 11 points.

LeBron finished the night with 29 points on an efficient 11-of-18 shooting. Next up for the Cavs, it gets a bit tougher, as the Toronto Raptors come to town Monday night. The Raptors (21-13) defeated Cleveland the last time they met in Toronto, and currently hold the second-seed in the East.

Cavs’ big-man Timofey Mozgov has had a rough go of it this season, but he made some of the best plays we’ve seen in the 2015-2016 season against Orlando. Head Coach David Blatt recently made a change in the starting lineup, inserting Tristan Thompson and bringing Mozgov off the bench.

The Cavs are 3-0 since that move, and perhaps Mozgov is thriving in the new role, as well. He finished with seven points and five rebounds in just 13 minutes, and even dished out a beautiful pass.

Irving is currently leading Eastern Conference point guards in All-Star voting, which is clearly not fair to point guards John Wall and Kyle Lowry, who are having great, healthy seasons, unlike Kyrie. Irving did have a good game against Orlando, though, scoring 13 points and dishing out five assists in 21 minutes of action.

Love and Thompson each had fantastic nights rebounding, as both posted double-doubles. Love scored 10 points with 13 rebounds, and Thompson put up 10 points with 12 boards. The starting frontcourt duo has been excellent in the three games since Thompson was inserted into the starting lineup, as Tristan is averaging 9.6 rebounds over the last three games, while Love is averaging 11.3 per game in that stretch.

Magic Wears Off Against Cleveland

Orlando has had a good season so far, going 19-15, but when it comes to facing the Cavs, the magic has worn off. Cleveland is 3-0 against Orlando this season. The Cavs won their first meeting of the season in November by a score of 117-113 at the Q. They met again in December in Orlando, and the Cavs won by 35.

The Cavs have now won 13 games in a row against the Magic. Keep in mind, this long win-streak vs Orlando includes time that LeBron was in Miami.